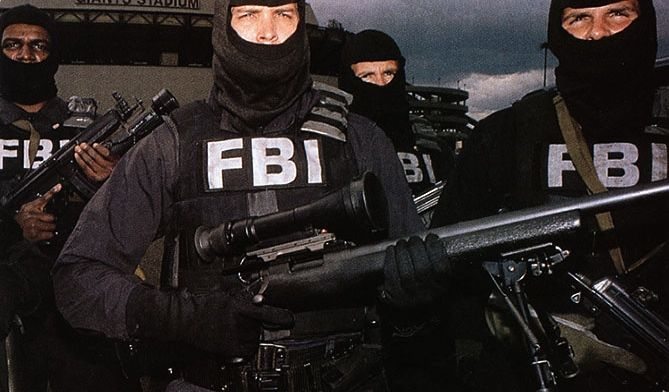 Three former Orangeburg County Sheriff’s Office deputies are going to prison after they were caught by undercover FBI agents posing as Mexican drug cartel members, according to a release from the U.S. Attorney’s Office of South Carolina.

Franklin and Hunter received longer sentences for their alleged roles in conspiring to get fake visas in exchange for bribes, in addition to the drug conspiracy charges, according to the release.

Franklin, Hunter, and Shazier were caught by undercover FBI agents between December 2018 and March 2019, according to the evidence presented at court.


During that time, Franklin, Hunter, and Shazier made a deal with “cartel members” (who were actually FBI agents) to protect trucks full of drugs including meth and cocaine for the cartel, the news release said.

Franklin and Hunter also created fake Visa documents that are supposed to be for victims of crimes who have suffered abuse and are helpful to law enforcement, according to the news release.

“Those sentenced were trusted by their communities to serve and protect,” Susan Ferensic, FBI special agent, said.  “Instead, while still wearing a badge, they decided to work on behalf of a drug cartel and facilitate the distribution of illegal drugs.”

Following their 3-to-5-year sentences, the three former Orangeburg County Sheriff’s Office deputies were ordered to supervised release for 36 months. There is no parole in the federal system.

“These sentences highlight that no one is above the law,” Acting U.S. Attorney M. Rhett DeHart said.  “Anyone brazen enough to conspire with cartels to commit crimes, especially those placed in public trust, will be met with the full force of the federal government.”