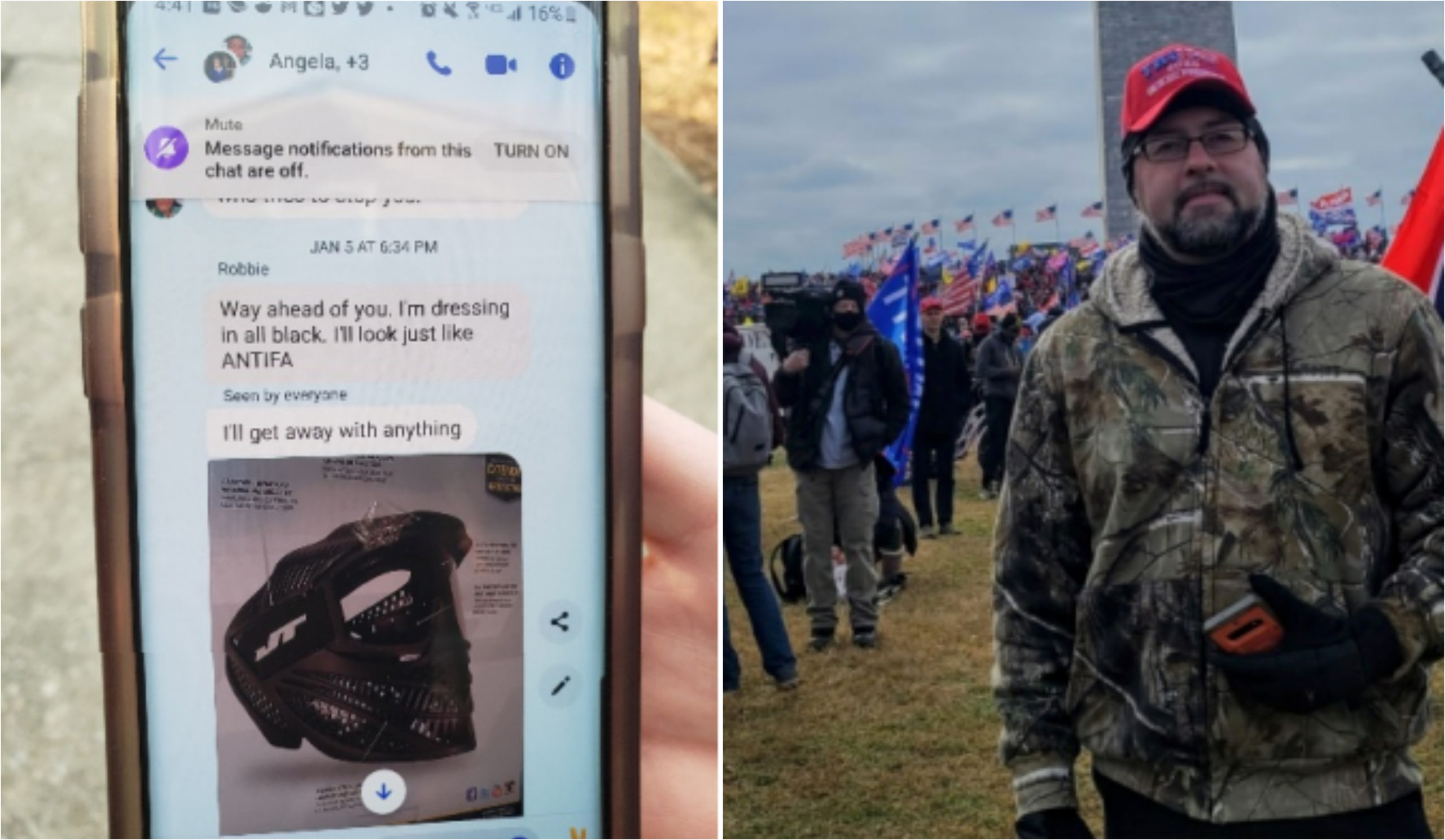 A South Carolina man who allegedly bragged about beating police officers during the January 6. riots at the U.S. Capitol is facing federal charges.

According to a federal complaint, Norwood texted a group chat on Jan. 5. saying he was going to go to the U.S. Capitol dressed in all black and “posed as Antifa” to fool the cops.


Two days later, on the morning after the Capitol was invaded, he sent the group another text, according to the complaint.

“It worked…. I got away with things that others were shot or arrested for.

Norwood claimed that he saw “Antifa being bussed in and escorted by the police.”

“The cop shot a female Trump supporter,” he texted the group at 9 a.m. Jan. 7. “Then allowed ‘ANTIFA Trump supporters’ to assault him. I was one of them. I was there. I took his shit.”

He then sent a selfie of himself in what looks like U.S. Capitol Police gear under his camo jacket.

Norwood then bragged about how he assaulted police officers, according to the federal complaint.

“I fought 4 cops, they did nothing. When I put my red hat on, they pepper balled me,” he texted the group, according to the federal documents.

He also claimed in the text messages that he stole police equipment.

“I got a nice helmet and body armor off a cop for God’s sake and I disarmed him,” he said.

Norwood’s relative, who ended up turning him in, tried to call him out for his hypocrisy.

“You admitted to going and being something you’re accusing other people of being,” the relative texted Norwood. “And then got mad and blamed others for the same thing you did. What the actual f*ck is wrong with you?”

Norwood continued to defend his actions in texts.

“The one cop who deserved it, got it,” and “The cops who acted shitty got exactly what they deserved . . . The ones who were cool, got help.”

The FBI director has repeatedly said that there has been no evidence of Antifa at the U.S. Capitol riots.

Norwood was interviewed by FBI agents in Greenville on January 22. He told police that he traveled to Washington D.C. for the Trump rally.

He also admitted that he entered the U.S. Capitol building. He claimed that two U.S. Capitol officers waved him in and said “I’m on your side,” according to the federal documents.

Norwood claimed he protected several officers from being assaulted by the crowd.

When asked about the police gear he allegedly acquired, Norwood said he found a pile of police equipment on the ground outside of the Capitol as he was leaving. He said someone else put a police vest on him and he took a helmet from the the pile.

Norwood denied assaulting police officers and said he was just trying to sound tough in the text messages.

Norwood then provided the FBI with a selfie from the Trump rally on Jan. 6.

In February, the FBI reviewed security footage from the U.S. Capitol and spotted Norwood multiple times, according to the federal complaint.

Norwood was charged with with violent entry and disorderly conduct on Capitol grounds, obstruction of justice and Congress, theft of government property, and knowingly entering or remaining in any resticted building without authority, according to the arrest warrant.

Read the full complaint below…


In January, South Carolina resident Andrew Hatley, who allegedly posed for a selfie with the John C. Calhoun statue, was charged in connection to the U.S. Capitol riots.

On the evening of the Capitol riots, then U.S. Attorney for South Carolina Peter M. McCoy Jr. released a statement that warned South Carolina residents who participated in the riots.