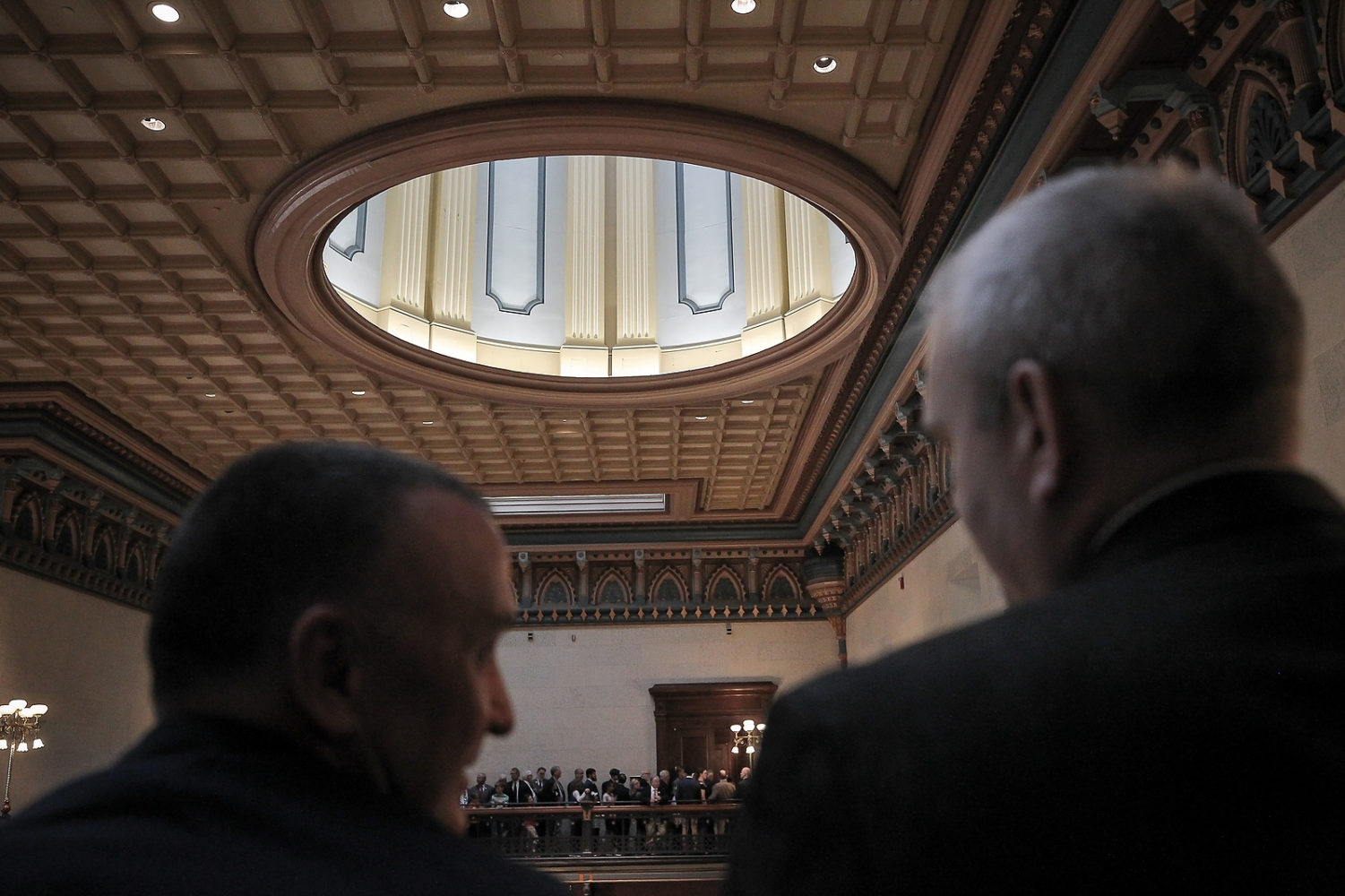 Allegations of threats and ethical improprieties roiled a pair of high-profile South Carolina judicial races on Wednesday, with last-second leaks bursting forth right up until the very moment state lawmakers gathered in a joint session of the S.C. General Assembly to cast their votes.

The most prominent allegations involved threats reportedly made against a former GOP official by Steve Benjamin  – the Democratic mayor of Columbia, S.C. and husband of S.C. circuit court judge DeAndrea Benjamin.

Judge Benjamin was a candidate for a seat on the S.C. court of appeals – a race which turned exceedingly political and acrimonious in recent weeks (and which resulted in our founding editor Will Folks getting dragged into the fray).

This news outlet was not immediately able to identify the official who was targeted with the alleged threat, but multiple lawmakers told us they saw a text message from Benjamin that would appear to confirm the allegation.

“People’s family members have been threatened,” one lawmaker told us, adding “and there’s evidence.”


Meanwhile, a candidate for the S.C. thirteenth judicial circuit was accused of improperly attending a political event earlier this week – the same behavior which led to a candidate being ousted from a S.C. supreme court race four years ago.

According to our sources, deputy U.S attorney Lance Crick attended a Republican “First Monday Club” meeting at the Poinsett Club in Greenville, S.C. along with his wife. S.C. House speaker Jay Lucas was giving the keynote address, and multiple lawmakers were in attendance.

A complaint against Crick was reportedly filed and passed along to members of the S.C. Judicial Merit Selection Commission (JMSC) by influential S.C. Senate judiciary chairman Luke Rankin.

Crick’s supporters acknowledged his attendance at the event, but told us he did not speak to Lucas or any of the lawmakers at the gathering about his candidacy – and that he immediately notified legislative staff when he learned the event was partisan in nature.

Additionally, Crick backers told us he already had the support of five of seven senators (and eleven of fifteen House members) in Greenville county – making his attendance at such a gathering largely irrelevant.

Still, others maintained Crick should be held to the “same standard” as Ralph King Anderson of Florence, S.C., who was “un-nominated” from a S.C. supreme court race in 2016 after showing up uninvited to a S.C. Senate Democratic caucus gathering.

“It’s the same thing,” one Democratic lawmaker told us. “Are Republicans not going to hold their judicial candidates to the same standard?”

The controversy wound up being moot as Crick lost his race to G.D. “Doc” Morgan Jr. of Greenville, S.C.


The dueling dramas were the talk of the S.C. State House at around 12:00 p.m. EST on Wednesday (February 3, 2021) – which is when members of the State Senate traversed the lobby of the historic capitol building to participate in a joint session in the chamber of the S.C. House of Representatives for the purpose of electing judges.

Many lawmakers expressed frustration that yet another judicial election cycle had devolved into chaos.

“We have to get out of the business of electing judges,” one Upstate GOP lawmaker told us.

A midlands Republican agreed, and indicated legislation to that effect would be introduced in short order.

Unfortunately, state lawmakers – many of whom are attorneys who rely on their close relationships with judges – are unlikely to surrender this authority anytime soon.

As we often note, South Carolina is one of only two states in the nation in which lawmakers elect judges, a process which has led to all manner of insider dealing … not to mention preferential treatment shown to powerful lawyer-legislators once the judges they elect take their seats on the bench.

We have argued for years that South Carolina should abandon this shady model and instead adopt the federal method of judicial appointment … in which governors select nominees with the advice and consent of the legislative branch.

Only then will we have an independent judiciary … and only then can we begin to have some measure of trust in the process by which judges are elevated to their posts.