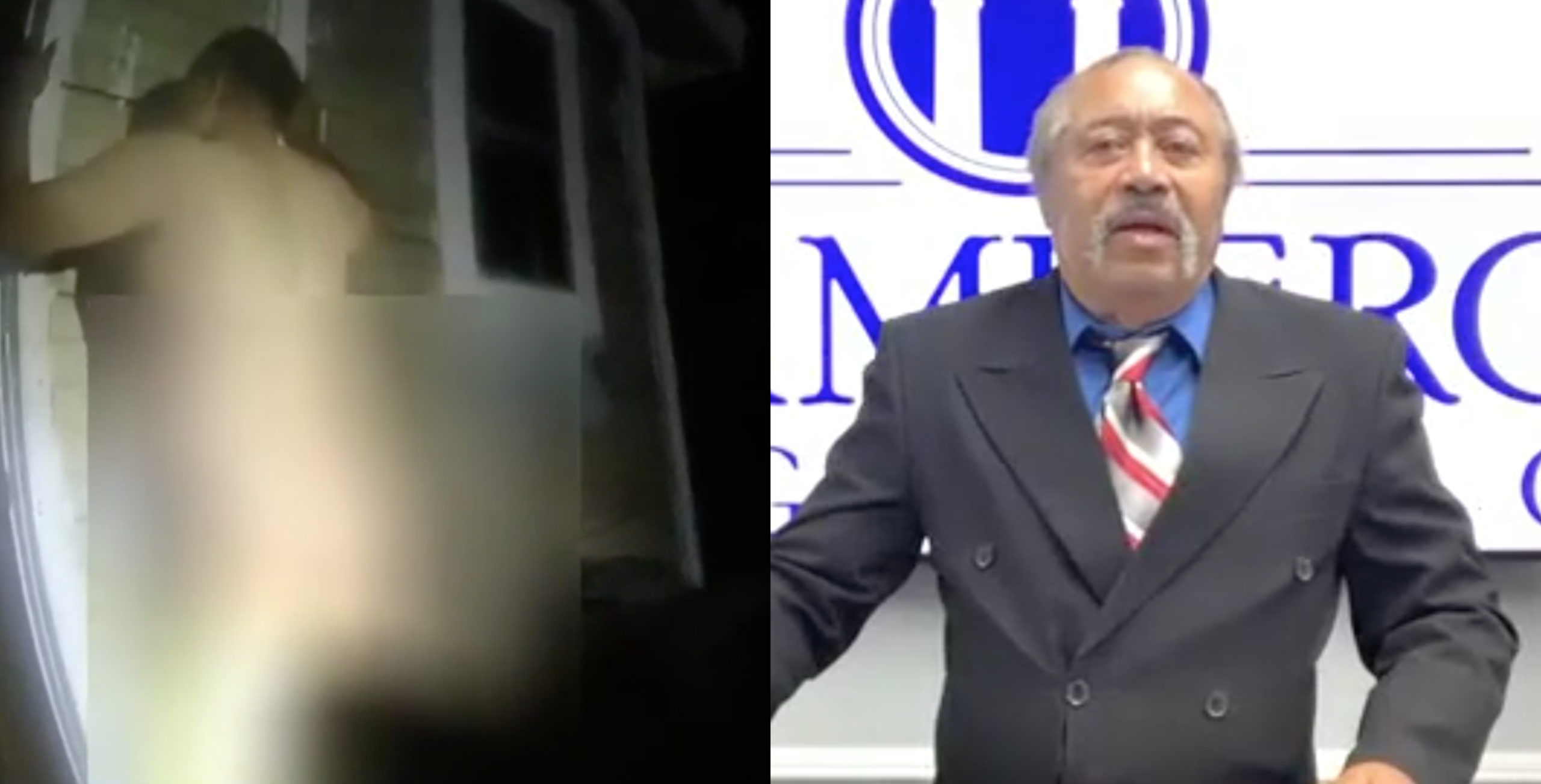 On June 3, 2019, Rock Hill, South Carolina police officers woke up a sleeping 71-year-old man and held him at gunpoint naked while they illegally searched his home for teenagers accused in a crime that had nothing to do with the elderly man, according to a recently filed lawsuit.

Now, 71-year-old Jethro DeVane is suing the City of Rock Hill for irreversible damage done that night — and he’s sharing his story with the world. Since his lawsuit was filed last week, its made headlines in Fox News, the Washington Post, and ABC News. It even landed a mention in the Merriam Webster dictionary.

DeVane is being represented by state representative Justin Bamberg, who has recently emerged as the go-to lawyer for Americans across the country wronged by police officers. Bamberg, the son of the sheriff-elect in Bamberg County, brings a different perspective to criminal justice reform.

“I come from a family of law enforcement,” Bamberg recently told The Hill. “I support them. We need them. But what we’re not going to stand for is law enforcement trampling on the rights of American citizens.”

A citizen called Rock Hill Police that night to report four teenagers in hoodies acting suspiciously and entering the citizen’s car illegally. This happened down the street from DeVane’s home.

DeVane, asleep in his bedroom naked, awoke to a bright light shining in his window, according to the lawsuit. He walked to his back door and peaked out to see what was going on.

Then, he was startled by a police officer who slowly approached him with his gun drawn.


“Rock Hill police.. let me see your f*cking hands,” officer Vincent Mentesana yelled. “Get out. Get out. Don’t f*cking shut that door.”

DeVane, who is elderly, clearly did not fit the description of the four teenagers. He was “naked and afraid” as he held his hands up and the officer continued to curse at him, the lawsuit said. He was worried that the officer was going to shoot him.

The cops then ordered DeVane to his back yard while they searched the home, the lawsuit said. He was still naked as the gun was pointed at him. At one point, Mentesana pointed it at his head.

“Face the house right now, I don’t want to talk to you,” Mentesana yelled.

At this point, the officers weren’t even sure the teenagers had committed a crime, the lawsuit said. There weren’t any reports of violent crimes in the area.

After Rock Hill Police completed the search, Mentesana finally told DeVane what was going on.

“The reason we did that is because we got a group of four juveniles – what we think – four males running around trying to break into cars,” Mentesana explained.

“He did so in an attempt to ensure he would make it through the interaction alive given the extreme hostility, profanity, and action of Officer Mentesana,” the lawsuit said. “He also felt it would help let the Officers know he was truly an innocent citizen.”

Mentesana didn’t bother apologizing and continued to act hostile after the search was over, according to the lawsuit

The lawsuit alleges that the police officers actions were illegal for several reasons. They did not have a warrant to search the property and they effectively kidnapped the 71-year-old man “against his will when he was forced out of his house at gunpoint under the duress that he would be shot.” Also, the officers did not have legal permission to do the search.

However, Rock Hill Police officials found nothing wrong with the way officers handled the incident, aside from Mentesana’s “discourteous” behavior, according to the lawsuit.

The lawsuit emphasized that there was no reason for officers to suspect DeVane committed a crime. Officers had not seen the four teenagers on his property and had no reason to be there in the first place, the lawsuit said.

At a recent press conference, Bamberg said DeVane was treated “less than human” and “without any ounce of decency.”

“The Constitution in America only means something if goverment respects it,” Bamberg said.”If the policy, as the chief says, authorizes this kind of conduct, there is apparently a problem in the Rock Hill police department, where the Constitution doesn’t mean anything to them.”

DeVane said he was embarrassed and forever scarred from the incident.

While DeVane’s case is gaining national attention, it is among many lawsuits filed in South Carolina this year accusing law enforcement officers of abusing their power and illegally mistreating citizens.

Here are a few of those stories:

We will continue to report on these important stories in 2021. Stay tuned…