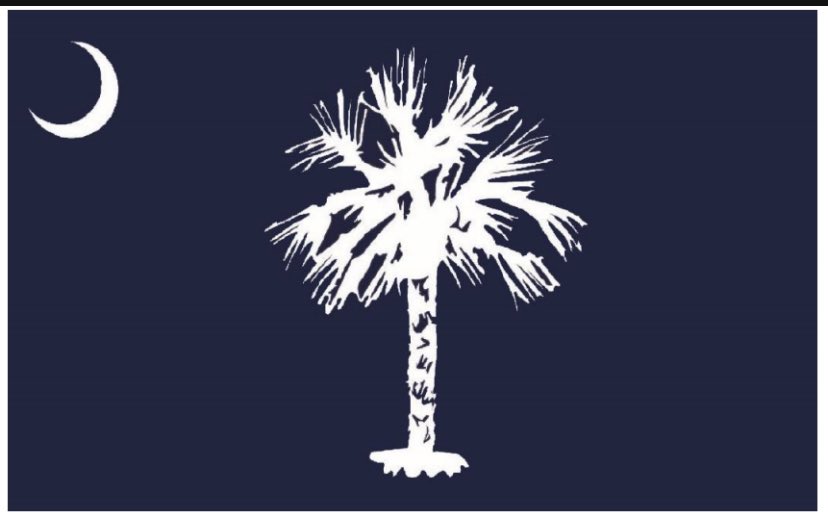 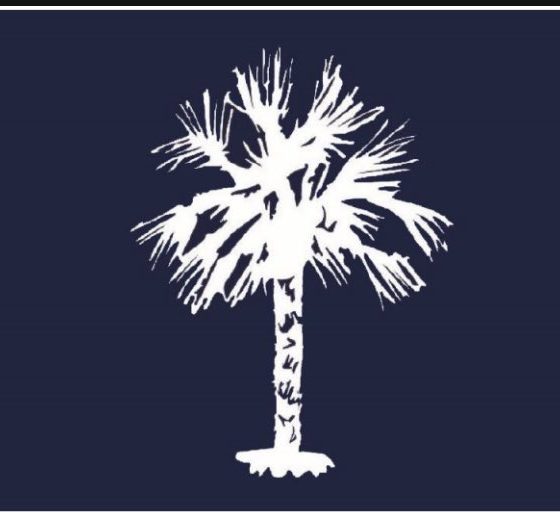 We can all agree — South Carolina has much bigger problems to conquer in 2021.

According to various 2020 studies, South Carolina ranked 44th for education, the 2nd worst state to have a baby, the 8th least vaccinated state, the 4th worst state for working moms, and the 6th fattest state in the U.S. And really that’s just the start of SC’s problems.

Despite all of those troubles, one thing we’ve always had going for us is our unique and aesthetically pleasing flag design with a robust palmetto tree in the center and a crescent/gorget (not a moon) in the upper left corner. It’s been named the best state flag in the U.S.

South Carolina had a good thing going with its flag — and 2020 tried to take that too.

On Monday, Post and Courier reporter Avery Wilks dropped a story that shook SC Twitter. Wilks reported that South Carolina has never nailed down a final design for its state flag and finally in 2020 historians “settled on a new model for the General Assembly to vote on when they reconvene in January.”

To put it lightly, the Internet was outraged by the design — mostly angered by the Palmetto tree’s pathetic fronds.

“It looks like it got the electric chair,” one South Carolinian commented.

Several said it looked like the Charlie Brown Christmas tree.

“The tree looks like it just survived a hurricane,” another angry South Carolinian commented.

People had questions. Like why are historians designing a flag? Who decided that trash tree looked good? What’s so bad about keeping the flag the way that it is with a choose-your-own-adventure design?

Some even showed how easy it would be to design a better flag than the one nameless historians settled on.

“As it turns out, people hate it. They really, really hate it,” Wilks reported on Wednesday (note: read his story for a good laugh).

Unlike all the other major problems faced by the Palmetto state, officials actually took the backlash to heart and decided to rethink the design of the flag before sending it to lawmakers this year, the Post and Courier reported.


The news was celebrated on SC Twitter. Many saw it a sign of good things to come in 2021.

“If we squawk enough they will go back to the drawing board. I sure hope this works for all legislation coming up in January,” one person tweeted.