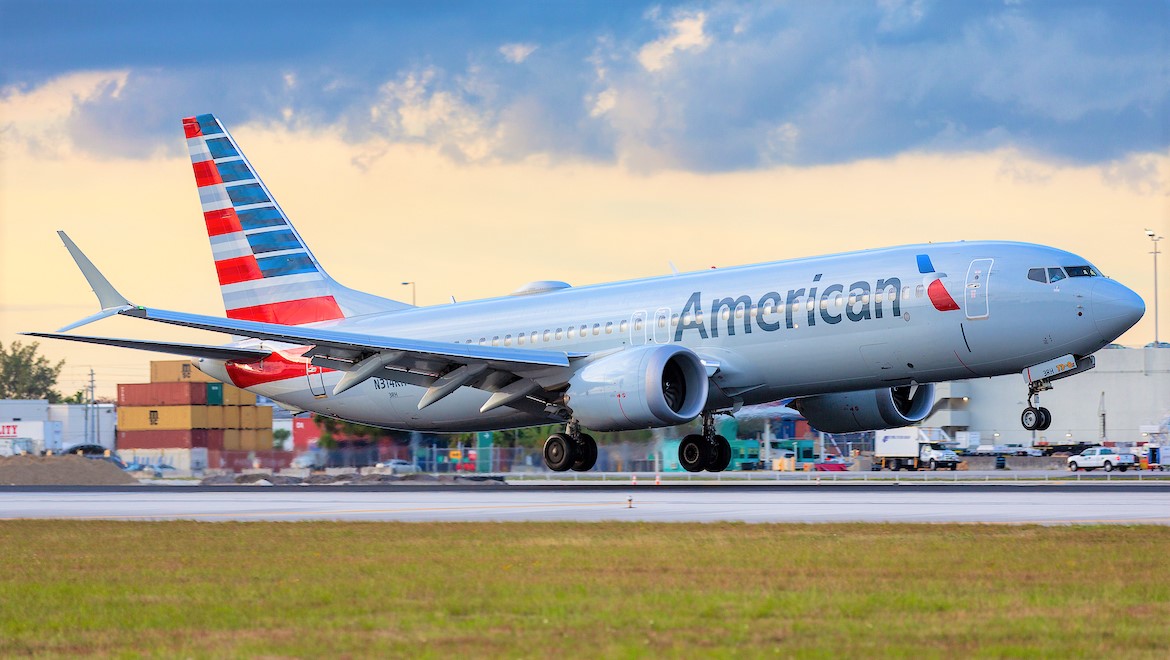 Crony capitalist aircraft manufacturer Boeing saw its much-maligned 737 Max aircraft return to the skies for the first time commercially in nearly two years following its grounding in March of 2019.

American Airlines flight 718 left Miami International Airport (MIA) at 10:40 a.m. EDT and landed safely at LaGuardia Airport (LGA) in Queens, New York at 1:08 p.m. EDT. A total of 87 passengers were on board – including the president of the airline and several family members of its crew.

“We have the utmost confidence in the safety of this aircraft,” pilot Sean Roskey said prior to takeoff. “As a matter of fact, my wife is on board.”

Roskey added that the mother of the airplane’s first officer was also traveling on the flight.

The 172-seat plane will conduct a return flight to Miami later Tuesday, according to the airline. American Airlines will confine the 737 Max to this route until January 4, 2021 – at which point additional routes will be added.

The 737 Max was grounded by the Federal Aviation Administration (FAA) on March 13, 2019 after two crashes left 346 people dead. In both instances, problems with an automated flight-control system were singled out as being responsible for the fatal crashes.

The automated flight-control system was intended to prevent the aircraft from stalling, but faulty sensor data forced pilots to struggle against its unintended activation.


As our readers will recall, the investigation into these glitches revealed systemic cultural issues at Boeing that many of the airliner’s critics insist have yet to be resolved. In fact, a report released earlier this month by the U.S. Senate commerce committee determined Boeing officials “inappropriately influenced” FAA test pilots during the recertification process for the aircraft.

“The committee is still reviewing the ongoing production of requested documents from the FAA and additional information received from whistleblowers,” the release of the report added.

That revelation prompted family members of the crash victims to call for the agency to keep the plane grounded.

“The committee found wrongful and potentially unlawful behavior that must be investigated to determine whether the MAX recertification process was tainted,” a December 22, 2020 letter from the families to the FAA and the U.S. Department of Transportation (DOT) noted. “With the first U.S. flight of the 737 MAX set to occur within days, we call for the plane to be immediately grounded based upon the new revelations.”

Despite the controversy, the FAA grounding was lifted in November of this year after costing Boeing billions of dollars and hundreds of orders for new planes.

“The Max debacle has been the company’s worst crisis in its 104-year history,” our friends at Zero Hedge noted.

Is the plane safe?

FAA officials told Leslie Josephs of CNBC that a replication of the fatal flaw in the automated flight-control system was now “impossible.”


Obviously the 737 Max isn’t the only Boeing jet with serious problems. As we have previously reported, workmanship issues at Boeing’s North Charleston, S.C. facility have continued to plague production of its 787 Dreamliner.

Shoddy production has been an issue at Boeing’s taxpayer-subsidized facilities in South Carolina for years. John Barnett – a former quality control manager for Boeing – told reporter Nadia Daly of the Australian Broadcasting Corporation in January that he witnessed “serious problems” with the workmanship at the Palmetto State plant.

Despite these issues, in September Boeing announced it was shutting down its Washington 787 line and moving all production of the aircraft to South Carolina.

Is this a win for the Palmetto State? Not really. Thanks to the collapse of global air travel accompanying the coronavirus pandemic, demand for new lanes has plummeted – although it is worth recalling Boeing was already scaling back production of its 787 Dreamliner in response to reduced demand prior to the onset of the pandemic.

At last county, Boeing plans on producing only six planes a month in 2021 – meaning the South Carolina facility (which has already endured one round of layoffs) will still be making fewer planes despite absorbing the new line from Washington.

South Carolina taxpayers have shelled out more than $1 billion in incentives to Boeing since it announced it was bringing its Dreamliner plant to the Lowcountry over a decade ago.