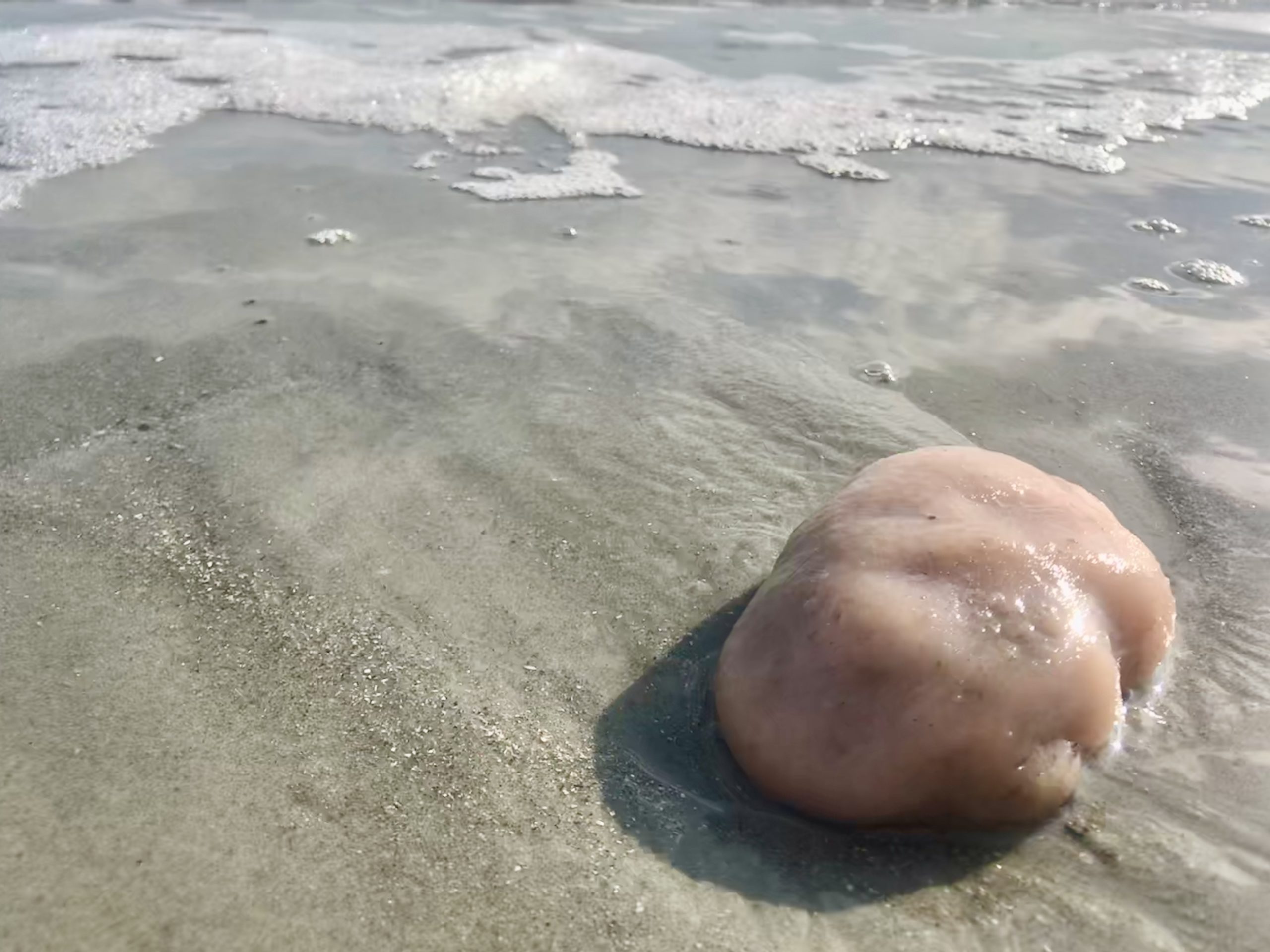 I love walking the beach on Hilton Head for a lot of reasons.

I grew up in the Midwest, so I’m still just in awe every time I see the mighty ocean in all of its glory shining bright in front of me.

I especially love exploring the creatures on the beach and learning more about all of the organisms that make the ocean what it is. It’s like putting a puzzle together, in a way.

Some days, I’ll see blacktip sharks swimming in the surf.


Other days, the beaches are cluttered with hundreds of dead jellyfish.

Most days, if you look closely around the low tide line, you’ll see neat, tiny piles of poo gathered by ghost shrimp, which live in pencil-sized holes in the sand (fascinating, right?).

The other day, when the surf was particularly rough along Hilton Head’s north beaches, I found a bunch of tiny brain-like orange and pink blobs scattered in the sand.

Looking closer, the blobs were slightly moving in a breath-like pattern. If I hadn’t previously discovered these creatures before, I would have thought it might have been an organ of sorts.

These creatures were given a rather unfortunate names — sea pork.

Sea pork is a member of the sea squirt (lol) family and is one of the most “evolved of all marine invertebrates” that basically act like natural water filters, pumping out nutrients.

The individual blobs are actually a whole colony of animals (!!) working as one to filter water and get food, Carlos Chacon, manager of natural history at the Coastal Discovery Museum in Hilton Head Island, previously told me.

Sea pork wash ashore in large quantities, usually after big storms. So if you see a bunch of them at the beach, it’s likely that surf was rough that day (on the days I’ve seen them, the waves were rough and the beaches were filled with sea shells).

Sometimes they actually look like rocks, although they are typically slimy to the touch.

Sea Pork — also known as tunicates — are “the ocean’s most common invertebrate” with more than 3,000 total species.

Sea squirts have a primitive brain that helps them navigate through the water, and then the blobs attach to something permanent like a rock or the bottom of a boat.

Once they find a permanent resting spot, they literally start eating their own brain, according to Psychology Today.

Sea pork species are actually related to humans — very distantly. They have a nerve similar to the human spinal cord.

Cognitive scientist Sian Beilock said humans can actually learn a lot about the importance of constant movement from sea squirts. Like sea squirts, human brains function best with lots of movement and activity.

Sea pork is not specifically native to South Carolina and can be found anywhere along the Atlantic seaboard and the Gulf of Mexico, according to the Tybee Island Marine Center.

CAN YOU TOUCH IT?

Sea Pork got its name because when it dies, it turns a pale, clearish-white color, resembling pork lard, according to Florida Fish and Wildlife.

Sea Pork can come in a variety of sizes and colors including pink, purple, black, and even orange, according to the Sanibel Sea School.

But sea squirts/ sea pork can actually cause problems, according to scientists at the University of Florida.

While they play an important role in the ecosystem by filtering out plankton, they can spread quickly and invade an area, sometimes harming seafood supply such as oysters and scallops.

Oceanus Magazine described sea squirts as a “horror movie” creature for the way it traps and smothers its prey like shellfish.

But don’t worry, they can’t hurt you.

“People shouldn’t worry about touching them, although they are kind of unpleasant and gooey. They aren’t going to sting you,” Dr. Jose Leal of the of the Bailey-Matthews Shell Museum, told the Sanibel-Captiva Islander newspaper.

While some cultures actually eat sea pork, experts say it’s best to avoid because sometimes they have poisonous.