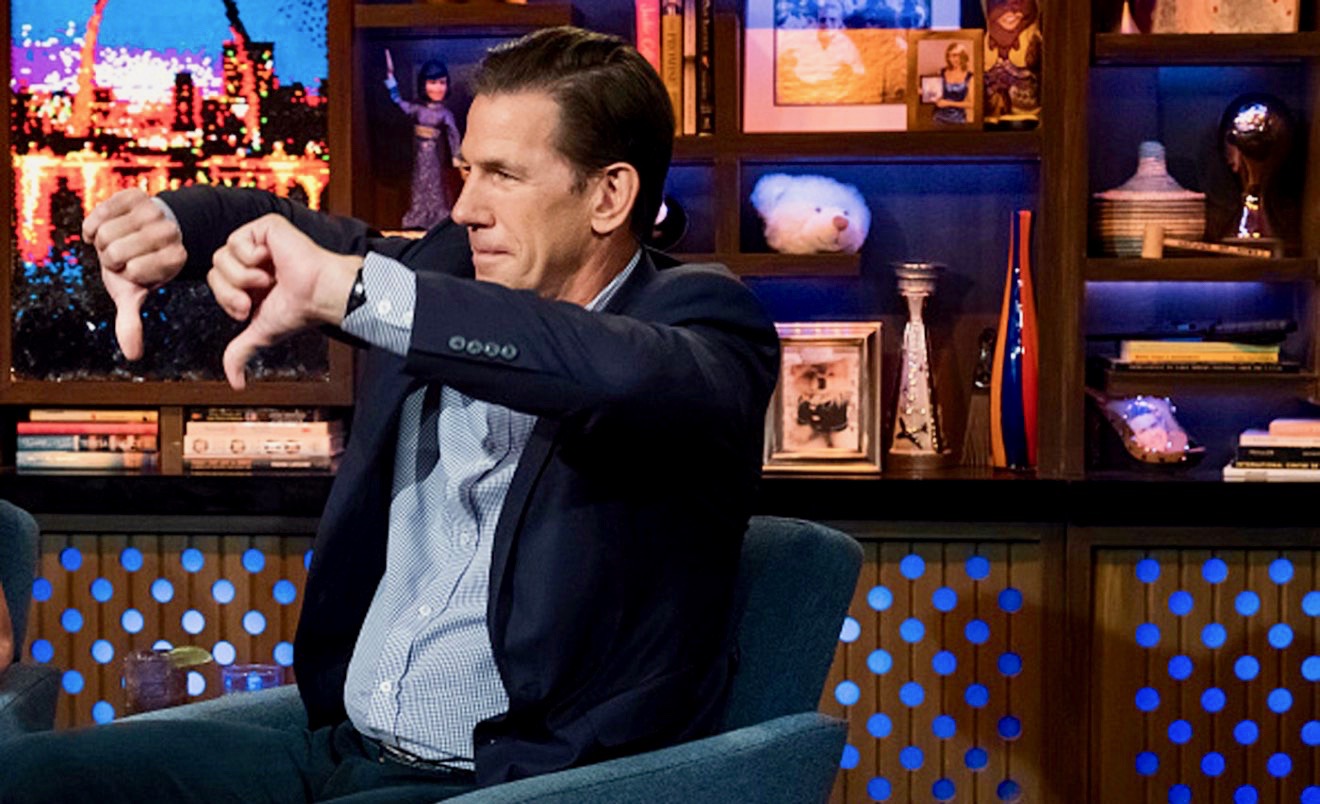 Disgraced South Carolina politician/ reality star Thomas Ravenel and his ex-girlfriend Kathryn Dennis – both of Bravo TV Southern Charm fame – are headed from a mediation table back to family court in the Palmetto State.

The reason? Ravenel – who has previously pleaded guilty to a federal drug rap and state assault charges – wants to pull up stakes and move from Charleston to Aiken, S.C.

The 58-year-old reportedly wants to make the move to avoid the limelight associated with living in the Holy City.

And yes, he wants to take his and Dennis’ two children with him …

But before serving Dennis with papers to that effect twice – once on Halloween and again in a Target parking lot on November 9 – Ravenel reportedly sent her a text message outside of their normal correspondence channel (a website called “My Family Wizard” which allows courts to monitor the tone of interactions between parents).

Ravenel allegedly texted Dennis a thinly veiled threat- implying that if she didn’t get on board with his plan to have their two minor children (Kensington Calhoun Ravenel and St. Julien Rembert Ravenel) live with him in Aiken that she would regret it.

“I’m sure you’ve seen my letter by now,” Ravenel allegedly wrote to Dennis. “If you just accept it’s best for the kids and we can avoid an extremely publicly nasty spat I’ll increase the monthly child support from 3 k to 5 k.”

That was the carrot … what followed was the stick.

“Otherwise, and you never listen to me, the lawyers will win,” Ravenel continued. “I’ll win too. Your public image will be in tatters. Let me take them for a couple of years to Aiken. I’m older and am not seeking fame and partying anymore. Please for their sake and your own don’t fight me on this.”

Following receipt of this text, the two parents continued mediating a resolution that would not require Dennis to give what amounts to full custody of her children to Ravenel. The father of three also continued to employ private investigators to follow Dennis round-the-clock during her time with the children – and also during the time that the children were with Ravenel and his newest nanny.

Adding to the drama, Ravenel teased on social media that he was getting married before settling in Aiken – while praising his newest baby mama Heather Thea Mascoe for being “perfect” and posting a picture of their son, Jonathan Jackson Ravenel.

On Twitter, Ravenel then asked his followers if they knew he was getting married. And while he never mentioned Mascoe’s name, most of his fans congratulated him, assuming Mascoe was the bride to be.

Mascoe has two other teen children with restauranteur Leo Chiagkouris, who now has primary custody of the children according to Charleston county court documents.

Sources close to Dennis claim the mother of two has grown increasingly concerned about the care her two children might receive in Aiken. Fueling the worry? A report of an alleged incident at the Cloisters pool in which four-year-old Saint Ravenel – went missing. Thomas Ravenel was allegedly relaxing at the pool with another man – imbibing alcohol – while Saint and his sister Kensie were allowed to roam free.

An employee at Cloisters claimed Ravenel approached her – expressing concern that he could not find his son.

Dennis asserted that despite Ravenel’s claims to no longer be “partying,” he continues to drink regularly.

Fans of Southern Charm – now in its seventh season – are well aware that off-camera drama has always eclipsed what happens on screen. With another court battle looming between Dennis and Ravenel, expect this trend to continue well into the new year …

Miley Cyrus Did This …