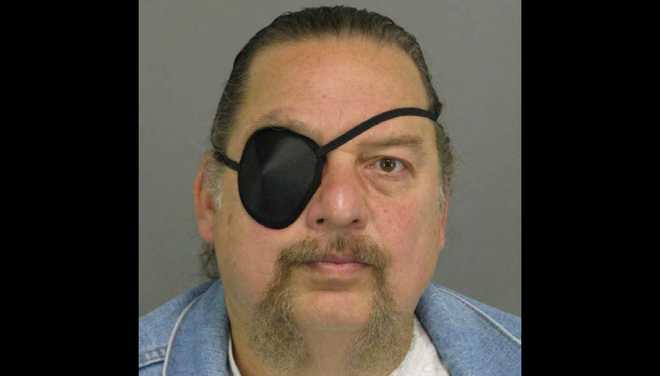 A Roebuck, South Carolina man accused of buying and selling a teenager as a sex slave has been arrested and charged, according to federal officials.

Juarez initially contacted the victim on a dating app in 2019, according to the criminal complaint.

“In September 2019, they met in person inside a Dallas motel room, where Mr. Juarez pistol whipped the victim, bruising her hand and jaw,” the release from the U.S. Attorney’s Office said. “He later gave her a ‘slave name’ and threatened to kill her and her family if she did not consent to being sold for sex.”

Juarez sold the 19-year-old girl to the highest bidder, repeatedly, according to the news release. Juarez later sold the teen to Hubert as a “slave” on a fetish website, where Hubert posed under the screen name “The Darkest Lord.”

In texts with Hubert, Juarez referred to the 19-year-old as “the property,” according to the news release. He bragged about how the teenager “submitted fully” after she was pistol whipped.

“She’s totally dependent on me,” Juarez texted Hubert, according to the complaint.

“SWEET,” Hubert, of Spartanburg County, responded (the complaint said). “I will take the slave.”

Hubert then drove to Dallas and met Juarez along with the 19-year-old victim. He drove her to his home in Roebuck, South Carolina. He put a metal collar around the victim’s neck and threatened to brand her, according to the news release.

He then gave the victim a list of “fetishes he likes,” the news release said.

Scared of Hubert, the victim then texted Juarez for help.

“I’m afraid if I don’t do something, he’s going to hurt me,” the 19-year-old woman texted the man who sold her.

When they got to Hubert’s South Carolina home, the situation escalated. He kept her in a “dungeon” and forced her to be “naked all the time,” the news release said.

The victim, terrified at this point, finally convinced Hubert to let her call her parents.

Eventually, the victim was able to escape by bus and tell police her story.

“This victim endured horrific abuse at the hands of these defendants.  It’s unthinkable and frankly, difficult to learn that this type of thing is happening in our District,” U.S. Attorney Erin Nealy Cox said in the news release.

He faces 20 years in federal prison for the human trafficking charge. There is no parole in the federal system.

“Anyone that is involved in human trafficking activities – either as a member of a transnational criminal organization, a business owner exploiting his/her employees, or a street level pimp  – should be viewed as a vicious predator,” Ryan Spradlin, of Homeland Security Investigations Dallas, said in the news release.