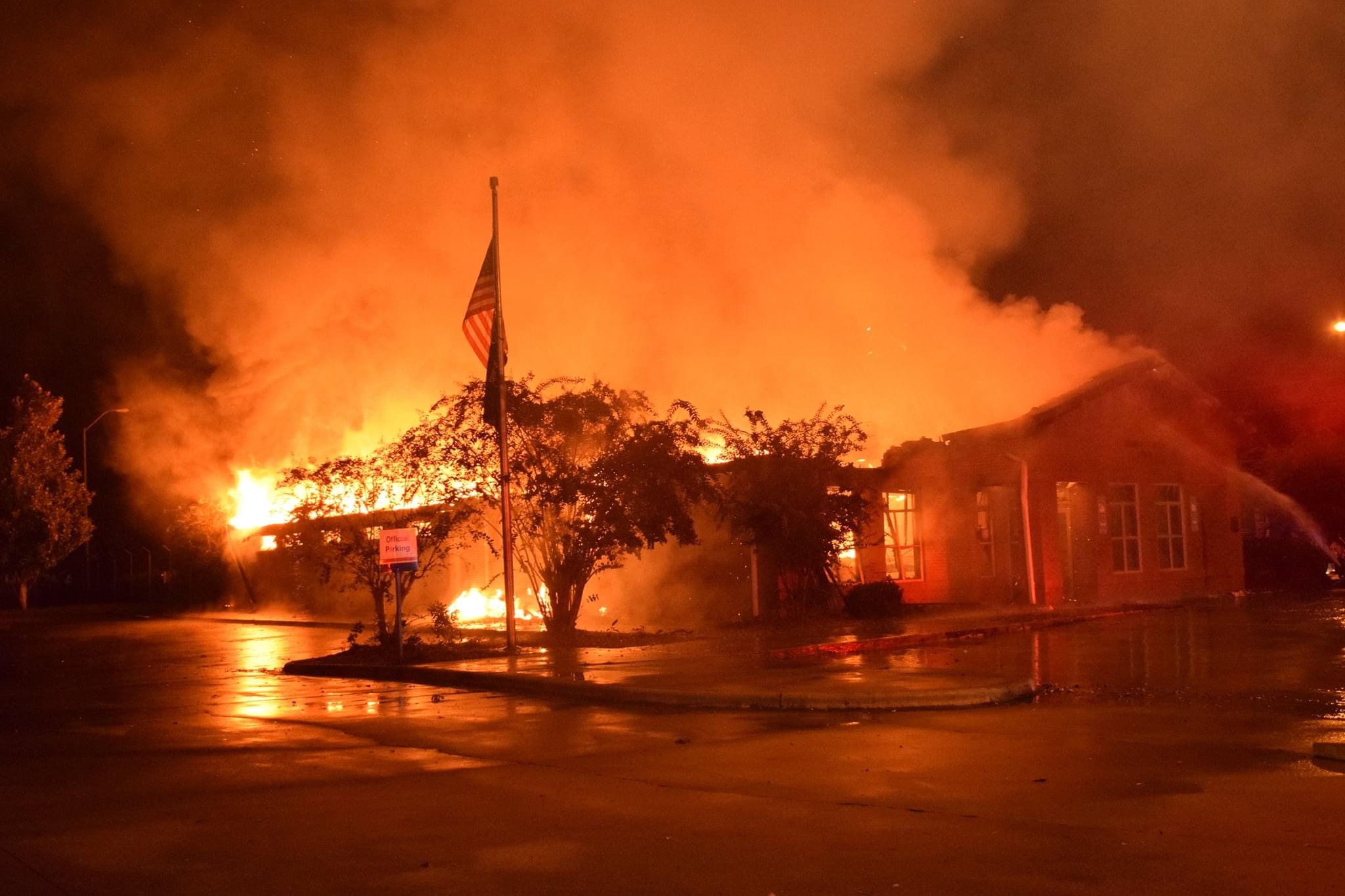 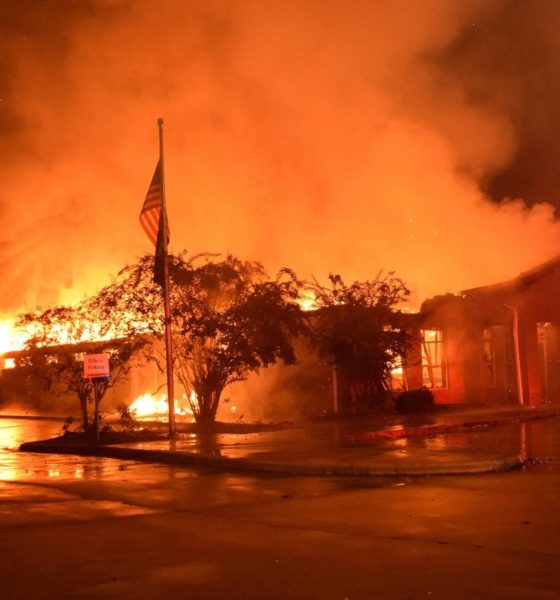 Two years after it was reopened to the public in the aftermath of an arson attack, the United States Postal Service (USPS) office in Bishopville, South Carolina was the site of yet another deliberately set conflagration early Saturday morning.

This time, however, an arrest has reportedly been made in the case.

“In reference to the burning of the post office this morning, an arrest has been made,” Bishopville police chief Calvin Collins wrote on Facebook. “More details will come once everything has been processed.”

Here is a Facebook live video of the blaze …

Images posted by Brown to social media showed extensive damage to the building – a privately owned property which is leased to the government.

Brown added in a tweet that police were also investigating reports that an alleged arsonist “tried to burn the city hall.”

The post office – located at 451 N. Main Street in Bishopville – was the site of a previous arson attack at around 4:45 a.m. EST on Thursday, January 19, 2017. Agents of the S.C. State Law Enforcement Division (SLED) and the U.S. Bureau of Alcohol, Tobacco, Firearms and Explosives (ATF) assisted post office officials and Bishopville police in their investigation of that attack.

Damaged extensively by smoke and water, the post office did not reopen until November 26, 2018 – a span of nearly 23 months. That lengthy delay – attributed to a leasing dispute – prompted outcry from local citizens.


“I just can’t understand why the government would allow a post office to get in this condition,” one Bishopville resident told reporter Caroline Hecker, formerly of WIS TV-10 (NBC – Columbia, S.C.) back in August of 2018.

“We thank our customers for their patience and understanding while we worked to reopen the Post Office in time for the busy holiday season,” postal officials noted in announcing the reopening.

Bishopville is the county seat and largest city in rural Lee county, South Carolina. Home to an estimated 3,000 people, it is located approximately fifty miles east of the state capital of Columbia, S.C.

Incidences of arson have been on a steady decline in South Carolina, according to the latest crime report from SLED. The arson rate went down 7.9 percent from 2018 to 2019 – and declined 35.9 percent over the previous decade.

SLED spokesman Tommy Crosby told us that his agency was “assisting with the (latest) investigation.”

“Our fire investigators are on the scene,” Crosby told us on Saturday morning.