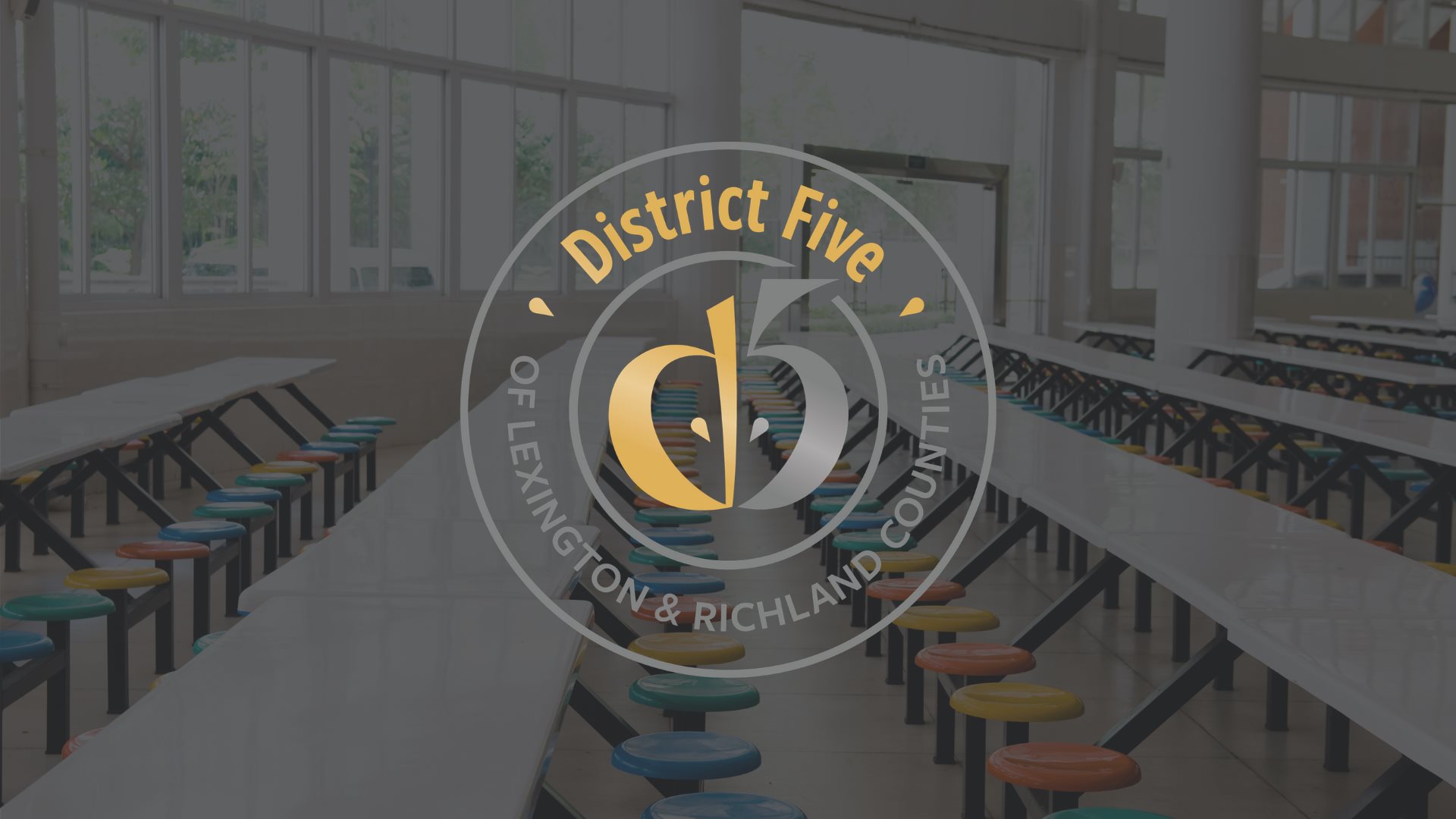 Dear Residents of Irmo and Ballentine,

We enjoyed our time as Irmo residents, raising our family in the Rolling Creek subdivision from 2003-2016. I am a father of three D5 graduates and my youngest attends Lake Murray Elementary. I am the spouse of a dedicated D5 teacher with over 25 years of experience.

As a longtime resident of this wonderful area, I understand your frustrations regarding redistricting. I know what it feels like for families in your area. You are worried about your home values and the quality of your child’s education. Your middle schooler struggles to make friends because his elementary classmates feed into another school.

These are the same reasons I remember folks leaving in 2007 and will leave again in 2020. All of this could have been prevented with effective leadership that listened to citizens and had the guts to make difficult decisions at the time.

While you listen to D5’s plans and projections, please remember which board members and Superintendents created this situation. It didn’t have to be this way. It’s not Dr. Melton fault. She’s been dealt a tough hand and she will get the blame regardless. She’s the fall guy. Just like the re-entry plan. It could have been handled in 2004 or 2008. It should have been studied and addressed in 2012 or 2016. It won’t be finalized in 2020. Notice a pattern here?


Our family moved to Chapin in 2016. We did so for the same reasons that are now keeping you awake at night. During that time, I became involved with a group of local citizens concerned about D5’s decision to build an elementary school on Amick’s Ferry Road. Elementary 13 ended up being built for the wrong reasons, in the wrong area. I have learned a lot over the last 4 years about the District 5 school board. Here is what I discovered:

If you examine the district’s overall data, you will discover that we were never having an enrollment crisis and many of D5’s schools have plenty of capacity. They just aren’t in the “preferred” areas of the developers. Land is cheaper if you buy it in a rural area, before the school is built and THEN influence the school site location.

In 2017, I presented data to the board focused on elementary enrollment. This was in the heat of the battle over Elementary #13. Over a 10 year span, K-3 enrollment was actually down by 44 students. Almost all elementary schools showed a declining enrollment and excess capacity. The enrollment freeze was manufactured by District 5 to justify the need for Elementary 13. We had kids that lived across from Spring Hill zoned for Lake Murray Elementary. This all should have been handled years ago. Elementary 13 should have probably been built in that same area, solving all of the issues you and your neighbors now face and alleviating any capacity issues at Lake Murray Elementary, Chapin Elementary or Ballentine Elementary.

I’ll be the first to admit, we needed some expansion and some more schools. From 2005 to the present, District 5 built five new schools (Oak Pointe, Spring Hill High, Chapin Middle, the Center for Advanced Technical Studies and now Piney Woods (Elementary #13)). This has added capacity of an estimated 3200-3500 seats. District 5 also expanded many other schools (Chapin Elementary, LME, Chapin High, Irmo High, etc) through building projects. We have spent 100’s of millions of dollars in capital projects to accommodate an additional 22 students per year. Unfortunately, we have also mismanaged the construction at most of them.

According to a D5 facility assessment, MB Kahn estimates D5 still requires an additional $262,049,000 in facility repairs. This is what happens when everything you build has to be redone and nobody is watching the checkbook. Wow.

Instead of studying the capacity concerns properly and exploring the adjustment of attendance lines and reasonable capital projects in the early 2000s, D5 went on a massive 20 year spending spree on capital projects. Instead of some simple minor redistricting at the time, D5 passed the buck. Instead of building to accommodate growth, D5 built to attract growth. Today we have kids in the same neighborhood going to three different high schools. Rolling Creek is a prime example. I remember all the different buses from a half dozen schools coming to the same neighborhood.

Spring Hill High School was intended to be a full high school. It was intended to have full sports and be the high school for many of the families in your area. My kids planned to attend Spring Hill before it became a Magnet school. Many of us voted based on this plan. It only became a Magnet school because the enrollment projections were so off. The same thing is happening with Elementary 13. The immediate area doesn’t support the school. So why did we spend $34,000,000 building a school in the wrong place? Read on.

All of this happened under the watch of Mr. Gantt. Although he is no longer the Chairman, he has controlled this board for years. He controls it today. Until recently, Western Richland and Lexington County weren’t much more than farmland. You will hear that the schools were built in these areas to accommodate growth. I believe it’s the other way round.


The schools were built in these areas (at the behest of developers) with the hopes to actually accelerate growth. Their growth projections were wrong. I believe they were purposely forecasted incorrectly to drive capital projects that also ended up helping pay for the infrastructure that supported big developments. You will find that Mr. Gantt and other members have accepted thousands of dollars in contributions from developers, consultants and their friends in the construction industry.

Dig into the ties that developers and vendors have to longstanding D5 school board members and former D5 Superintendents. You will find campaign contributions, secret real estate boards and other areas of interest. In particular, isn’t it interesting that Ballentine Elementary sits on property adjacent to a neighborhood built by a bigtime developer? Which came first? Who owned the land? Who paid for sewer and roads? Which school board members have ties to this particular developer? How was the site selected?

You’ll find a similar situation with Lake Murray Elementary and probably with Spring Hill as well. There wasn’t much development in the Spring Hill area UNTIL the school was built. Those of us familiar with the Elementary #13 process believe developers influenced this decision. Why else would you build a school halfway down a rural peninsula with single road access?

For 20 years, the District 5 board has been doing the bidding of the developers instead of looking at more efficient ways to address capacity. I believe the D5 board chooses to build schools in the more rural areas of the District to help their developer friends. The board will say the land is cheaper but we consistently pay way above market value. The schools are an attraction for commercial and residential development.

The school fosters infrastructure requirements that developers don’t have to pay for. The land surrounding these schools increases in value and the homes are sold. These homes generate tax revenue for the school district and county. Rinse and repeat. As I said, the schools are being built to attract and accelerate growth. The schools should be built to accommodate growth. There is a difference. District 5’s mission should be focused on developing young men and women… not neighborhoods.

After years of research, I am convinced that Robert Gantt, Ed White, Michael Cates and Beth Hutchison are likely corrupt, clueless or incompetent. I don’t believe they serve the best interest of taxpayers, teachers and students.

I’m not telling you who to vote for. That’s not my place. I AM ASKING YOU WHO TO VOTE AGAINST.

Citizen, Taxpayer, Father and Spouse of A D5 Teacher

Mark Ebert graduated from Clemson University. He has over 20 years of experience in the medical industry and is currently a Regional Manager for DJO Global. Mr. Ebert moved to the area from Atlanta in 1999. He has 4 children and is happily married to a District 5 teacher.