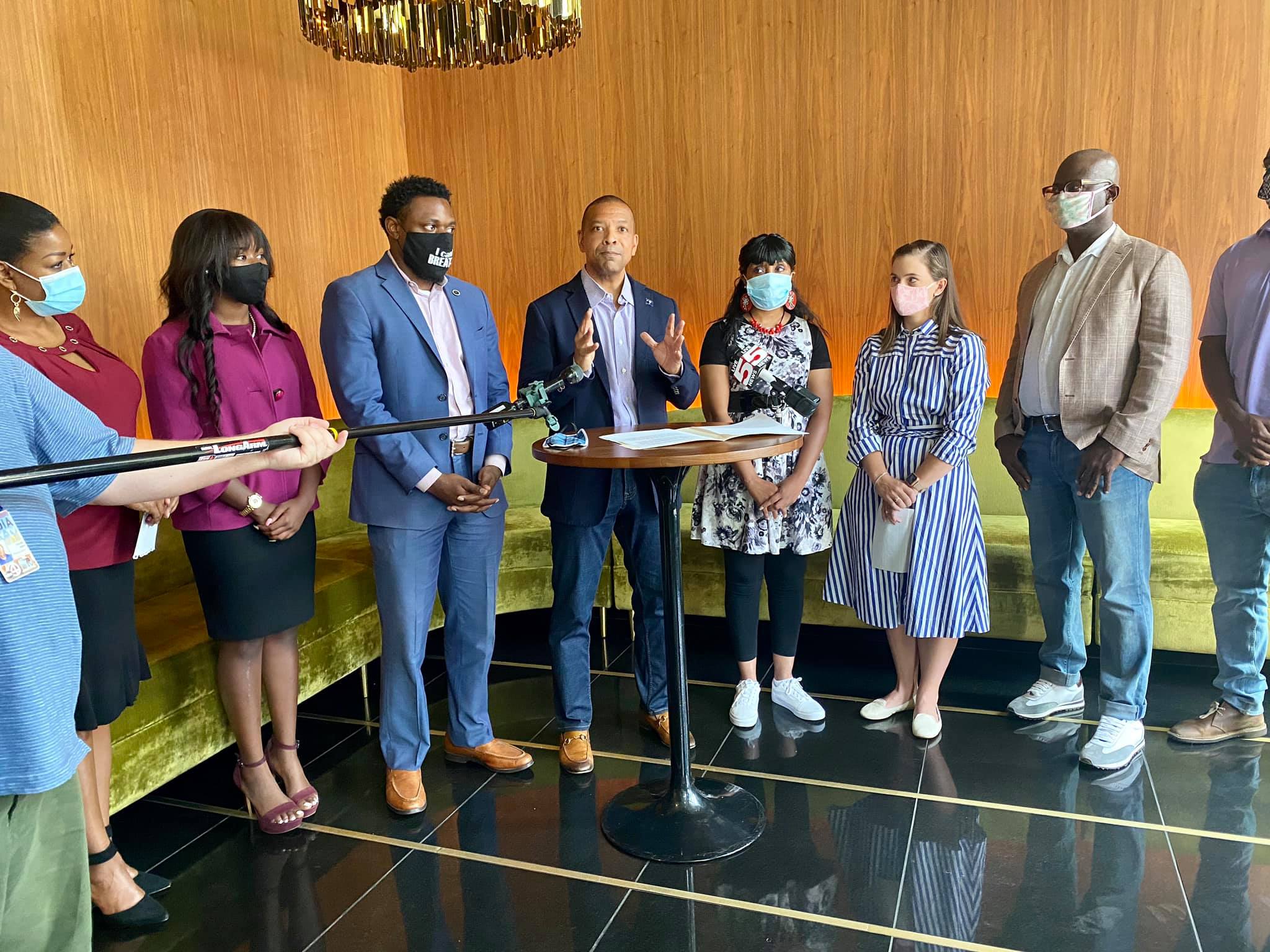 South Carolina state senator Marlon Kimpson clearly doesn’t understand how the internet works. The Charleston, S.C.-based trial lawyer – who is hoping a blue wave of Democratic voters in the Lowcountry will propel him to the chairmanship of his county delegation – obviously needs a refresher in light of his recently expressed aspirations.

We will recap it for him …

You say stuff. People record it. They post it online. It stays there. Usually forever.

During his interview with Washington, Kimpson made the point that Republicans in Columbia, S.C. had squandered their stranglehold over state government – a point we would concede (albeit probably not in the way Kimpson would want us to).

His argument? Duh. That voters should elect Democrats instead.

Specifically, Kimpson wants them to elect Democrats in the S.C. Senate, where a number of Lowcountry races are expected to be closely contested (see here and here).

“What I really need – and what I really need the people of Charleston to do – is to deliver a blue wave,” Kimpson told Washington. “Every Democrat on the ticket you should vote for – so just go in and pull the Democratic lever because what that does is that gives us more power.”

Ah yes … because it’s all about the power, isn’t it?

So … what will Kimpson do once he has the power?

“I can tell you this when I am chairman – if I am fortunate to be chairman of the Charleston delegation – I ain’t listening to Republicans,” Kimpson told Washington. “We’re (going to) carry out the agenda of working class citizens.”

You can view this interview below (Kimpson’s partisan rhetoric picks up at around the 19:18 mark) …

This week, Lowcountry Democrats’ top target – state senator Sandy Senn – took issue with Kimpson’s statements. Senn called Kimpson out on the floor of the Senate Wednesday after he asked one of his Republican colleagues to put him on a legislative committee – accusing the wealthy trial lawyer of being a hypocrite for working with Republicans when it suited his purposes but bashing them when it didn’t.

Kimpson did not appreciate Senn’s line of questioning – and accused her of misrepresenting his interview with Washington.

“You didn’t listen to the entire clip which is not unusual for you,” Kimpson fired back.

“I listened to the whole thing,” Senn retorted.

“What I said was …” Kimpson fired back, his voice rising in anger. “What I said was we have not had an opportunity … to have a chair in the Charleston county for decades and when I become chair, which I expect to be, I plan to not listen to Republicans unless they want a people-first agenda.”

“You obviously have not listened to the clip,” Kimpson shot back. “So with all due respect, we’ll see you after November.”

The problem? We listened to the clip.

You can listen to the clip.

Anyone can listen to the clip …

And the clip backs Senn’s version of events … not Kimpson’s lame attempt at revisionist history.

The recording doesn’t lie: Kimpson issued his anti-GOP statement unequivocally, without reservation or qualification – and certainly without the added language he inserted when he paraphrased his remarks on the floor of the Senate. And while we have no interest in whether Kimpson becomes the next chairman of the Charleston legislative delegation – we do care that he is misleading his colleagues (and the public) about his prior statements.

That strikes us as indicative of a fundamentally dishonest character …

Seriously … all Kimpson needed to do was say “you’re damn right I said it” and move on. We would have respected that sort of response.

Of course, such an admission probably wouldn’t have helped advance his aspirations for power within the Senate chamber – which is forecast to remain in “Republican” hands no matter what happens with the Charleston area races.

So Kimpson hedged … or tried to.

One thing worth considering? Even if Kimpson becomes chairman of the Charleston delegation, he would still need fifty percent of its weighted vote – and sixty-five percent of the popular vote of the district’s representatives – in order to appoint his preferred slate of judges.