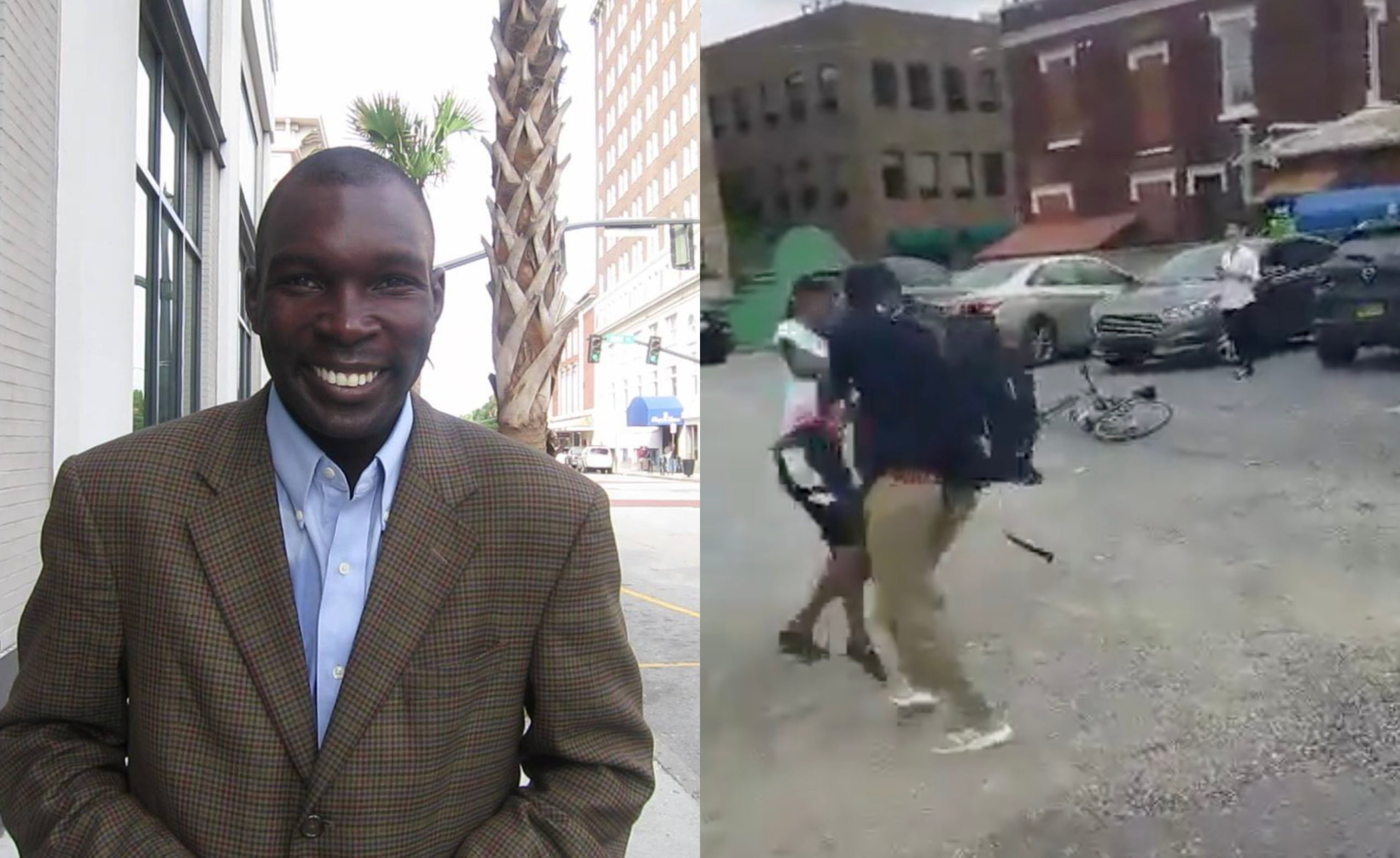 UPDATE: WCIV reports that the two teens in the video have been identified by police. However, neither of them are in custody due to family court protocol. More information on that here.

One of Charleston’s most beloved and well-known journalists was attacked by two teenagers Tuesday.

Quintin Washington, host and executive producer of Quintin’s Close-Ups, was assaulted Tuesday afternoon on the corner of King And Market streets —one of the most popular areas of downtown Charleston.

Chase Laudenslager of WCBD news station was first to report on the assualt.

Washington was talking with a friend on bluetooth about how “kids ought to be in school,” when one of the teenagers on bikes overheard his conversation as they rode by, according to his statement to Charleston Police.

“They started following me on their bikes down Market Street towards the Market, hurdling negative words at me,” Washington said in his statement.

Washington took out his phone and started filming.

He said one of the “rose kids” knocked his iPhone out of his hand as he was filming (as shown in the video below). Washington said he’s seen one of the kids selling roses multiple times in the Market.

The situation then escalated when the kids started following Washington while he made his way to work.

“They found big rocks and hurdled those towards me. It got worse- they physically fought me,” Washington’s statement said.

Here’s a video showing the assault..

According WCBD, the police report states that the teen in the tie-dye shirt punched Washington in the face multiple times.

“A witness told police he observed Washington being attacked and attempted to intervene,” WCBD reported. “Once he was able to separate the parties, the witness stated that the two kids got on their bicycles and left the area.”

Charleston attorney Mark Peper offered a $1,000 reward to anyone who can identify the kid in the t-shirt.

“If you’re a family member of this kid and can prove it, I’ll throw in an extra $1k to help you get him the mental health he clearly needs,” Peper wrote on Facebook. “It shouldn’t take money to help us help each other, but if that’s what it takes, consider me all in.”

Peper said he’s “tired of it all.”

“There’s absolutely no reason for this kind of behavior to take place in our great City, especially against one of our most beloved citizens. Period.” Pepper wrote.

Quintin Washington has been called the “the Dick Cavett of Marion Square and the “Oprah Winfrey of Wentworth Street.” He does weekly interviews of well-known newsmakers around Charleston and South Carolina on his Youtube channel.

He’s lived in Charleston all his life and has been doing public service journalism for nearly a decade.