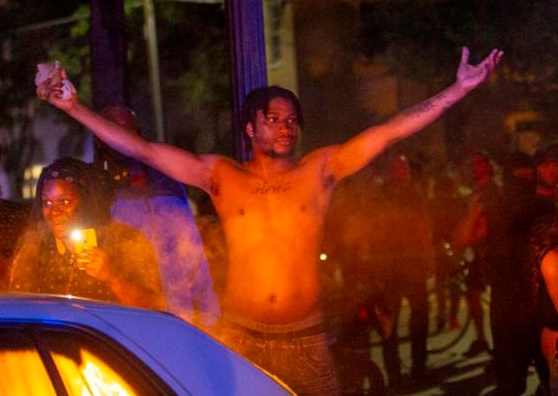 Six South Carolinians are facing federal crimes including arson, inciting riots, and civil disorders for their roles in the riots that took place in Columbia and Charleston following the killing of George Floyd in May, U.S. Attorney Peter M. McCoy announced Tuesday.

Five of the six defendants have agreed to plead guilty for their role in the riots which began as peaceful protests in Columbia and Charleston, South Carolina on the weekend of May 30.

“On May 30, 2020, violent agitators disrupted and distracted from peaceful protests in Columbia and Charleston and committed violent acts against citizens and law enforcement officers, vandalizing businesses and destroying public property,” McCoy said.

McCoy said the actions were “unacceptable” and crossed a line, saying “this office will always stand up for law and order.”

McCoy’s office said in the release that the following protesters/ rioters have been charged with federal crimes, including:

Below is a video showing Marcello Woods in the Columbia riots, according to McCoy’s office.

“Following George Floyd’s death in Minnesota on May 25, 2020, protestors in Columbia and Charleston joined to peacefully demonstrate against racism and the use of excessive force by law enforcement,” McCoy’s office said in a news release Tuesday.

McCoy’s office said a majority of the protesters were legally exercising their First Amendment rights, while “others engaged in violent criminal acts and threatened public safety, including assaulting citizens and law enforcement officers and vandalizing and destroying public and private property.”

“We worked diligently with our federal, state, and local law enforcement partners to identify, arrest, and prosecute the individuals whose violence, vandalism, and destruction violated federal law,” McCoy said. “By escalating and inciting violence, these individuals interfered with the legitimate forms of expression and Constitutionally protected activity.”

Only one defendant — Woods — has already been arraigned in federal court. The others do not have court dates scheduled.

The federal crime of arson carries a maximum sentence of 20 years in prison, while civil disorder and inciting a riot are 5 years in federal prison.

The U.S. Attorney’s office is still looking at other cases for potential federal prosecution.

The Real Energy Debate In South Carolina Is About To Begin