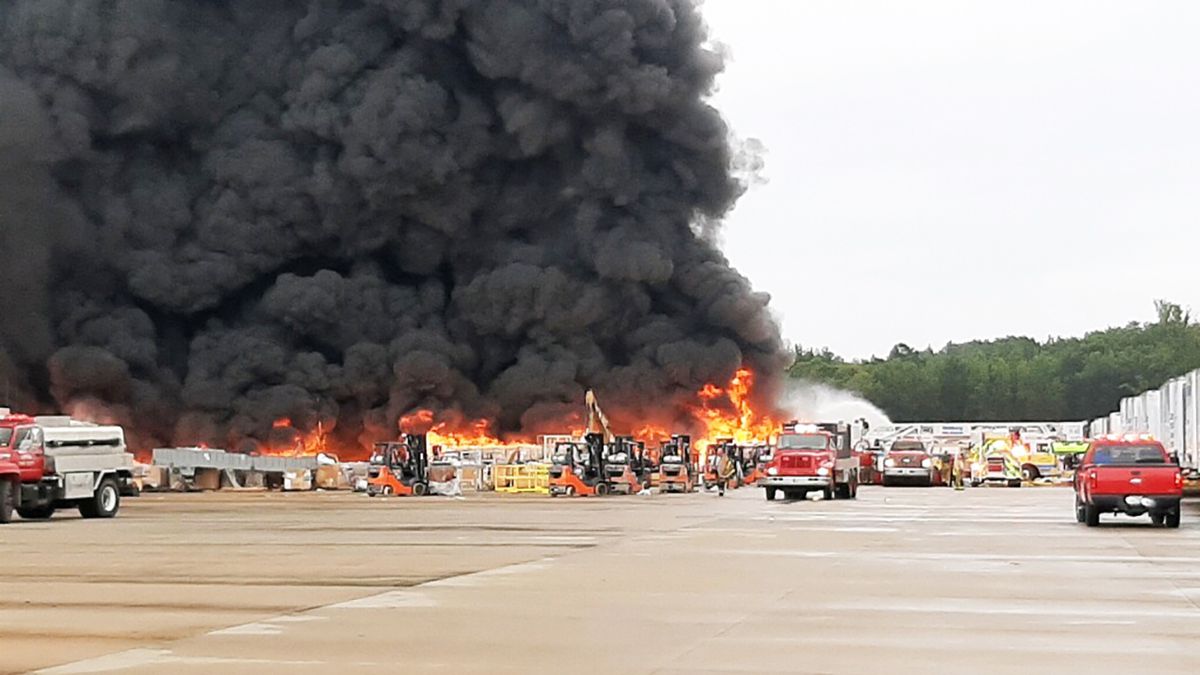 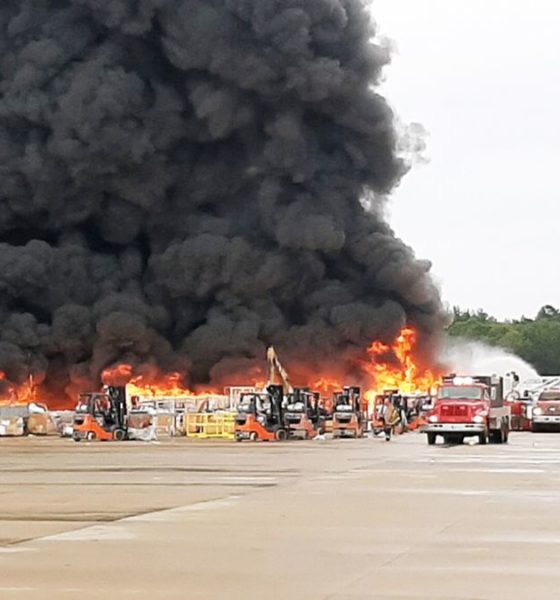 South Carolina health officials are urging individuals in the vicinity of an industrial fire along the Interstate 77 corridor to evacuate if they notice a peculiar odor emanating from the blaze. A fire has been raging since early Monday morning at Carolina Poly – a plastics manufacturing facility located on S.C. Highway 9 between the towns of Chester and Richburg, S.C.

The blaze has sent plumes of black, toxic smoke billowing into the sky.

“You can see the smoke flume from all over,” one resident of Chester, S.C. told this news outlet.

According to officials with the S.C. Department of Health and Environmental Control (SCDHEC), residents should “stay away” from the smoke – and move to safer ground if they detect an odor in the air around them.

“Odor is a primary indication that individuals need to move away from the vicinity of the fire,” said Rhonda Thompson, SCDHEC’s director of air quality said in a statement. “For anyone near the industrial fire who can smell smoke or notice an odor that is not normally present, we recommend you temporarily leave the area.”

SCDHEC added that the “chemical content of smoke varies depending on what is being burned, and industrial fires are different from wood fires.”

Residents with preexisting respiratory issues were urged to take particular caution, while all residents were reminded that “the direction of smoke can change quickly depending on wind direction and speed.”

Local authorities have yet to issue any evacuation orders in connection with the inferno – which reportedly began in a scrapyard at the plant. It is not immediately clear what materials are being consumed by the conflagration.

In addition to efforts by firefighters from Cherokee, Chester, York and other counties, officials with the S.C. Forestry Commission were dispatched to the plant in the hopes of preventing the blaze from consuming a nearby forest. According to reporters Andrew Dys and Tobie Nell Perkins of The (Rock Hill, S.C.) Herald, those efforts have been successful.

Five firefighters have received medical attention while battling the blaze – four for heat related issues and one for an injured foot.


Carolina Poly opened its 500,000-square foot facility in Chester county in 2017. The plant produces trash bags, drop cloths and other plastic sheeting products for its parent company Poly-America – which is headquartered in Grand Prairie, Texas.

Curiously, a massive fire erupted at the Poly-America plant in Grand Prairie just five days ago. According to local television station KTVT TV 11/21 (CBS – Dallas/ Fort Worth), Grand Prairie firefighters indicated that blaze was sparked by a fallen power line which “ignited the plastic rolls” at the facility.

There is no word yet on what allegedly sparked this fire, however the timing certainly seems quite suspicious.