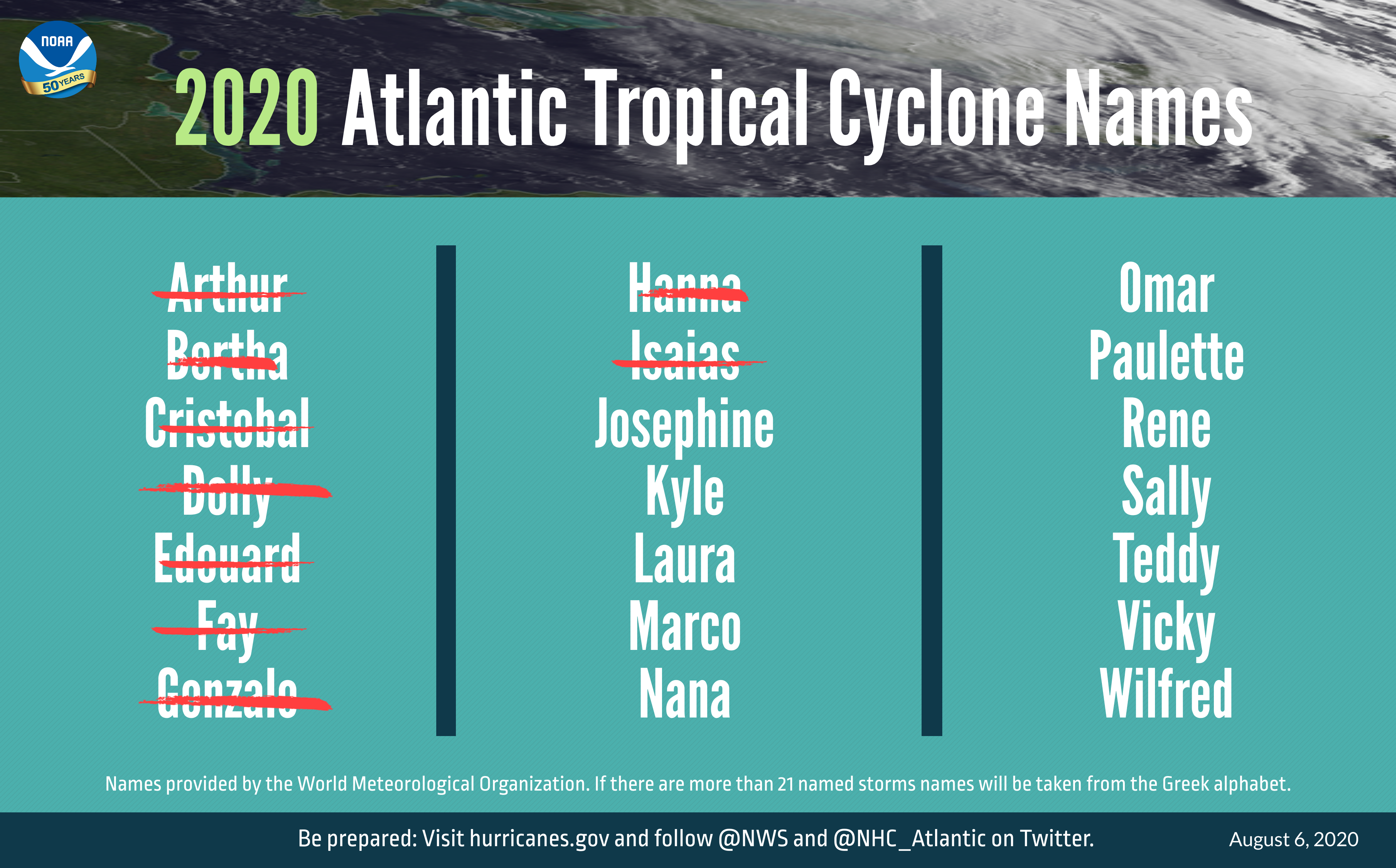 The back half of 2020 could be even crazier than the first — at least when it comes to weather that is.

Meteorologists at the National Oceanic and Atmospheric Administration (NOAA) are urging Americans on the East Coast to prepare for an “extremely active” hurricane season in the Atlantic.

Just how active are we talking?

“This is one of the most active seasonal forecasts that NOAA has produced in its 22-year history of hurricane outlooks,” U.S. Secretary of Commerce Wilbur Ross said in a news release Thursday.

That means we would run out of letters in the alphabet before the 2020 hurricane season ends.

“Only 21 storm names are allotted each year because the letters Q, U, X, Y and Z are not used,” CBS News reported. “As a result, if 24 tropical storms are indeed named, the National Hurricane Center will have to employ the Greek alphabet for overflow. This has only happened one time on record — in 2005 when the Atlantic experienced 28 named storms.”

So what makes this year different from the others (besides the usual 2020 is terrible stuff)?

The 2020 season has already been historic so far with the earliest ever named storms for the letters G, H, and I.

Earlier this week, South Carolina was mostly spared by Hurricane Isaias, which brushed the Lowcountry coast before making a landfall north Myrtle Beach in North Carolina as a category 1 storm.

The good news? The Atlantic is currently in the clear as far as tropical storms go so it shouldn’t get crazy for at least 10 days.