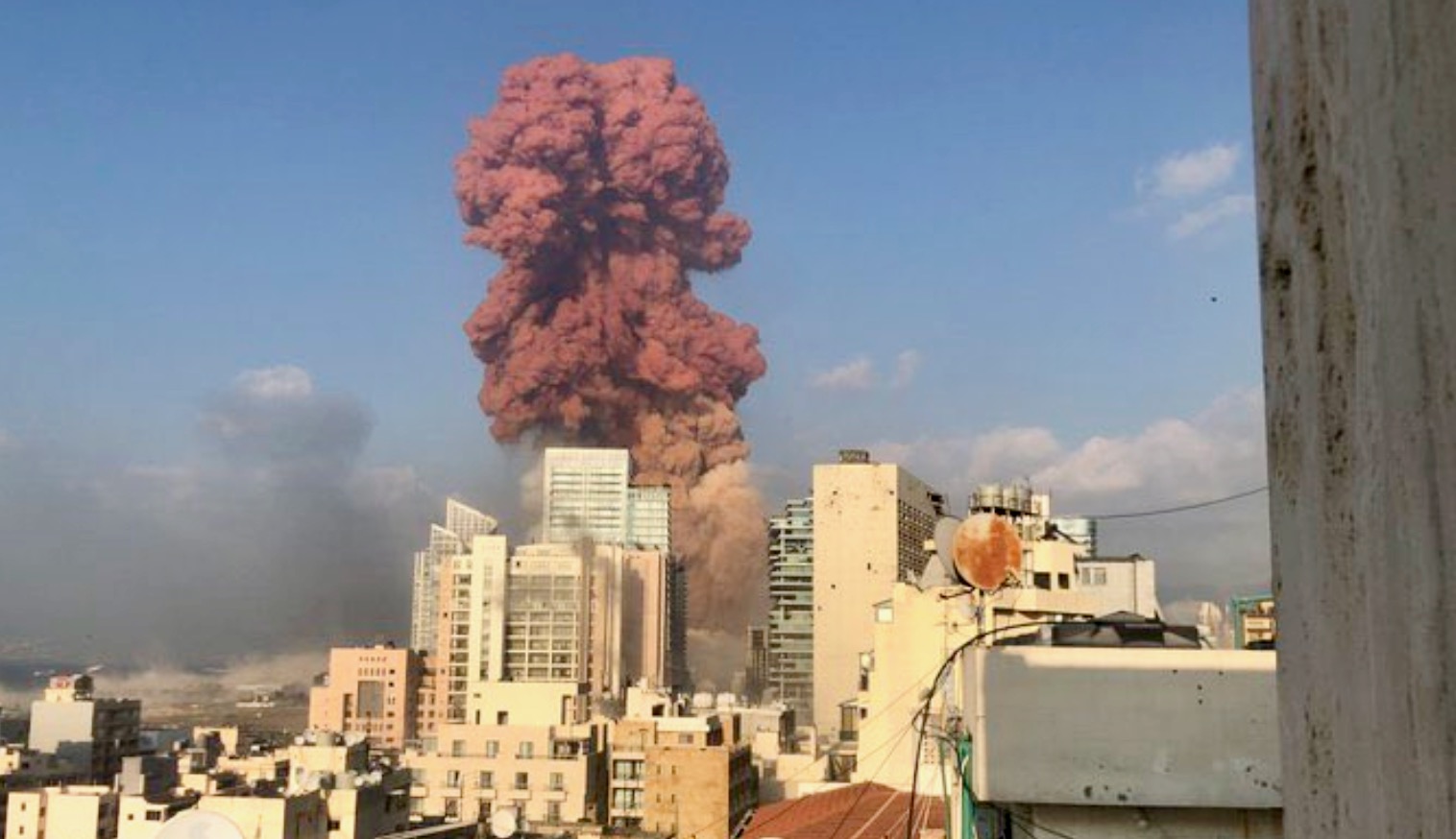 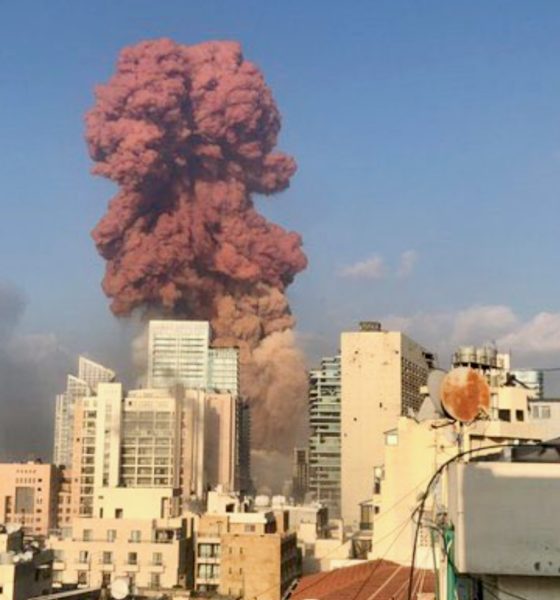 A pair of massive explosions rocked downtown Beirut, Lebanon on Tuesday – one of them creating a huge, reddish-pink mushroom cloud that hung over a city enveloped by chaos and carnage. The larger blast was also accompanied by a powerful shockwave that leveled numerous buildings in the immediate vicinity of the explosions and shattered windows for miles away. Initial reports indicate the explosions – which were felt as far away as the island nation of Cyprus – emanated from the city’s port, possibly involving fireworks stored in a warehouse.

“Local media are reporting that a container of fireworks exploded on the Beirut Port,” Beirut.com tweeted. “Buildings in Beirut and its suburbs are destroyed.”

There was no immediate word on casualties, but early reports indicated “dozens” dead and “thousands” wounded.

Video clips taken in the moments immediately preceding the two larger explosions showed flames consuming a port warehouse – with billowing smoke covering what appeared to be exploding fireworks within the facility.

At this point, there are no credible reports to suggest either the initial fire or subsequent explosions were tied to terrorism.

According to reporter Mersiha Gadzo of Al Jazeera, Lebanese officials have confirmed that ammonium nitrate – a fertilizer compound which is commonly used in industrial explosions – was stored at the port.

Whatever set off the chain reaction, the damage done by the larger explosion was nothing short of apocalyptic – with Beirut’s governor Marwan Aboud calling the devastation “a national disaster akin to Hiroshima.”

“Beirut is like war zone at the moment,” Turkish journalist Selami Haktan tweeted. “The number of people died is unknown. There is massive destruction in the city.”

In a follow-up tweet, Haktan added “the destruction in Beirut is far larger than you can ever imagine,” adding that the city “seems like it has been hit by a small-scale nuclear weapon.”

One of the explosions was so powerful it indeed prompted some to speculate that the city had fallen under nuclear attack.

“Did a nuke just go off in Beirut?” the website Zero Hedge noted in its initial headline, referring to video clips showing an “immense fireball that appeared several stories high.”

According to Al Jazeera, the nation’s public health minister Hamad Hassan said hundreds of people were wounded by the blasts.

Here are some clips of the powerful explosion …

We are lifting our prayers up for everyone impacted by what is clearly going to be a horrific, mass casualty event in this historic Mediterranean seaport – home to an estimated 2.2 million people.