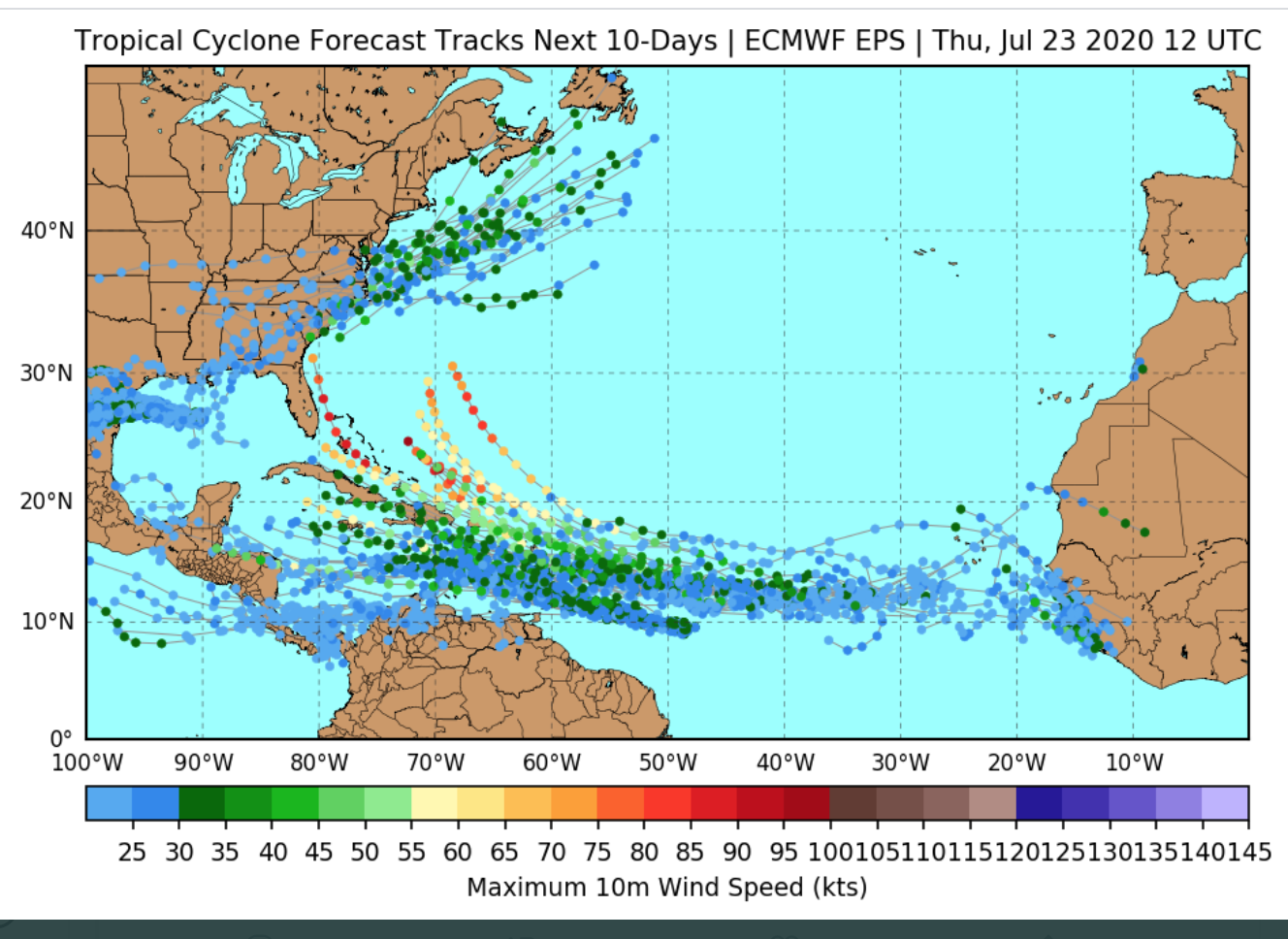 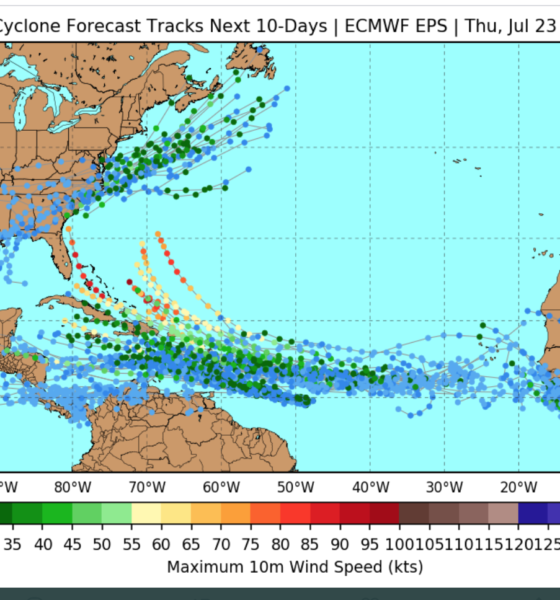 As if we didn’t have enough to deal with in 2020, the tropics are heating up early and quickly.

Forecasters at the National Hurricane Center are predicting that Tropical Storm Gonzalo will strengthen into a hurricane by Saturday morning, before likely fizzling out while still in the Caribbean.

Gonzalo isn’t the only disruption in the Atlantic, unfortunately. Behind Gonzalo is a disturbance that has potential to reach the eastern seaboard. We’ll get to that in a second.

Meteorologists are also eyeing Tropical Storm Hanna — churning in the central Gulf of Mexico toward Texas.

On Thursday evening, Hanna became the eighth named storm of the 2020 season.

Is it rare to have 8 named storms already? Yes. Gonzalo set a record Wednesday as it became the earliest seventh named storm on record, ABC News reported.

But this is 2020. Between the Godzilla Dust Cloud, the COVID-19 pandemic, and the murder hornets ( still waiting on, those by the way), we’ve learned to expect the unexpected in 2020.

That said, let’s take a look at Gonzalo and Hanna — and the storm brewing behind them.

But where is Gonzalo headed?

“Gonzalo could become a hurricane and sweep through the Windward Islands, or continue struggling as a tropical storm until then,” the Weather Channel reported. Once in the Caribbean Sea, Gonzalo is expected to encounter a more hostile environment of dry, stable air that would suppress thunderstorms, as well as the aforementioned wind shear.”

Hanna also set records as the earliest “H” named storm of the season when it became a tropical storm Thursday night. As of 7 a.m. Friday, Hanna was spinning with maximum sustained winds of about 285 miles east of Corpus Christi, Texas.

A tropical storm warning is in effect for the mouth of the Rio Grande to San Louis Pass, Texas.

At this point, Hanna is mostly a Texas problem, but could also bring several inches of rain to the Louisiana and Mississippi coasts.

What else is out there?

There’s a disturbance fresh off the coast of Africa forecasters are closely watching as it has potential for development and could eventually impact the south east coast.

The National Hurricane Center is giving it a 30 percent chance of development within the next five days.

The good news is that it’s way too early to tell what will happen with this one. According to Mike’s weather page, the European models are the only systems that favor development of this storm. So we shall see…

Back at home in South Carolina, Columbia could see some thunderstorms Friday — unrelated to the tropics.

“We anticipate that the 2020 Atlantic basin hurricane season will have above-normal activity,” Colorado State University (CSU) forecasters projected in their latest report (.pdf). “We anticipate an above-average probability for major hurricanes making landfall along the continental United States coastline and in the Caribbean.”

At FITSNews, we will be keeping an eye out on all three of these storms.