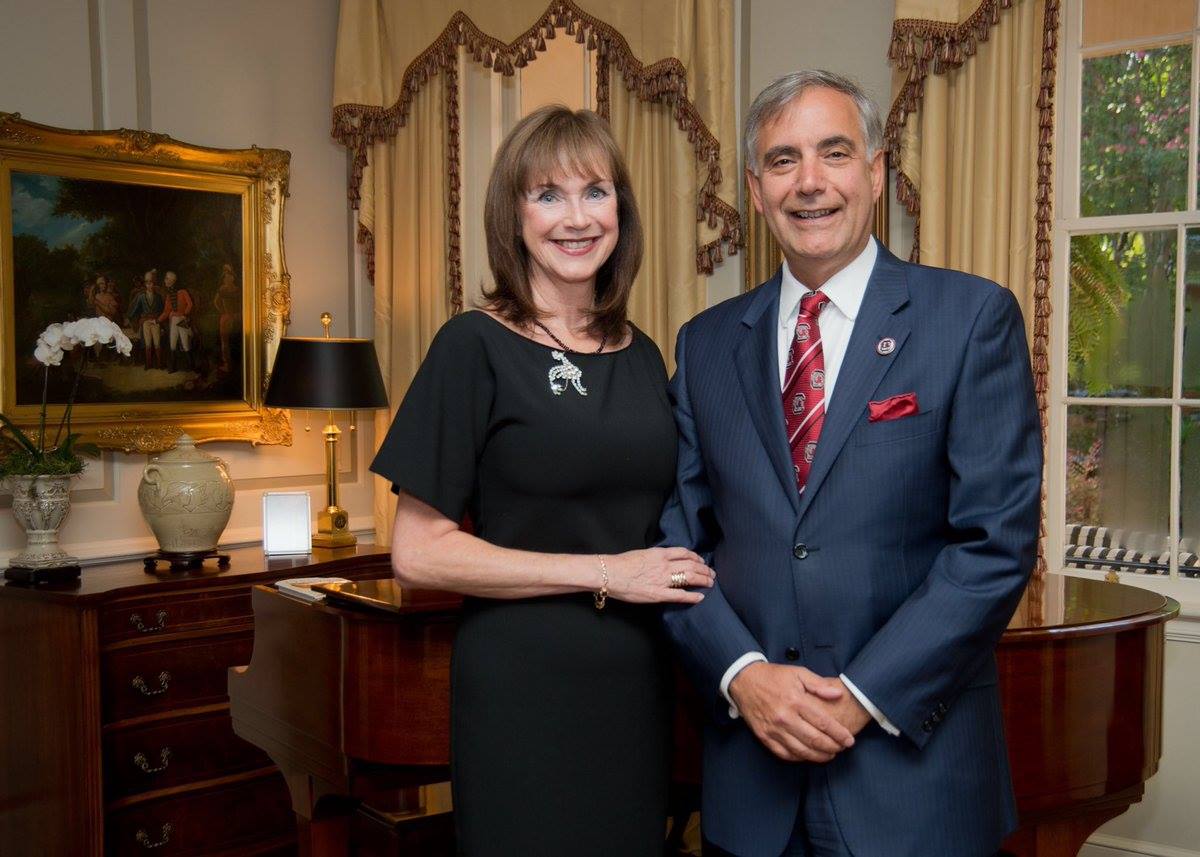 When he first announced his impending resignation as president of the University of South Carolina in late 2018, it did not take long for Harris Pastides to land another six-figure, taxpayer-funded pay day. This news struck us as disappointing – but not surprising.

Pastides’ was feted by the liberal mainstream media upon his departure from South Carolina – and the dumpster fire that followed him left many feeling nostalgic.

That is the legacy the mainstream press refuses to touch …

Anyway, during his tenure as president Pastides was paid handsomely. In fiscal year 2016-2017, for example, the school’s research foundation paid him nearly $880,000 – on top of the $312,000 he received that year directly from taxpayers – for a grand total of almost $1.2 million.

In addition to this massive salary, Pastides also received free taxpayer-funded accommodations – residing at the president’s house at the heart of the historic Horseshoe, the original South Carolina campus.

Built in 1855, this spacious mansion – and its two slaves’ quarters – have undergone numerous renovations over the intervening 165 years. One of the slave buildings has since been razed, but the other still stands – making it the “only extant outbuilding for slave accommodation on the University of South Carolina campus today,” according to the school’s website.

“The college itself had a few slaves, but much of the enslaved labor force was contracted by South Carolina College from private citizens who owned slaves,” school archivist Elizabeth West noted in a recent article published by the school. “Faculty members also had their own house slaves who lived in outbuildings behind the faculty residences on the Horseshoe.”

Today, the president’s house is served by four full-time employees – a house manager, housekeeper, horticulturalist and events director – and their assistants.

Anyway, we know this home was Pastides’ primary residence during his presidency because his wife, Patricia Moore Pastides, wrote a book about their experiences living in the home.

“I’ve always loved the French wall covering in the reception room on the second floor,” Patricia Pastides wrote, adding “the workmanship on the 1780 Queen Anne highboy in the John F. Kennedy bedroom is also beautiful.”

Why does any of this matter? Well, during several of the years Pastides was receiving free accommodations from taxpayers (in addition to his massive salary), he and his wife claimed another residence as their “primary” home for tax purposes.

Specifically, records obtained by this news outlet reveal Pastides purchased a lot on Folly Beach in February of 2014 for $395,000. That fall, Pastides received a loan from Synovus Bank (where he is a member of the board of directors, incidentally) for $800,000 at a three percent interest rate.

Shortly thereafter a house was constructed on this property which is currently valued at $929,500 for tax purposes.

Ready for the kicker? From 2016-2019 – four years during which time he was residing at the president’s house in Columbia, S.C. – Pastides claimed the Folly Beach property as his primary residence, which enabled him to have it assessed at a four percent tax rate as opposed to the non-primary residential tax rate of six percent.

Is this legal? Yes.

Property tax laws do not require private citizens who receive taxpayer-funded accommodations – like governor Henry McMaster – to give up the primary residence designation on their existing homes. Still, the optics of claiming this tax break for four years while receiving a government-funded residence are terrible.

Again, as far as we are concerned the real issue here is the fact higher education is subsidized by taxpayers to begin with given that it is clearly not a core function of government – whether via direct appropriations to institutions or taxpayer-guaranteed student loans.

Meanwhile, total debt incurred by four-year institutions in South Carolina soared by an astounding 93 percent from 2008 to 2018 to a whopping $2 billion – which equated to $17,771 per student, according to the oversight agency.

Again, that is the real damage done by Pastides to taxpayers as far as we are concerned …