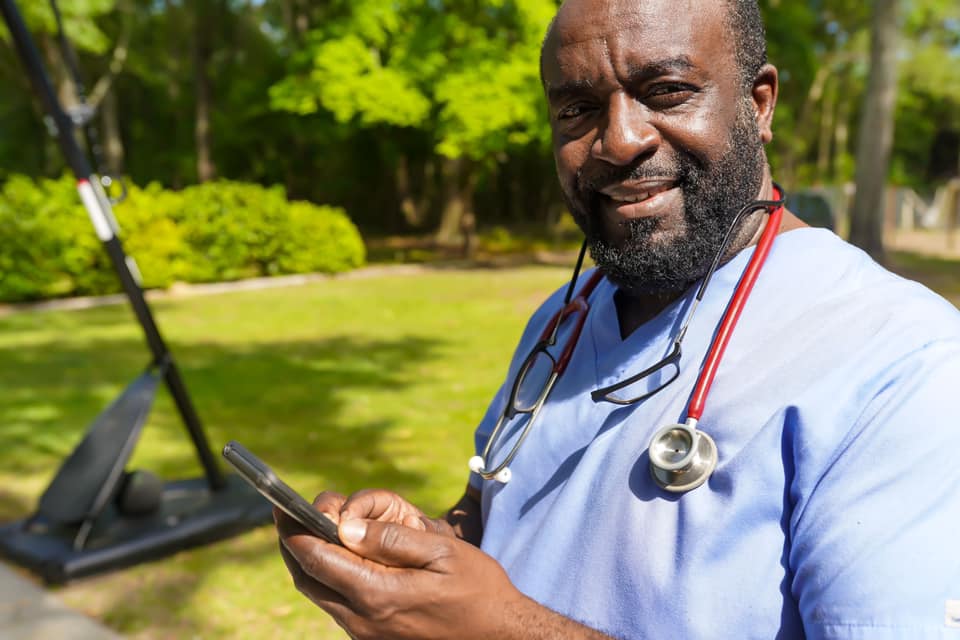 For those of you who have never heard of Michael Addison, he is a medical doctor who is currently running for the South Carolina Senate seat held by liberal trial lawyer Brad Hutto. Addison has a shot against the veteran incumbent, too, as sources in this rural region of the state tell us Hutto is very concerned about his Democratic primary opponent.

Hutto has represented S.C. Senate District 40 (.pdf) since April of 1996 – emerging as one of the more influential state lawmakers of either party. He faced no opposition for his seat in 2016 and 2012 – and easily dispatched token Republican opposition in 2008.

Addison is Hutto’s first serious challenger, in other words …

Anyway, while some candidates are struggling to get media attention amid wall-to-wall coverage of the coronavirus pandemic, Addison is in a unique position to capitalize on it.

Which is exactly what he is doing …

According to a flyer posted to his social media pages, the aspiring politician is hosting a drive-through coronavirus screening event beginning at 9:00 a.m. EDT on May 2, 2020 at the Medical Wellness Center (3605 Columbia Road Northeast) in Orangeburg, S.C.

According to a flyer for the event, the screening will feature a “fish fry (plus) refreshments,” “live music” and a “voter registration drive.”

(Via: Addison For Senate)

Not since rumors of a “pot party” involving South Carolina senator Tom Davis last spring have we heard of such a potentially promising gathering.

Seriously, people … this is our jam.

Additionally, it is nothing short of political genius for a candidate hoping to knock off an established incumbent.

Addison and Hutto are set to square off on June 9, 2020 in the Democratic primary for this seat. As no other candidates filed for this office, the winner of the race will be unopposed in November – barring any petition candidates who may submit signatures to appear on the ballot.

As for Addison’s “COVID-palooza,” we expect it will likely draw a mix of praise and criticism … particularly as it is being held under the auspices of his political campaign.

Hutto had only around $20,000 in his campaign account as of April 10, 2020 – having spent nearly $30,000 over the past three months (including more than $10,000 on campaign signs). That is a surprisingly modest amount of money for a lawmaker with his seniority and connections.

However, Addison has yet to raise any significant money to challenge Hutto … meaning it remains to be seen whether he will be in a position to exploit the incumbent’s potential vulnerability.

South Carolina Senate: ‘Masks For Thee, Not For We’