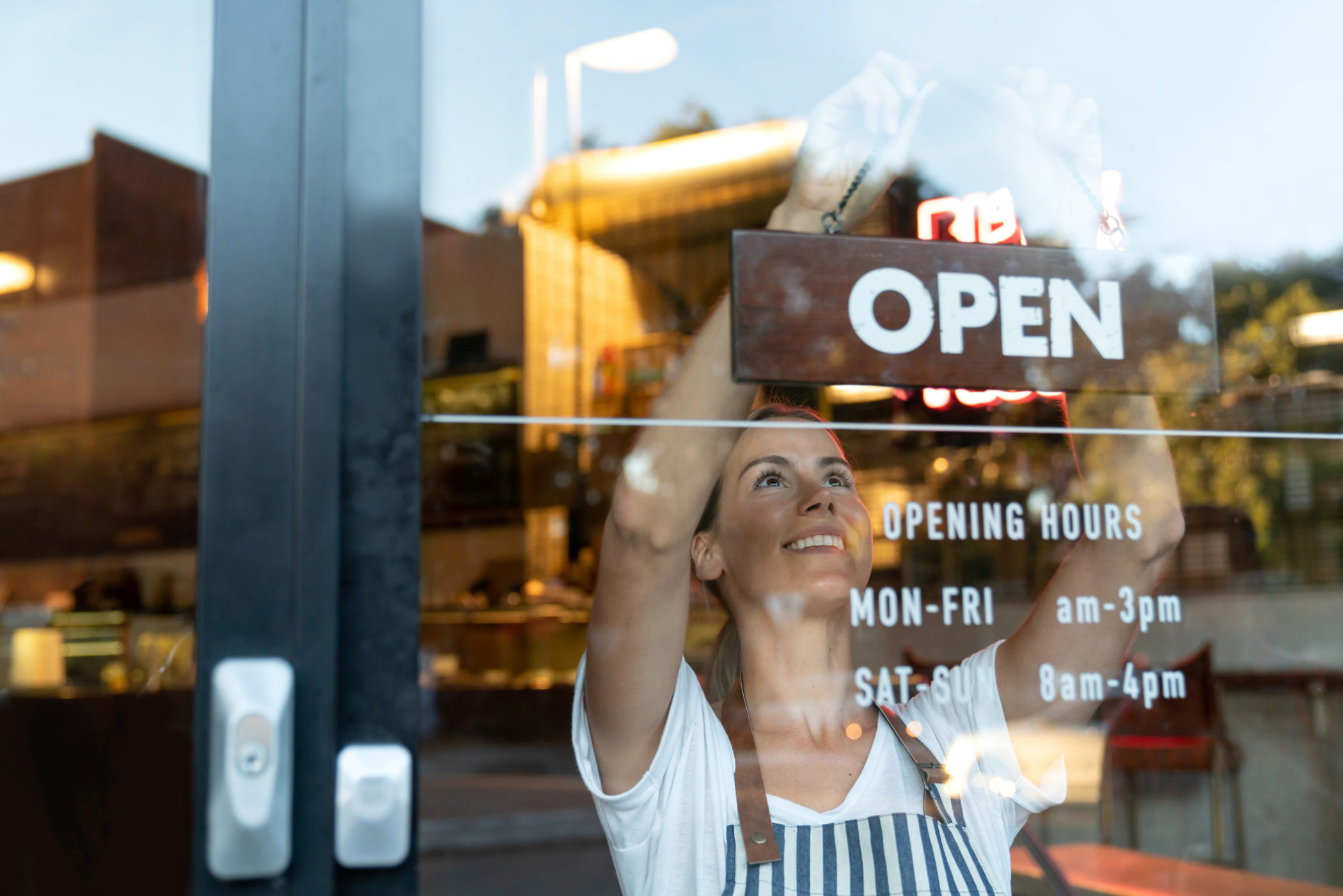 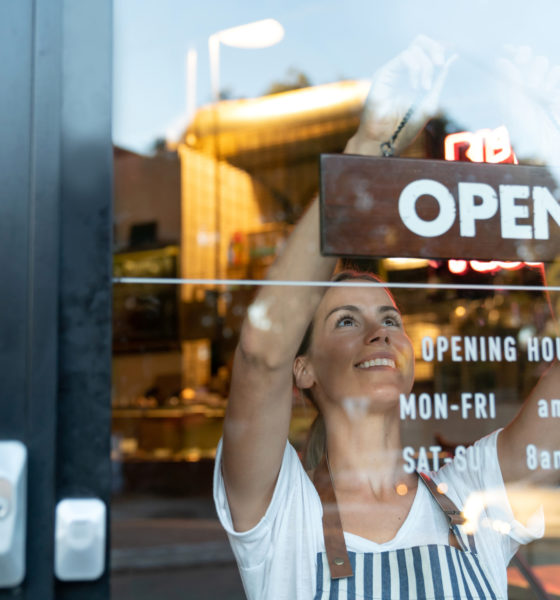 Richard Moore: Government used an “unreliable model to make public policy … (and) the model was wrong.”

by RICHARD MOORE || It’s time to be blunt: America must be allowed to go back to work and our citizens must be able to live their lives. It’s also time for federal officials to stop lying about the coronavirus pandemic.

Before people get started, I’m not downplaying the seriousness of the virus. It’s deadlier than the flu – though only for certain population groups – and it is highly contagious. Those two factors alone have warranted some kind of action. But, as the days pass, it is abundantly clear the virus did not justify what has become a virtual national lockdown. It has destroyed the American economy, at least temporarily, and the social isolation and economic devastation alone will surely ruin thousands more lives.

For one thing, the Institute for Health Metrics and Evaluation (IHME) model that the government used to drive state lockdown policies is so flawed and inaccurate that it should immediately be abandoned. For another, nations that have not locked down are faring no worse or better than nations that have – they too are seeing peaks in the rate of infections, hospitalizations, and deaths. On April 1, the IMHE model predicted 93,765 COVID-19 deaths in the U.S, with a range of between 41,399 and 177,381 for the first wave of the disease through August 4. As of April 10, as FITSNews has reported, those numbers have been revised dramatically downward.

The forecast now is for 60,415 deaths, with a range of between 31,221 and 126,707 through August 4. That’s a massive reduction by more than a third of the death estimate in the space of ten days, and it proves the model is so unreliable it should not be used for policy making.

Such models might be useful in scientific circles, offering insights into trends, but as accurate data upon which to formulate public policy, or even as tools to inform the public, they are valueless.

Yet that’s exactly what the government did. It used an unreliable model to make public policy. It locked down the nation because of dire forecasts that have proved to be wildly wrong. To be sure, officials like Dr. Anthony Fauci don’t admit the model is wrong. Instead, he told NBC’s TODAY show, the falling numbers show just how effective the lockdowns have been.

“The real data are telling us that it is highly likely that we’re having a definite positive effect by the mitigation things that we’re doing – this physical separation – so I believe we are going see a downturn in that,” he said. “And it looks more like the 60,000 than the 100,000 to 200,000.”

The only problem is, as (real) journalist Alex Berenson (a former New York Times reporter who has apparently seen the light) has been reporting, both the higher and lower estimates were based on the very same assumptions, namely, that the country was following maximum social distancing, including stay-at-home orders.

Here’s how the IMHE explained its high estimate on April 1: “These estimates assume the strong continuation of statewide social distancing measures in places where they are already enacted, and future adoption within the next seven days in states without them. If such policies are relaxed or not implemented, the US could experience a higher COVID-19 death toll and hospital burden than what our models currently predict.”

And here’s how Dr. Deborah Birx (above) put it at a March 30 White House briefing, as Berenson pointed out: “So in the model, and there’s a large confidence interval, and so it’s anywhere in the model between 80,000 and 160,000, maybe even potentially 200,000 people succumbing to this.  That’s with mitigation.  In that model, they make full assumption that we continue doing exactly what we’re doing, but even better, in every metro area with a level of intensity.”

Of course, the policies the models based its grim-reaping numbers on did come to pass. What did not come to pass were the projected deaths. The lower numbers – which themselves are likely not accurate – had nothing to do with the enactment of social distancing policies because those policies were already baked into the original model, as Berenson wrote.

The model was just wrong.

Fauci surely knows this. Yet he continues to parade this dishonesty around the corridors of the national media to justify lockdown policies that have no sound justification.

That they don’t can be seen by looking at what is going on in two nations that haven’t locked down their populations: Sweden and Iceland.In Iceland, as in all places, large gatherings have been prohibited, but the schools have remained open, the restaurants have remained open, life has lived on – and guess what – the spread of the virus there apparently peaked on April 7, when for the second day in a row recoveries outpaced new infections.

Over the last week, the country reported 295 cases and 363 recoveries, according to Outbreak News Today.

“As things stand, I think we can say that we have reached the peak,” Þórólfur Guðnason, Iceland’s head epidemiologist, said at a press conference. All the while Iceland’s death rate is just one-third of one percent, with six deaths out of 1,675 cases.

In Sweden, the latest data from the use of intensive care beds shows that there never was a mountainous spike in serious illness despite the more relaxed approach to social distancing, where life proceeded with almost normalcy. The number of newly enrolled intensive care patients remained between 50 and 55 between March 28 and April 6, with a few days of deceleration sprinkled in, and a hopeful decline beginning on April 7.

The point is not that there is no serious illness but that these nations flattened the curve (or the curve flattened itself) by using more balanced measures, without going to extreme lockdowns.

That doesn’t mean the number of overall cases has peaked – the Swedes are following a strategy of herd immunity – and the rap on the country is that its death rate is high, 870 out of 9,685 as of this writing (or 8.9 percent).

Critics observe that that’s a lot higher than its locked down Scandinavian neighbors, but it’s also worth pointing out that it’s lower than some more locked down nations such as France, Great Britain, the Netherlands, Spain, and Belgium.

Critics also say cultural and demographics characteristics set those counties apart, and that may be true to a degree, especially in Sweden, where the running joke is that a mandatory lock down there might be more liberal than their own natural cultural habits.

Still, humans are humans, capable of spreading this infection, and the critical observation about flattening the curve is that it is not intended to ultimately reduce the number of infections in this country but to spread them out over time to avoid overwhelming our health care facilities. Except in a few places like New York, those predictions about overcrowded facilities and a lack of beds were wrong, too, and honest health care professionals will admit that, sooner or later, the same number of people will be infected as would have been without lockdowns, at least until a vaccine is developed. It’s just a matter of time.

And the more likely explanation about Iceland and Sweden faring no better or worse than anybody else is that they were able to achieve the same health outcomes by using more balanced measures – focusing social distancing on vulnerable populations especially, and in the larger society by prohibiting large gatherings, and by aggressive testing and tracking – without the effective economic incarceration of an entire society.

Finally a comparison is in order with the flu season of 2017-18, which killed more than 61,000 Americans, and spared no age group. Young, healthy Americans were harshly victimized, and over the 19 -week period of the season, an average of 458 Americans died each day. At its peak, the flu killed 4,000 people a week, or 571 people a day.

Now it looks like the Covid-19 pandemic will end up pretty much in the same place, when all is said and done, perhaps a little higher. One can say that such parity will be due to effective social distancing and lockdowns, but one can counter that social distancing without a vaccine compared to a flu season with a vaccine and no social distancing is probably a wash.

It worth a ponder: Just what would the nation’s response have been in 2017 if headlines had blared in real time that 458 Americans were dying every day from the flu: “Flu deaths spike to 571 yesterday! Young people dropping dead!”

And just what would our response have been had the original Covid-19 models projected deaths comparable to that flu season, which they are now doing, instead of outrageously inflated and wrong estimates? What would our response have been if headlines had avoided focusing on what turned out to be inaccurate numbers, and had resisted the temptation to double down on the worst case scenarios of the flawed range of deaths?

Our leaders know all this. They know what the answers would be. Maybe they just feel stuck now that they have made such a colossal mistake. We must let them know now that we’re on to that mistake, and that it’s time for our freedoms and our lives back, before the economic and social toll is too great to quickly recover.

Richard Moore is a senior investigative reporter with The Lakeland Times in Minocqua, Wisconsin, and a native and taxpayer in Colleton County, South Carolina.

The Medical Argument Against ‘Stay-At-Home’ Orders