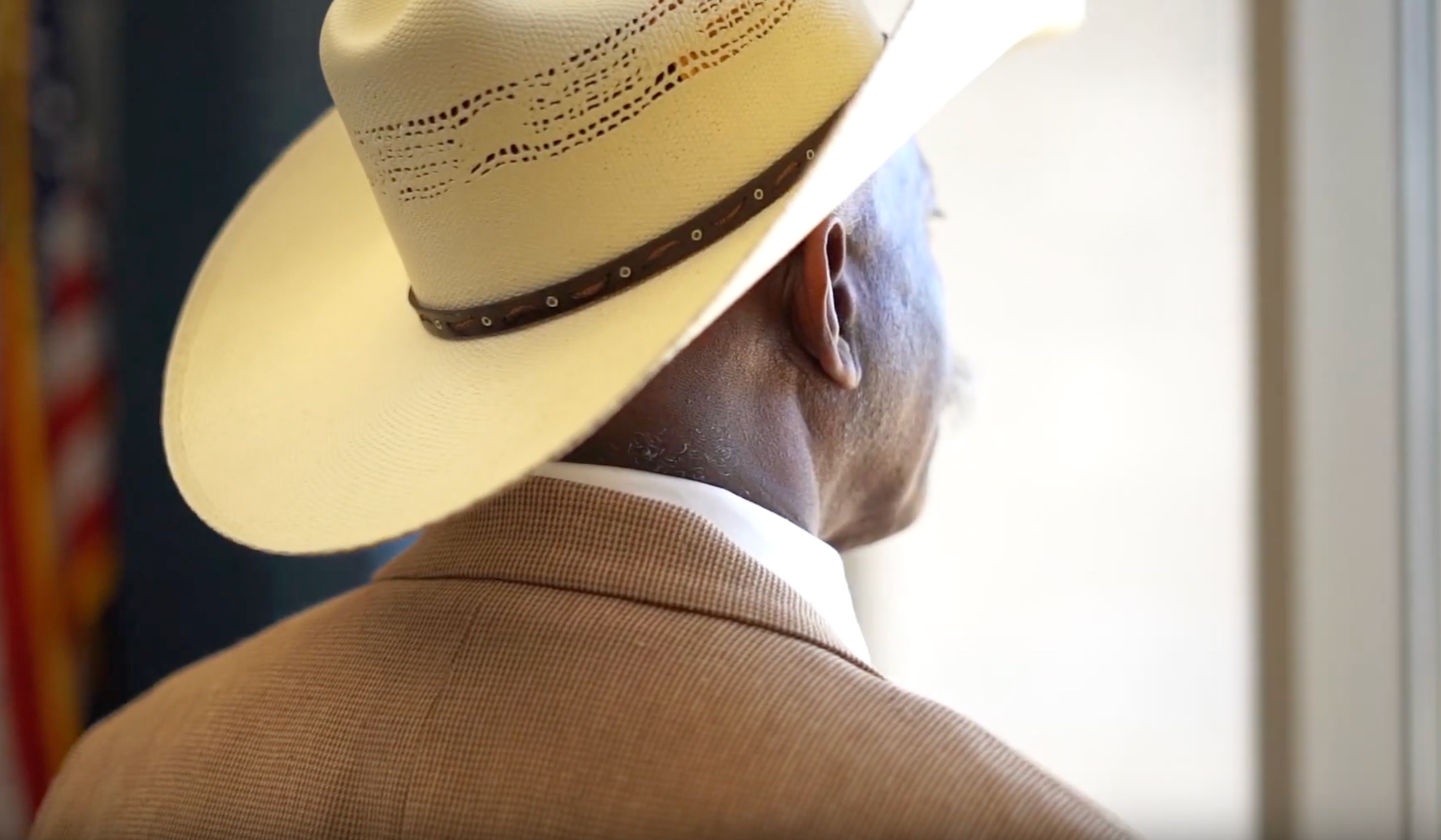 With South Carolina’s election calendar remaining in limbo due to the fallout from the 2019-2020 coronavirus pandemic, the filing period for partisan primaries – which has proceeded in spite of the virus – has been eerily quiet. Candidates have struggled mightily to get anyone to pay attention to their announcements, which is not surprising giving the significance of the story driving the current news cycle.

One candidate who has managed to break through? William H. “Cowboy” Williams, a Democrat who is running for the South Carolina seventh congressional district seat currently held by fiscally liberal “Republican” Tom Rice.

In a one-minute announcement video posted to his YouTube page, the Florence, S.C. military veteran declares his candidacy via a cheerleader-style chant playing off of his nickname.

“My line is ‘who you gonna ride with?’ Your line is ‘Cowboy!’ Okay?” Williams says in the introductory clip, accompanied by soaring orchestral music.

And yes, he and his supporters actually perform the chant …

“Who you gonna ride with!” Williams asks.

“Who you gonna ride with!” he asks again.

“Alright, I love it, I love it,” Williams responds following the third incantation of the chant.

Does Williams have a chance?

Highly unlikely. The seventh district – created in the aftermath of the 2010 U.S. Census – went for U.S. president Donald Trump in November of 2016 by a huge (yuge?) margin. Trump received 58 percent of the vote in the district, compared to the 39.1 percent received by Democratic nominee Hillary Clinton.

Rice also easily vanquished a primary challenger in June of 2018 – drawing 83.6 percent of the GOP vote.

Meanwhile a third candidate, Larry Guy Hammond, has filed to run as a Libertarian. Hammond ran unsuccessfully against Rice in the 2018 GOP primary, drawing a modest 16.4 percent of the vote.

So … who are we “gonna ride with” in this race?

Probably none of the above …

We wish Rice – who owes his election to former S.C. governor Nikki Haley – would find himself on the receiving end of a credible challenge from a fiscally conservative candidate (irrespective of their partisan affiliation).

With just four days remaining in the current filing period, however, that seems unlikely … meaning Rice is a virtual lock to remain in Washington, D.C. for another two years.