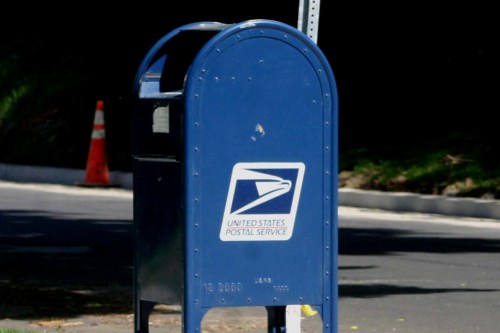 In one of the strangest crime schemes we’ve seen this year in South Carolina, a Greenville man is facing conspiracy charges for allegedly stealing industrial-size mailboxes and taking the items inside, according to federal documents.

Jerry Edward Milliken, of Greenville, was arrested and indicted recently after a postal inspector with the United States Postal Inspection Service investigated the case of the missing mailboxes, according to federal records.  He was indicted on charges of conspiracy to defraud the United States and receipt of stolen mail.

Milliken would then drive the mailboxes to a secluded area where he would bust the large mailboxes open and search for cash, credit carts, gift cards, and checks in the mail, documents say.

He’d use the stolen checks to create counterfeit checks in an attempt to get cash, but was “unsuccessful” in doing so, according to court documents.

This plan unraveled when Milliken was arrested and charged with with possession of meth on Nov 29.

As he was being arrested for meth, deputies searched his trunk and found a laptop, printer, and a backpack containing three leather bank bags containing “numerous” stolen checks, court documents say.

When officers searched Milliken’s home with a warrant, they found two stolen mailboxes.

Before he was arrested, from Nov. 11 and Nov. 29, four “business cluster” mailboxes were reported stolen on Pleasantburg Drive and Congaree Road in Greenville, according to U.S. Postal Inspection Service.

When he was questioned about stealing the mailboxes, Milliken admitted to stealing three out of the four mailboxes, but said he was “high on drugs” so couldn’t remember one of them, according to federal documents.

After Milliken was released on bail, nine blue collection mailboxes were stolen from Greenville, Greer, Easely, Marietta, and Cleveland, South Carolina, and also one also in Waynesville, North Carolina.  Also, a man in Easley caught Milliken on his game camera stealing from a business mailbox. This was enough probable cause to charge him, court docs said.

This isn’t the first time Milliken has been busted for breaking into mailboxes. In 2011, he was sentenced 81 months in prison for very similar crimes, the Pageland Progressive reported.

“Evidence presented at the change of plea hearing established that Milliken was the leader of a mail theft and counterfeiting conspiracy that operated in the upstate of South Carolina,” the Pageland Progressive reported on the 2008 crime. “Members of the conspiracy stole hundreds of pieces of mail and cashed dozens of counterfeit checks to obtain funds to purchase methamphetamine.”

Milliken was indicted on Feb. 11 for the recent charges.

“Milliken knowingly and willfully did combine, conspire, confederate, agree and have a tacit understanding with others known and unknown to the Grand Jury, to knowingly steal mail and possess stolen mail and to knowingly make, utter, and possess counterfeit securities of organizations that do business in and affecting interstate commerce, with the intent to deceive another person and organization,” the indictment stated.