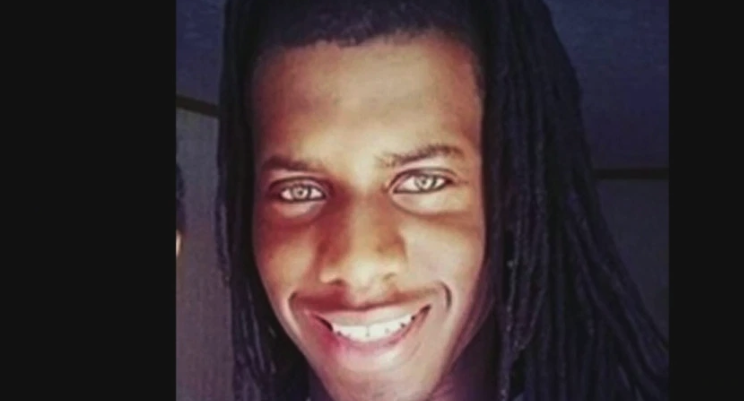 Two years after a Beaufort County man died while in custody, his friend is suing the sheriff’s office and fire department that were on scene when he was tased five times inside his home. She’s also suing the firefighter who allegedly put the man in a chokehold after he was tased.

Angel Barnes, a family friend of 24-year-old Trey Pringle and representative of his estate, filed the wrongful death suit against the Burton Fire Department, the Beaufort County Sheriff’s Office and firefighter Brandon Thomsen on Feb. 13 in the Beaufort County Court of Common Pleas.

Pringle’s family called 911 on Feb. 17, 2018 when they “became concerned” by his behavior, according to the lawsuit. Pringle had “documented mental health issues.”

The family told dispatch they needed medical assistance after Pringle “had broken a television and was behaving erratically.”

Deputies were sent to the family home in Seabrook, South Carolina to help secure the scene before EMS arrived, the lawsuit said.

Beaufort County deputies then decided to restrain Pringle while waiting for EMS to arrive, the lawsuit said.

EMS arrived on scene and then left “to allow the sheriff’s office to evaluate the scene and secure it if needed” because Pringle was “emotionally distraught,”  according to the lawsuit.

The lawsuit claims that Pringle “went from calm and relatively compliant to physically aggressive” multiple times after deputies attempted to restrain him.

The Island Packet reported that Pringle struck a deputy several times and kicked him as they tried to handcuff him.

In an attempt to constrain Pringle, a deputy then used a taser that knocked him down to the floor, the lawsuit said.

Then, firefighter Thomsen put Pringle in a chokehold “without authorization or training,” the lawsuit said. At this time, Pringle was lying on the floor subdued and was surrounded by four first responders, according to the lawsuit.

While Pringle was lying there “subdued,” deputies tased him three more times and then handcuffed him, the lawsuit said

Finally, a Beaufort County deputy deployed a “stun gun” on Pringle and his legs were shackled by other deputies, according to the lawsuit.

The lawsuit accuses Thomsen of keeping Pringle in a headlock/ chokehold while he was subdued on the floor.

When deputies rolled Pringle into a “recovery position,” it appeared he had flat-lined and was not breathing, the lawsuit said.

He died on Feb. 20, 2018 at Beaufort Memorial Hospital, according to the obituary. Pringle “suffered irreversible anoxic brain injury, which led to his death,” the lawsuit said.

His death was ruled a homicide by medical examiners at MUSC, the lawsuit said. The Beaufort County Coroner “also determined that the manner of death was homicide in the carefully revised DHEC death certificate.”

14th Circuit Solicitor Duffie Stone ultimately decided no criminal charges were filed in the case, The Island Packet newspaper reported. Stone told the newspaper he didn’t believe the first responders had any intention of harming Pringle and that multiple conditions led to his death.

Barnes is suing the Burton Fire Department and the Beaufort County Sheriff’s Office, for wrongful death, survivorship and gross negligence for failing to control Thomsen’s actions and the situation. The lawsuit accuses firefighters  and deputies of “failing to act, intervene, or inquire” about Pringle’s status as they watched the chokehold happen.

It also accuses the fire department and sheriff’s office of failing to train first responders to properly control people like Pringle who suffer from mental illness.

In his obitituary, Barnes was listed as a “special friend.”

Pringle graduated from Whale Branch Early College High School in 2012. He was a passionate musician, according to his obituary.

“Trey loved life, and those around him,” his obituary said. “His smile brightened the room and his presence always brought laughter.”