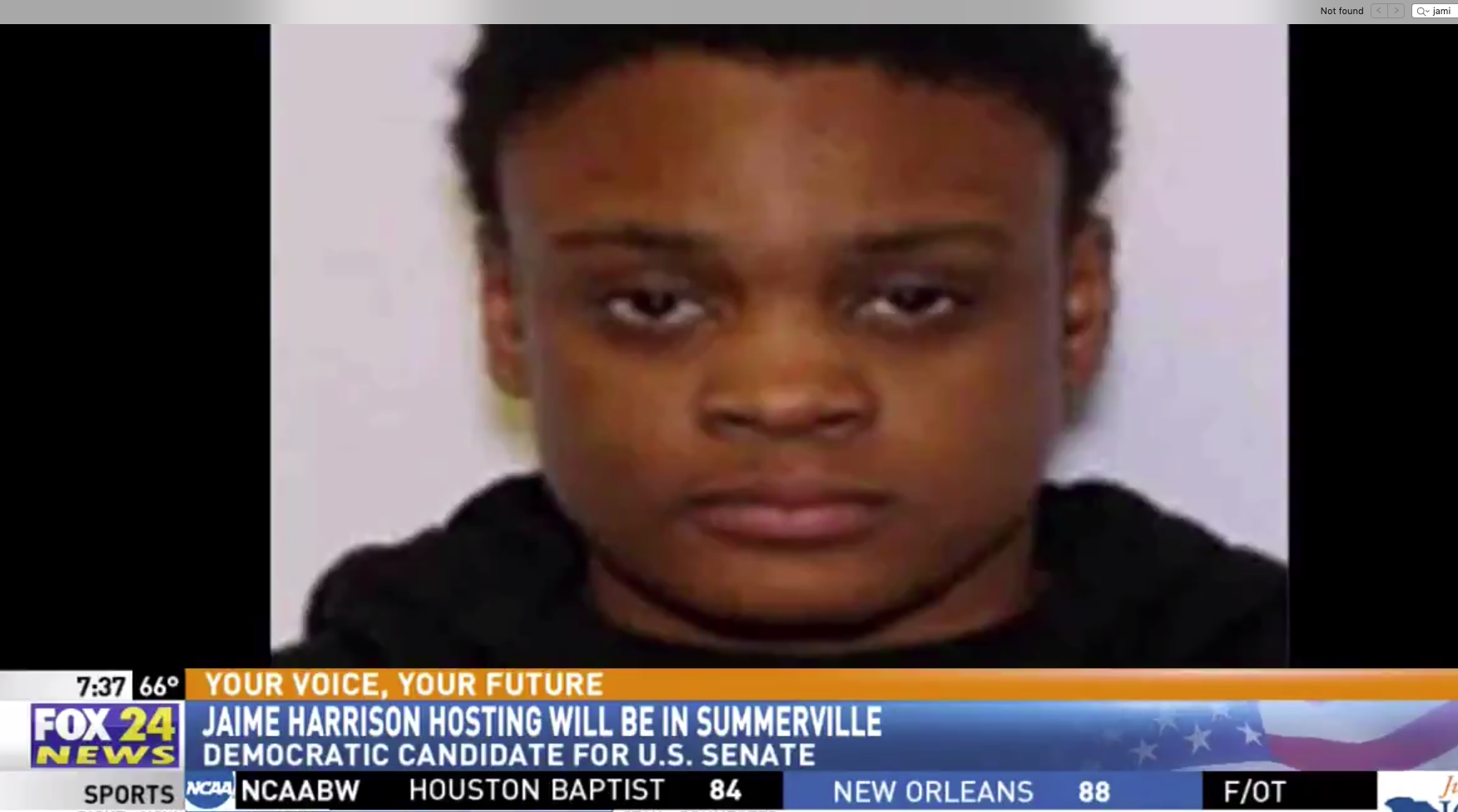 Fox 24 in Charleston, South Carolina issued an apology after making a “regrettable error” on its live newscast yesterday. While reporting on U.S. Senate candidate Jaime Harrison’s Summerville meet-and-greet, the station’s b-roll showed a photo of a black man’s criminal mugshot.

“That is not him,” the anchor immediately said as the screen showed the mugshot. The show then continued with no other mention of it.

The mugshot was not at all the black Senate candidate’s photo, but a black male whose photo was supposed to be used for another story in yesterday’s newscast.

State representative JA Moore posted a video of the newscast to Twitter, which was viewed over 100,000 times.

Harrison, a Democrat fighting for U. S. Senator Lindsey Graham‘s seat this November, responded to the error on Twitter last night.

“Growing up poor in Orangeburg—and as a Black man in the South—I’ve experienced casual discrimination before,” He tweeted with a link to a story from The Root on the mix-up. “I’m deeply troubled by this error in judgment by a trusted news organization and expect better from Fox 24 Charleston.”

Hundreds of people replied in support of Harrison and urged others to donate to his campaign.

“An abomination. Just donated to Jaime again,” one person wrote.

“Every time I see this crap I just donate to the candidate!” another replied.

Several people pointed out that Fox 24 is owned by Sinclair Broadcast Group — the nation’s largest local TV company known for its conservative-leaning segments. In 2018, the company made national headlines when it forced dozens of local TV anchors from stations across the country say the same script.

“Trusted? That FOX station is Owned by Sinclair Broadcasting,” one person wrote.

“This was intentionally done and is disgusting and abhorrent. The station manager at @FOX24Charleston should resign. It’s obviously an open display of racism,” another said.

The station apologized for the error not once, but twice.

Then today, after receiving several angry tweets in response to the apology, the station posted this video from a broadcast, apologizing again to Jaime Harrison for the error:

Harrison said on Twitter that he appreciated the “sincerity” of the station’s apology.

“Local journalism is essential to informing communities on what is happening in our backyards,” he wrote.

The photo shown in the broadcast was of a 22-year-old man named Javondrea Shaidasha McLeod, a shoplifting suspect who escaped from an officer while he was being taken to jail in Charleston County this week.

Harrison is the former chairman of the S.C. Democratic Party (SCDP) and has boasted a record-breaking fundraising in his campaign that has captured national attention.

According to the latest Federal Election Commission filings, Graham has raised more than $16.8 million in his campaign, while Harrison has raised $7.6 million.