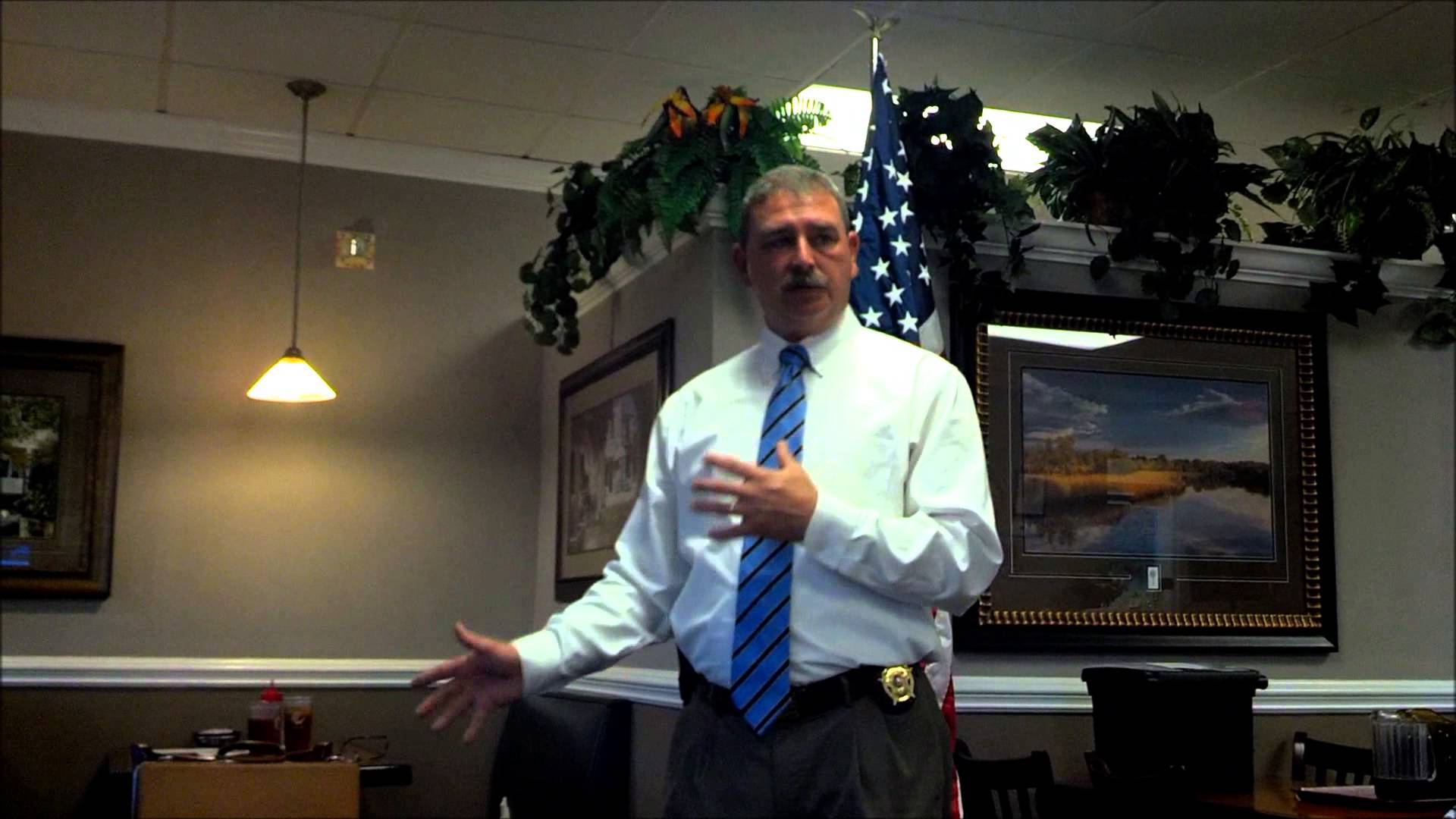 Spartanburg county, South Carolina sheriff Chuck Wright is back in hot water for mishandling yet another domestic violence incident involving one of his deputies. What did the scandal-scarred sheriff do this time? He blamed the victim … publicly.

Earlier this month, our news outlet exclusively reported on a plea agreement reached in the case of repeat domestic violence offender Donald Douglas Ross, Jr., who was hired by Wright after being forced to resign from the Greenville, S.C. police department in 2010 following an incident in which he allegedly beat and waterboarded his then-girlfriend.

We reportedly exclusively on Ross’ latest domestic woes back in July of 2019. At the time, the 37-year-old Greenville, S.C. native was charged with multiple counts of domestic violence in connection with at least four separate incidents.

In one of those incidents, Ross was accused of picking up a woman who was “pregnant with his child” at the time and “forcefully (slamming) her body to the floor.” In another incident, he was accused of “punching (his wife) in the mouth and causing her lip to bust open and bleed.”

In yet another incident, Ross “physically assaulted the victim (his wife), causing physical harm and injury to her, by picking her up and forcefully slamming her body to the floor rendering her unable to breathe momentarily,” according to a probable cause affidavit accompanying one of the many warrants for Ross’ arrest.

“The minor child of the defendant and victim was present when this occurred,” the affidavit continued.

Ordinarily, this news outlet does not name the victims of domestic violence. However, Ross’ victim – his ex-wife Leah Ross – has been vocal on social media in the aftermath of her ex-husband’s plea agreement.

She also gave our news outlet permission to use her name in our coverage.

Earlier this week, Leah Ross commented publicly on a “self-defense for women” post made on the Spartanburg sheriff’s office Facebook page.

Here is what she wrote …

Self defense for women? You allowed my husband to keep his gun and badge for 6 months while he was investigated for domestic violence. Today, our divorce was final…..and even though he was arrested, charged, and convicted of DV….one of your officers in UNIFORM showed up in his support and sat in the back of the court room. Why would you teach women self-defense when you fail to protect them? Unbelievable.

Leah Ross’ comment drew an almost immediate response from Wright – who accused her of changing her story during an investigation into the domestic violence incidents by the S.C. State Law Enforcement Division (SLED).

“If you had not changed your story so much, I could ha(v)e taken care of this the day you called,” Wright wrote in a reply to Ross’ comment. “I am sorry you went through that and you should not been treated that way, (but) you you know well and good that we got on this ASAP and called SLED the same day.”

“I’m not the one you should be mad at, it’s your ex-husband who mad(e) that choice not me,” Wright continued.

Wright did not specify any alleged inconsistencies in Leah Ross’ account. And her husband’s prior history – and guilty plea – lends credence to that account.

Commenters were indignant with the sheriff, with one calling his response “disgusting,” another referencing it as “abhorrent” and still another referring to him as “Chuck Wrong.”

“Maybe you could talk about what you’re doing to end what is clearly a pattern of abuse within your LAW ENFORCEMENT department, rather than publicly shame a DV survivor for inconsistencies in her story,” one commenter wrote (emphasis original).

“To think a Sheriff would actually get on a social media site to call out a DV victim is an embarrassment,” another added. “The people you ‘protect’ should be calling for your resignation. You make us all look bad.”

“It’s abhorrent when predators hide behind a badge,” yet another observed. “Spartanburg Sheriff’s office owe(s) you an apology and needs to clean out bad deputies.”

Another commenter defended Leah Ross (above), calling her “a beautiful young lady inside and out (who) has always been a fierce defender of law enforcement.”

“She is an inspiration to so many others,” the commenter wrote. “I am so proud of her for handling herself with such class, dignity, and respect through this whole ordeal. You could learn a lot from her, but you don’t deserve to be in the company of a somebody who shines like she does.”

In fact as we pointed out in our previous coverage, Ross – who has a massive social media following – “has expressed an interest in using her experiences (and her platform) to help advocate on behalf of other victims of domestic abuse.”

Additionally, she has been pushing for better care for officers who suffer from post-traumatic stress disorder (PTSD) and other work-related issues – which can often lead to outbreaks of violence in the home.

“Sheriff Wright would do better to meet with people like me who can offer solutions,” Ross wrote. “Yearly mental health care for PTSD and job related problems. Mandatory continued education for the guys and gals on how to deal with family life as a law enforcement officer. Mandatory desk duty for officers accused of family violence. Sweeping stories under the rug is clearly not cutting it anymore.”

Obviously, this is not the first time Wright has come under fire for mishandling the spate of recent domestic violence incidence in his department.

Last spring, the sheriff was blasted for defending one of his former deputies – Gary Samuel Watson, Jr. – who was sentenced to two years probation after pleading guilty to second-degree domestic violence and cruelty to children in connection with a July 2018 incident.

According to probable cause affidavits accompanying the warrants for Watson’s arrest, he caused “physical injuries to the neck and back” of his then-spouse and impeded her “breathing and air flow,” an offense which was “committed in the presence of” a minor.

Furthermore, Watson was accused of “unlawfully and not in self-defense” pointing a firearm at the child – his child – while also placing the minor “at unreasonable risk of harm by impeding (their) breathing and air flow.”

In other words, he choked his wife and kid and pointed a gun at them.

Wright’s take on this behavior?

Wright has also faced criticism for his alleged abuses on the issue of civil asset forfeiture, issues which were first raised by this news outlet back in 2016 (years before The Greenville News finally got around to reporting on them).