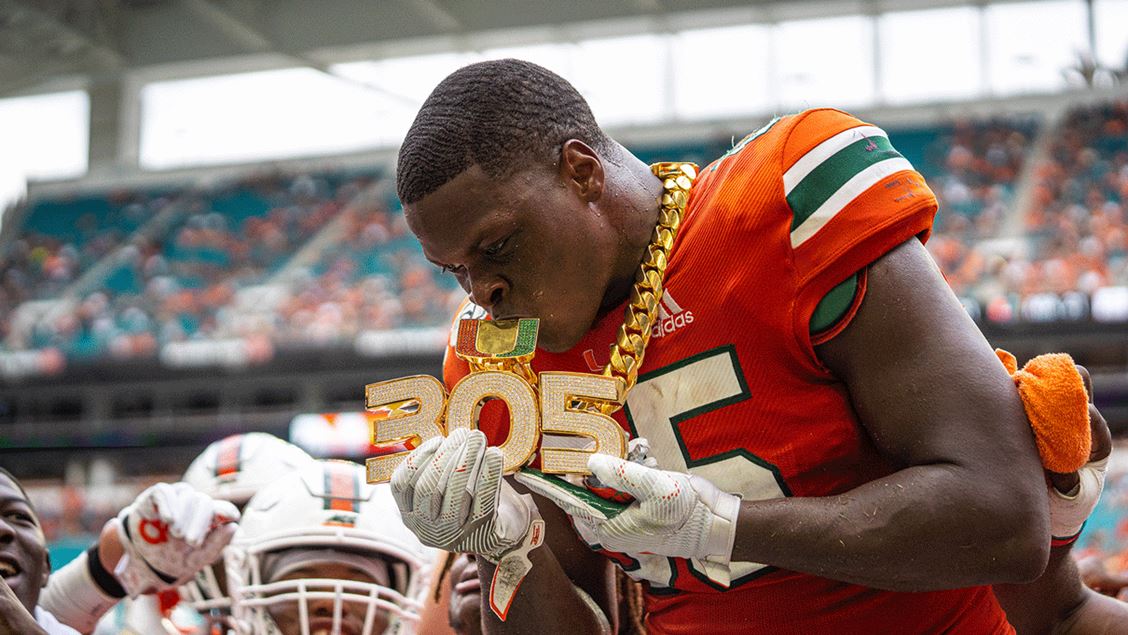 The University of South Carolina football team will play a home-and-home series with the University of Miami in 2026 and 2027, releases from both schools announced this week. The Hurricanes will head to Williams-Brice Stadium in Columbia, S.C. on September 5, 2026, while the Gamecocks will travel to Hard Rock Stadium in Miami Gardens on September 11, 2027 for the second game in the series.

“We are excited to add South Carolina to our future football schedule,” Miami athletics director Blake James said in a statement. “These two matchups will be a terrific showcase for both fan bases and it furthers our commitment to scheduling top programs for our non-conference slate.”

Miami and South Carolina met several times during the 1980s, including a top ten matchup on December 5, 1987 at the Orange Bowl in which the second-ranked Hurricanes narrowly preserved their undefeated season with a 20-16 win over the Gamecocks, who were coached at the time by the late Joe Morrison.

Miami went on to claim its second of five national championships that season.

The previous year, Miami defeated South Carolina in Columbia by a 34-14 score. All told, these two programs have met sixteen times – with Miami enjoying an 8-6-2 series advantage. South Carolina won the last matchup between the two schools – a 24-12 victory in the 2014 Duck Commander Independence Bowl, the team’s last bowl appearance under former head coach Steve Spurrier.

South Carolina finished the 2019 campaign with a dismal 4-8 record – its worst mark under fourth-year head coach Will Muschamp and the second straight year in which the program regressed in terms of victories.

Understandably, Muschamp finds himself on the hot seat … although he continues to receive support from the school’s embattled athletics director Ray Tanner and its president Robert Caslen.

Also, Muschamp has a huge buyout clause in his contract – which makes firing him cost-prohibitive (to the tune of more than $18 million).

“We are excited about adding Miami as an opponent in 2026 and 2027,” Tanner said in a statement. “Coach Muschamp and I believe that our fans want to see great matchups with programs that are typically not on our schedule. I am hopeful that we will be able to announce additional opponents like Miami in the future.”

Miami posted a 6-6 record in 2019 – its first season under head coach Manny Diaz. The Hurricanes sputtered down the stretch – losing to Florida International University and Duke in their final two games. That finish prompted one pundit to assert that Diaz was on the hot seat, too.

“Instead of making Miami good and winning games, Diaz’s group, incredibly talented and athletically gifted across the roster, tripped and stumbled to a 6-6 record with some TERRIBLE losses along the way (emphasis original),” noted Cameron J. Underwood for State of the U. With more talent on the roster than any team they played with the exception of Florida and Florida State – teams with comparable talent to Miami – there was no reason to lose this many games.”

Hopefully both programs will have things turned around by the time they kickoff six years from now.