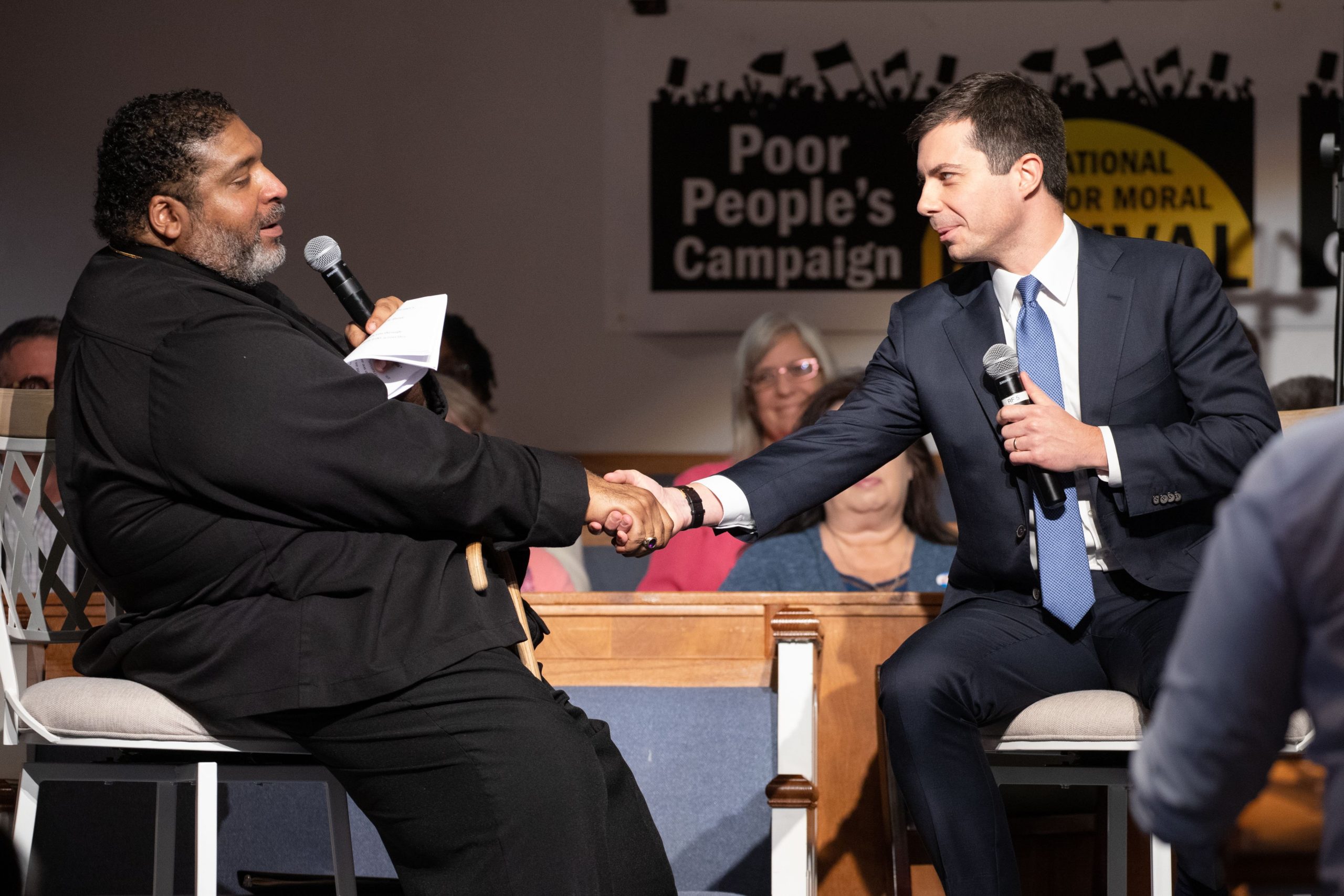 Buttigieg, 37, is currently leading the Democratic field in Iowa and New Hampshire, according to the latest composite polling from RealClearPolitics (here and here).

In Iowa Buttigieg is backed by 24 percent of likely Democratic caucus-goers – a steady uptick from the 11 percent support he was drawing two months ago. In New Hampshire, 20 percent of Democratic primary voters now support Buttigieg – putting him three points ahead of socialist U.S. senator Bernie Sanders.

A month ago, only 8.7 percent of Granite State primary voters backed Buttigieg – a Harvard graduate whose résumé includes eight years in the U.S. Naval Reserve and two terms as mayor of South Bend, Indiana.

Can Buttigieg close that gap?

In its inaugural “First in the South” ad, Buttigieg’s campaign chose to include clips of multiple black voters greeting him and listening to him speak.

(Via: Buttigieg for President)

In addition to the racially inclusive optics, Buttigieg’s ad is themed around inclusivity.

Entitled “Welcomed Me,” the thirty-second spot “touts Pete’s message of a new kind of politics which, instead of pushing Americans even further apart, rallies us together behind bold ideas to solve our urgent challenges,” according to a release from his campaign.

That same release referred to the ad as part of “a $2 million media investment in the Palmetto State,” one coinciding with Buttigieg’s latest visit to the state.

“In our White House, you won’t have to shake your head and ask yourself, ‘whatever happened to I was hungry and you fed me – I was a stranger and you welcomed me?'” Buttigieg said in the spot.

“When I say we’ve got to unify the American people it doesn’t mean pretending that we’re all the same,” he continued. “It means unifying around issues from wages and family leave to gun violence and immigration. The hope of an American experience defined not by exclusion but by belonging.”

That is certainly uplifting rhetoric (minus the unconstitutional gun-grabbing and anti-American support for open borders) … but can Buttigieg sell himself to a black electorate skeptical of his background? Specifically, will black voters choose to embrace the first openly gay Democrat to seek the White House?

Buttigieg has also faced criticism over alleged racism on the part of police in South Bend – which figures to be a credible line of attack against him in the event he manages to break into contention in the Palmetto State.