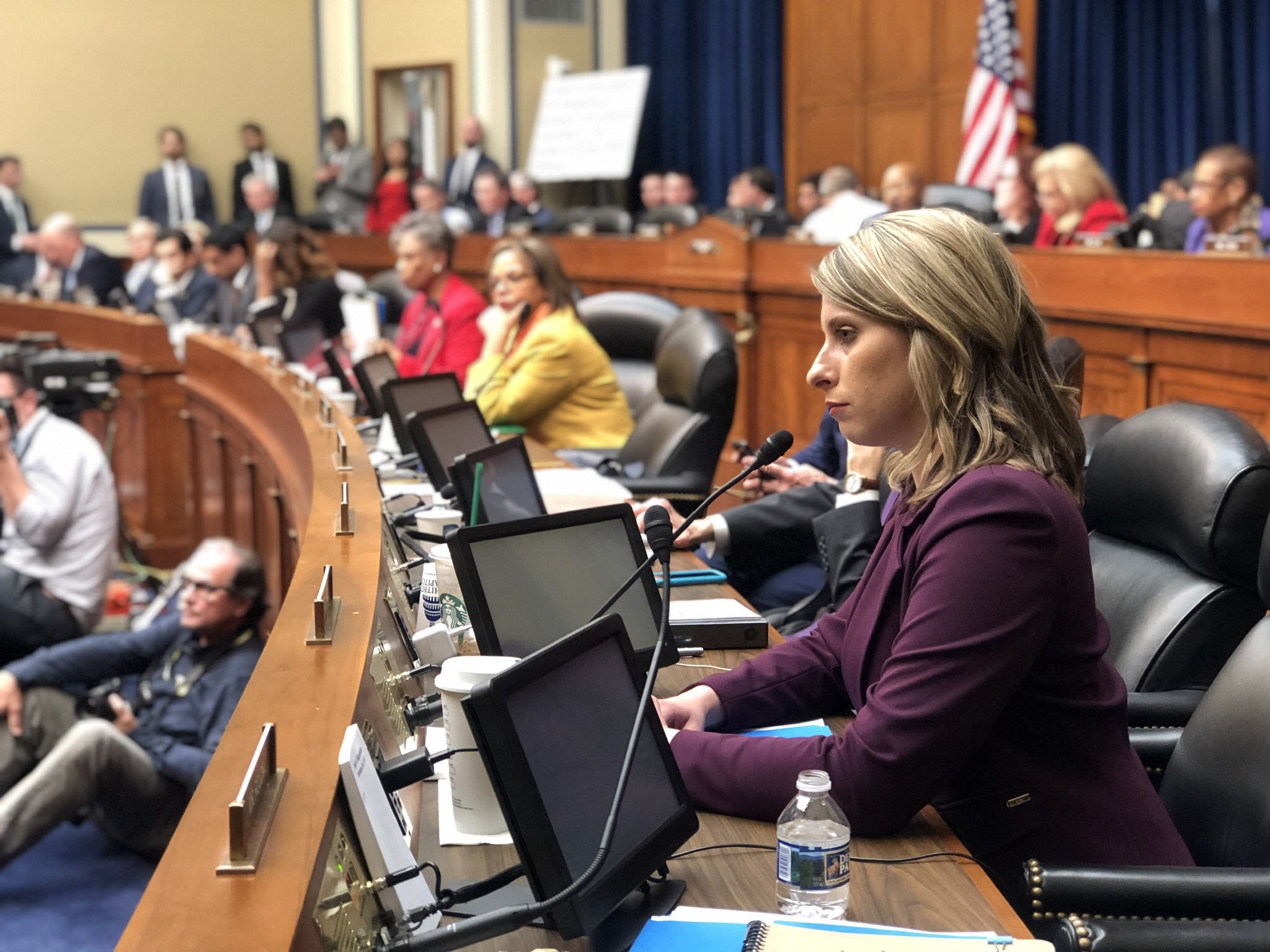 The scandal that enveloped freshman U.S. congresswoman Katie Hill of California this month probably wasn’t going to put the brakes on the impeachment of U.S. president Donald Trump – but it was sure as hell giving the country an interesting distraction. Seriously, what other political drama featured ribald nude photos, drug paraphernalia, alleged Nazi tattoo art and the millennial concept of “throupling?”

After months of mind-numbing, hyper-partisan, red-versus-blue bickering … finally there was something interesting to talk about coming out of Washington, D.C.

At least until Hill put the kibosh on the proceedings late Saturday by resigning her office … thus allowing Democrats to ditch the distraction and get back to the business of going after the president.

“It is with a broken heart that today I announce my resignation from congress,” Hill announced. “This is the hardest thing I have ever had to do, but I believe it is the best thing for my constituents, my community and our country.”

“This is what needs to happen so that the good people who supported me will no longer be subjected to the pain inflicted by my abusive husband and the brutality of hateful political operatives who seem to happily provide a platform to a monster who is driving a smear campaign built around cyber exploitation,” Hill continued.

Hill, her estranged husband Kenny Heslep and former campaign staffer Morgan Desjardins (above) comprised a three-way, polyamorous relationship – that is until the 32-year-old congresswoman began distancing herself from the other two-thirds of the “throuple” shortly after moving to Washington, D.C. in January of this year.

By May of this year, Hill had completely broken it off with Heslep and Desjardins – who was 22 years old at the time the three-way relationship began.

Heslep is now divorcing Hill, claiming she abandoned him and Desjardins to enter into an affair with another former campaign staffer – her congressional legislative director Graham Kelly. Hill, who is openly bisexual, has denied those reports – however last week the House ethics committee launched an investigation into the allegation of sex with a congressional staffer, which would constitute a violation of the rules of the chamber.

Meanwhile, it was revealed Hill was paying Desjardins tens of thousands of dollars out of her campaign account during the time they were lovers – and continued to pay her as recently as September of this year.

The Hill scandal first broke in wide circulation thanks to this article from Red State’s Jennifer Van Laar. But it reached a higher energy level days later when The Daily Mail published a story containing several compromising photographs – including one of Hill in the nude smoking a bong with what appears to be a Nazi “Iron Cross” tattoo just below her bikini line.

The Daily Mail link to the nude bong photo can be found here, although we would warn our readers it is not safe for work (NSFW).

Hill has denied the tattoo has any connection to the Nazi emblem.

While Hill is resigning her seat in congress, she is continuing to pursue the source of the nude photos – while her attorneys have issued cease and desist letters to the news outlets that published them.

“Having private photos of personal moments weaponized against me has been an appalling invasion of my privacy,” Hill wrote. “It’s also illegal, and we are currently pursuing all of our available legal options. However, I know that as long as I am in congress, we’ll live fearful of what might come next and how much it will hurt.”

While Hill ultimately appears to have been abandoned by her Democratic backers – eager to return the focus on Trump – one Republican congressman had her back.

“This is just absurd,” Florida Republican Matt Gaetz tweeted. “The only person who seems to have a gripe is (Hill’s) soon to be ex. Who among us would look perfect if every ex leaked every photo/ text? Katie isn’t being investigated by ethics or maligned because she hurt anyone – it is because she is different.”

This news outlet argued in our initial coverage that Hill’s sex life is none of the public’s business – and that the House rule prohibiting sexual relations between consenting adults is a “stupid rule.”

As far as we are concerned, though, the real story here is the extent to which Democrats were desperate to keep the Hill saga from becoming an even bigger story – which could have drawn attention away from impeachment.