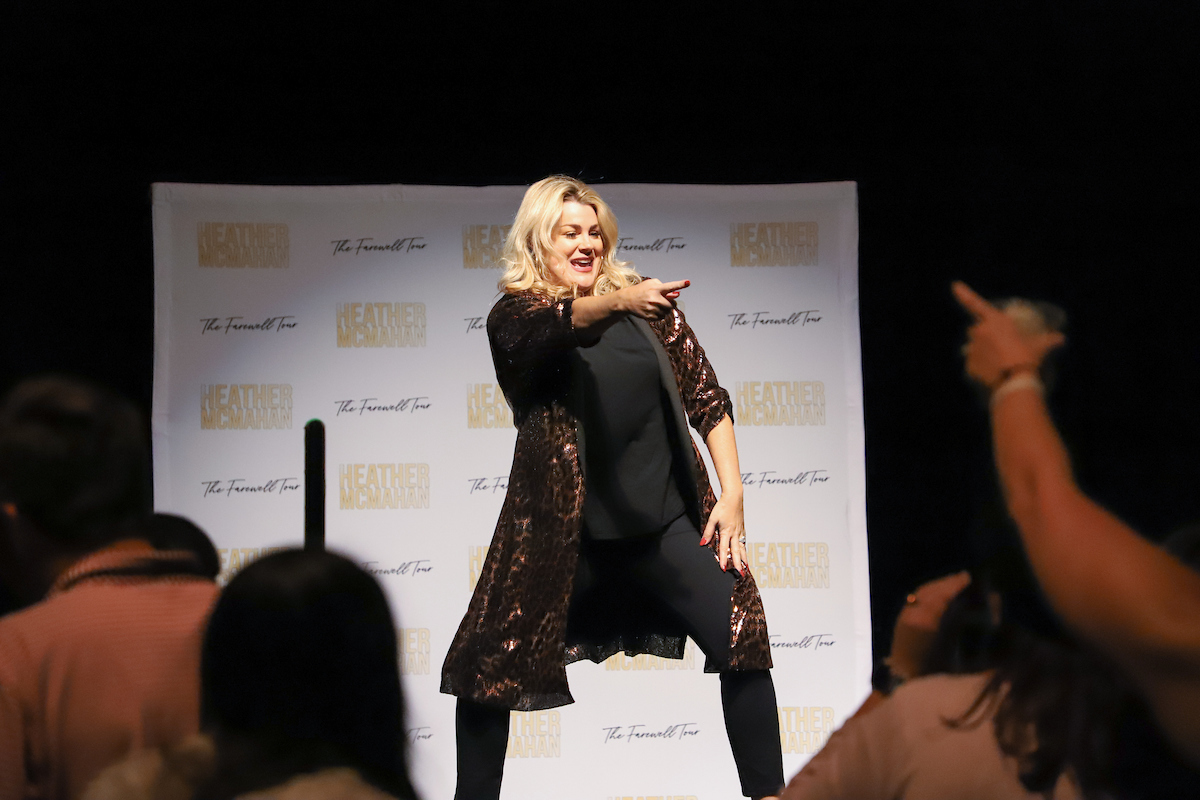 by PAIGE ROBERTS || Charleston, South Carolina put on the dog for Instagram-famous comedian Heather McMahan on Monday prior to her taking on a sell-out crowd at The Charleston Music Hall.

McMahan bragged on her Insta-stories mid-morning while wearing her robe inside the Woodhouse Day Spa, proclaiming, “Y’all, Chris (producer) and I are moving to Charleston!”

She then hopped over to Delaney Oyster House, where she and her crew were the first customers at the new restaurant.

“This place is insane,” McMahan effused, showing off a menu that included “the best shrimp I’ve ever had in my life.”

Certainly those are good plugs for these two establishments considering McMahan has more than 335,000 Instagram followers and sold out her Lowcountry show in only twenty-seven minutes.  According to venue officials, it was the fastest sell out in seven years (just behind Dave Chappelle).

So far, this reads as expected for the city known world-wide for its hospitality and charm. But hold your horses, Charleston, things went south real fast …

Shortly after her show ended, McMahan posts a “PSA” to her followers that has many of her Lowcountry fans waking up, wondering, “Oh sh*t, what did I do?”

“I want you guys to have the time of your life,” she said.  “But I want you to remember it.”

“Some of us are blacking out so hard that we need to call 911 and that’s alarming,” the comedian said, not joking a damn bit. “People are just so wasted it not only ruins it for everybody else but … you paid money.”

She didn’t stop there.

“I don’t want to wonder if the woman in the third row is going to have cardiac arrest because she just sh*t herself,” McMahan said.

“I’m genuinely concerned for how much women are drinking,” she said.  “We’ve got people pissing in the bushes.  We’ve got people sh*tting themselves, throwing up on the front row.”

“I’m genuinely concerned for people’s safety,” she went on.  “That’s how crazy this sh*t’s getting.”

McMahan continued to ask her followers how they’re getting home, do they have a buddy, and if they need a ‘safe-word.’

It didn’t end there.  Her tour’s producer, Chris Ketner, had his own rant about the crowd’s drunken state.

“Please eat a snack,” he wrote. “Please have a sandwich.  Please don’t have 45 vodkas and then come and throw up on the front row.”

While this may have been a one-night-stand for Heather McMahan in The Holy City, here’s hoping her warning stings hard enough for its people to get their sh*t together for the next act it “welcomes.”