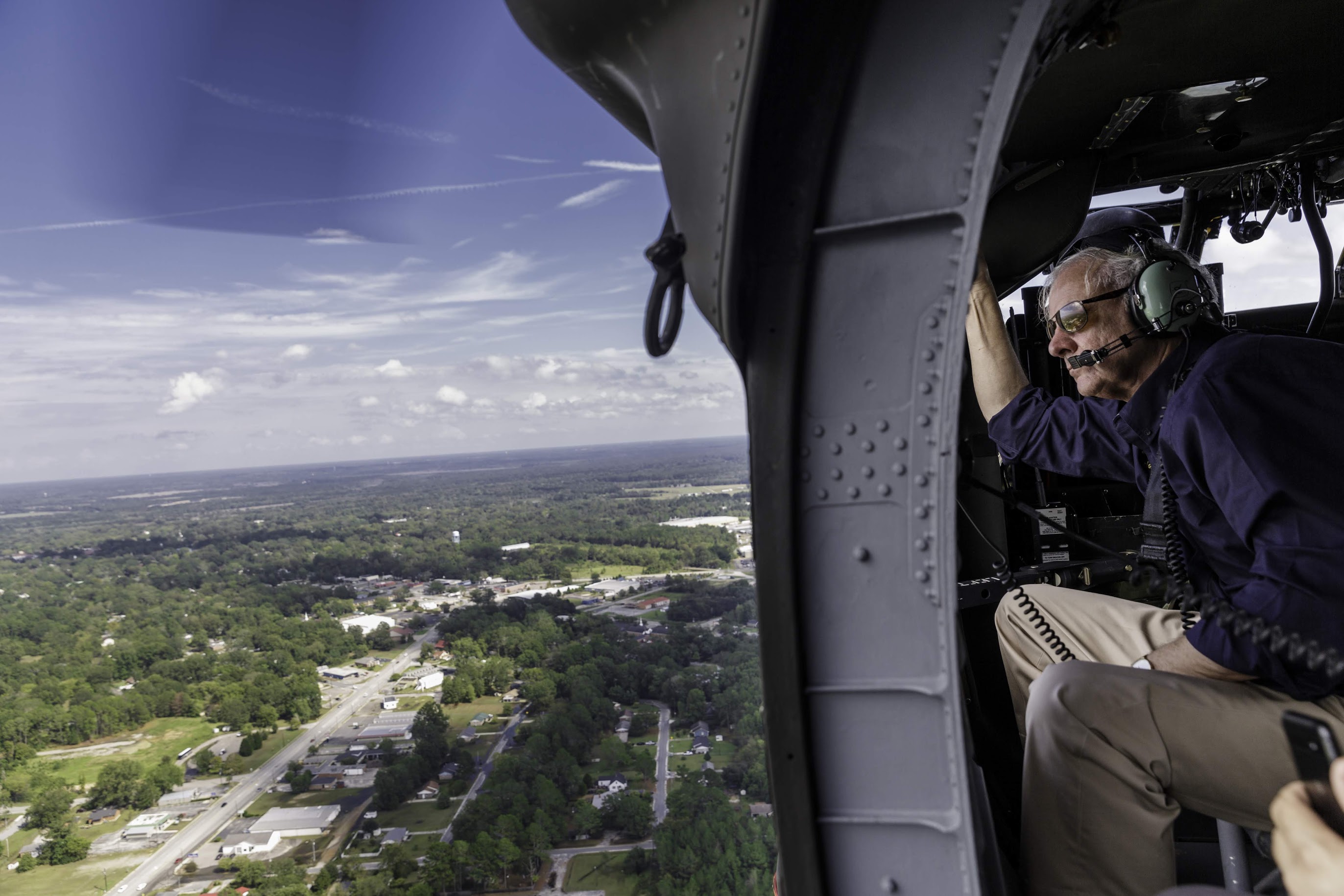 RE: HURRICANE DORIAN – DID HENRY McMASTER JUMP THE GUN?

I have read with curiosity your coverage of the actions taken by governor Henry McMaster and other state and local elected officials in preparation for Hurricane Dorian as it approaches our state and I have a couple of thoughts I wanted to share with you.

First, what is all the complaining about?  Hurricanes are largely unpredictable. Hell, do you believe a single word that corporate weather exasperaters like Jim Cantore have to say as far as a definitive path or strength of any storm? These are the same idiots that got caught using water hoses and fans to create the appearance of weather that was worse than they were experiencing for cryin’ out loud! Nobody reading this letter is any smarter than any one of the professionals around the governor who are advising him with data that neither they, nor I, have access to; data that is far more accurate than what we do have access to.

God forbid – or rather bourgeoisie Charlestonians forbid – that the governor do everything in his power to save lives; a responsibility that not one single complaining voice has any perspective on whatsoever, save you, Mr. Editor. I know that you have sat in on those meetings, heard those briefings and advised a governor using that same data. You know first hand what’s at stake.

Second, complaining about the timing of evacuations is silly. Is money more important than lives? Apparently so. This website often excoriates the South Carolina tourism industry, so why would you all of the sudden care when a natural disaster is heading our way that just so happens to fall on a (albeit socialist) holiday and mandatory evacuations are ordered? Did you have access to information that told you the storm wasn’t going to speed up unexpectedly? Dorian gave you and the bourgeoisie Charlestonians a heads up that everyone else on earth missed? Wonder why he didn’t call the Bahamians and give them any warning that he’d stall (never happened before) and sit there for damn near 48 hours (also never happened before) and destroy every single thing in sight, but yet the governor gets ridiculed for ordering the evacuation in South Carolina on Monday and not Tuesday … smh.

Third, to the geniuses who think they know more than the scientists and meteorologists advising the governor, you’ve got storm surge heading your way the likes of which you haven’t seen since Hugo. Judging by the fact that most of you complaining relocated here from Ohio or some other place everyone permanently evacuates (pardon the irony) you might need to Google the words “Hurricane Hugo” and see what those storm surge levels are. I’ll sum it up for you, it doesn’t make a Tinker’s Damn if Dorian makes landfall in Charleston or not, the flooding will be potentially catastrophic.

How ridiculous will you geniuses look when you had four full days to evacuate, decided you know more than everyone thats acting on facts and science and not some misplaced hurricane bravado, and end up on your roof waving for someone to come rescue you … ironically waiting on the same people who you made fun of and laughed at how “wrong” they were in trying to get you to safety before the storm.

Fourth, why evacuate at all? I can’t tell you how many times I’ve heard this over the last three days. Well, for starters, first responders and emergency personnel need you out of their way so that they can safely do their job after the storm passes. Their lives aren’t worth less than yours, yet they will put theirs on the line to save you after you so “bravely” defied the evacuation orders given by those “idiotic” politicians.

Bottom line here is not one bourgeoisie Charlestonian complaining about the actions that governor McMaster and his team undertook to save lives ahead of this storm could have done a better job. They couldn’t tell you without blindly guessing what any storm will do, let alone a hurricane. They shoulder no real responsibility when compared to the responsibility any governor has over the safety and security of the citizens of their state. They will likely never sit in that seat. They will never have to make that call. All they will ever do is sit back, armchair weatherman every storm that approaches, and tell you that they will be “just fine” while staring down potentially Hugo-like storm surge during a King Tide in a city that floods every time a pigeon takes a leak on East Bay.

I hope the evacuation wasn’t necessary and that the storm misses us completely. For me, getting it wrong means lives were saved and those bourgeoisie Charlestonians can live to complain another day. If you’re reading this there’s still time to get out, however that time won’t last much longer so get a move on!

Irrespective of the merits of your letter, which I believe are strong, your invocation of the term “weather exasperater” regarding Jim Cantore and your reference to the peeing pigeon on King Street are pure poetry.

As for your defense of the governor and his handling of this storm, I hope you know that having worked in a governor’s office during similar situations I have nothing but respect for all of those who do their best to make the right decisions on behalf of the people of this state. It is never easy.