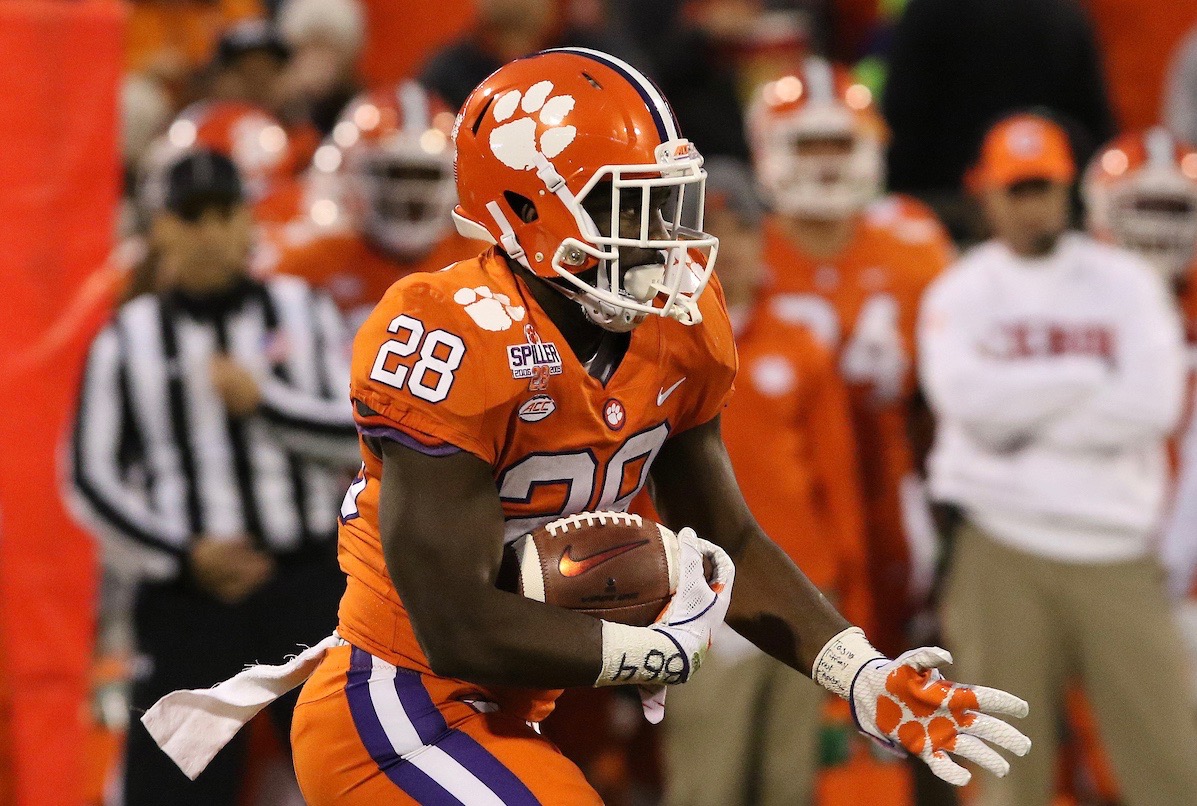 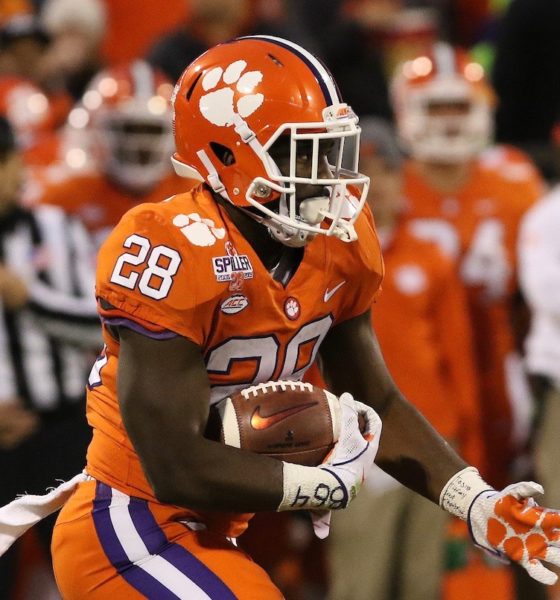 The beleaguered University of South Carolina football program got some good news late Sunday evening when it was revealed that former Clemson University running back Tavien Feaster was becoming a Gamecock.

Head coach Will Muschamp’s team had been competing with Virginia Tech for Feaster’s services, with many believing the Hokies had the advantage.

Instead, the 5-foot-11, 220-pound tailback will spend his final year of collegiate eligibility in Columbia, S.C. – where he figures to immediately enter the mix for a starting position in the Gamecock backfield.

At Clemson, Feaster was projected to play a supporting role to junior All-American Travis Etienne.

A former five-star high school prospect, Feaster was Mr. Football in the Palmetto State in 2015 and was the No. 1 overall recruit in South Carolina after he amassed 6,562 all-purpose yards during his career at Spartanburg High School in Spartanburg, S.C.

The 21-year-old tailback should provide a much-needed spark to South Carolina’s offense – which put up solid numbers in 2018 before ending the season with a dud at the Belk Bowl in Charlotte, N.C.

South Carolina ranked No. 11 out of fourteen Southeastern Conference (SEC) teams in rushing last year, gaining only 1,986 yards on 444 carries. The team’s 4.5 yards-per-carry average ranked tenth in the conference.

In three seasons at Clemson, Feaster amassed 1,330 rushing yards on 222 carries along with 23 catches for another 183 yards. He found pay dirt fifteen times on the ground and once more through the air.

Feaster played on both the 2016 and 2018 national championship teams at Clemson, but his best individual year came in 2017. That season, Feaster racked up 669 yards on 107 carries with seven touchdowns. He also caught 12 passes for 112 yards and a score. His best performance as a Tiger came during last year’s win over Louisville. In that game, Feaster ran for 101 yards on six carries with a pair of touchdowns.

Do we think the addition of Feaster to the Gamecock offense materially improves Muschamp’s chances against one of the toughest schedules in America?

Yes … although we are not sure it improves those chances sufficiently to swing any games in the Gamecocks’ direction.

In addition to Feaster’s former team, South Carolina has match-ups on tap against No. 2 Alabama, No. 6/7 Florida, No. 7/8 Georgia, No. 11/12 Kentucky and No. 16 Texas A&M. With that sort of gauntlet to run, matching last season’s disappointing 7-6 record seems optimistic – even with Feaster in the lineup.

The highest hope for Gamecock fans? That some of these games might be a little bit more competitive now.

The addition of a player from South Carolina’s arch-rival program could put more butts in the seats, though, which is obviously needed.