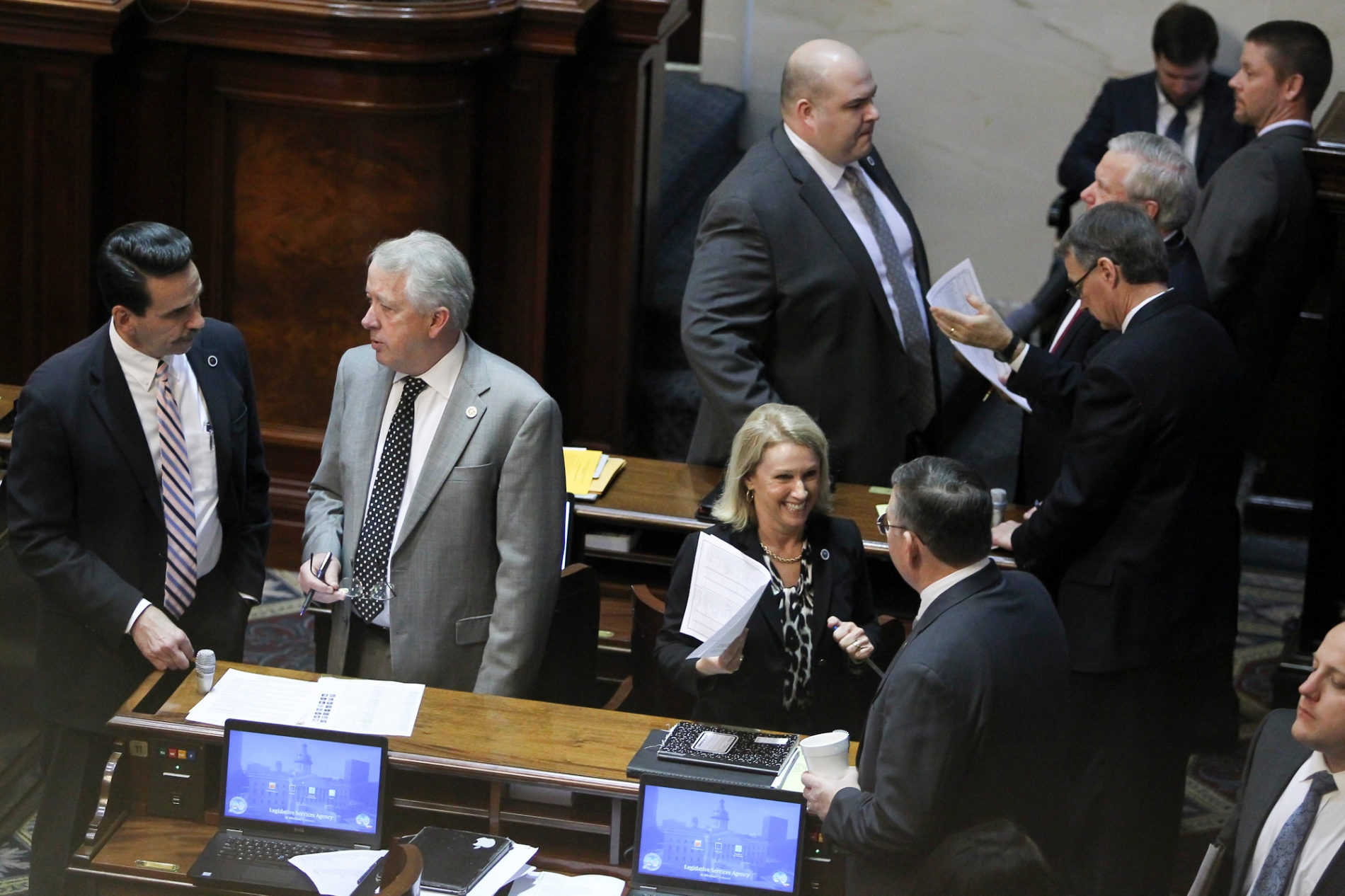 The race to fill S.C. House District 84 (map) – which was vacated earlier this year following the death of state representative Ronnie Young – has gotten testy.

On Friday, one of six GOP candidates for this staunchly Republican seat dropped out of the race – offering some choice words for two of his erstwhile rivals as he departed.

Sean Pumphrey, a 33-year-old Afghan war veteran, said he was withdrawing from the contest so as not to “divide the conservative vote” – which he claimed could leave voters “without a true conservative choice” for this seat.

Pumphrey’s name will remain on the ballot, however.

According to Pumphrey, two of the five remaining candidates in the race – Aiken County councilman Danny Feagin and local small business owner Cody Anderson – have a history of backing Democratic politicians.

“I am a loyal Republican who supports President Trump,” Pumphrey said. “I was very troubled when I saw candidates file in the Republican Primary to fill (this) seat who have a history of supporting Democrats.”

What is Pumphrey referring to?

For starters, this news outlet has obtained copies of several screen grabs taken from Anderson’s Facebook page. One screen grab from November 2006 featured Anderson posting a quote from U.S. speaker Nancy Pelosi as she celebrated the Democrats’ takeover of the U.S. House. Another touted Pelosi as a prospective 2008 presidential contender.

“The future of America,” Anderson (above) wrote in one post, referencing a picture of Pelosi on the page. “I’m not worried anymore.”

The third screen grab we were provided showed Anderson encouraging fellow Facebook users to “invite all of (their) friends” to join the pro-Pelosi page.

Of interest? As of this writing, all of these posts remain active on Anderson’s page.

Anderson told reporter Susan McCord of The Augusta Chronicle that the screen grabs were “fake news,” and that his alleged support of Pelosi stemmed from an assignment handed down to him by a “liberal college professor” over a decade ago.

“It’s always disappointing to see a fellow candidate lash out in poor taste,” Anderson said in a statement issued by his campaign. “To cite the late and great Ronald Reagan, ‘Thou shalt not speak ill of any fellow Republican.’ I do not intend to retaliate in the same poor taste.”

Anderson also took issue with claims that he failed to respond to a questionnaire from the National Rifle Association (NRA), which has awarded an “A” rating to one of the five remaining candidates in the race – Melissa Lackey Oremus.

“We have, in fact, filed with the NRA but they have yet to publish our rating,” Anderson’s campaign statement noted.

According to our sources, that claim is misleading.

“He only submitted something (to the NRA) because he was called out,” a source following the race told us. “And they haven’t published anything because he missed the deadline. This guy will say anything to get elected.”

Anderson rebuked that assessment, citing messages between his campaign and NRA legislative aide Rachel Cole. In that exchange, Anderson’s campaign claimed it never received the NRA survey and asked for it to be “resent.”

In a follow-up message, Cole acknowledged receiving the survey from Anderson’s campaign and said a grade would be posted “as soon as possible.”

As for Feagin, Pumphrey accused him of endorsing a Democratic candidate – Russell Curry – in the 2008 election for this seat against Republican Roland Smith. That allegation has yet to be addressed by the county council member.

Conservative groups have been rallying around the candidacy of Oremus (above) as the GOP race approaches its first critical test – a vote next Tuesday, July 30, 2019.

Based on what we have seen, she certainly appears to be the candidate most aligned with our pro-freedom, pro-free market world view.

The outcome of next week’s vote will determine whether one of the five remaining GOP candidates advances to the special election on October 1 – or whether a Republican runoff election will be required on Tuesday, August 13 to determine the GOP nominee.

If no candidate receives a majority of votes cast in the first round of partisan primary balloting in South Carolina, a runoff election between the two, top vote-getters is held two weeks later.

With five candidates in the race, a runoff seems all-but-assured.

Young represented District 84 for nearly two years prior to his death on May 19. Prior to his election to the S.C. House, he spent 21 years as chairman of the Aiken county council. He rose quickly through the legislative ranks, earning the first vice chairman’s position on the influential House education committee.

Young defeated Democrat Jennifer Lariscey in a 2017 special election to claim this seat two years ago – and then defeated Lariscey again in the 2018 general election.

No Democrats filed to run in this special election, meaning the race will effectively be decided during the GOP primary process. Whoever wins the race will have to file the following March for the 2020 election cycle.