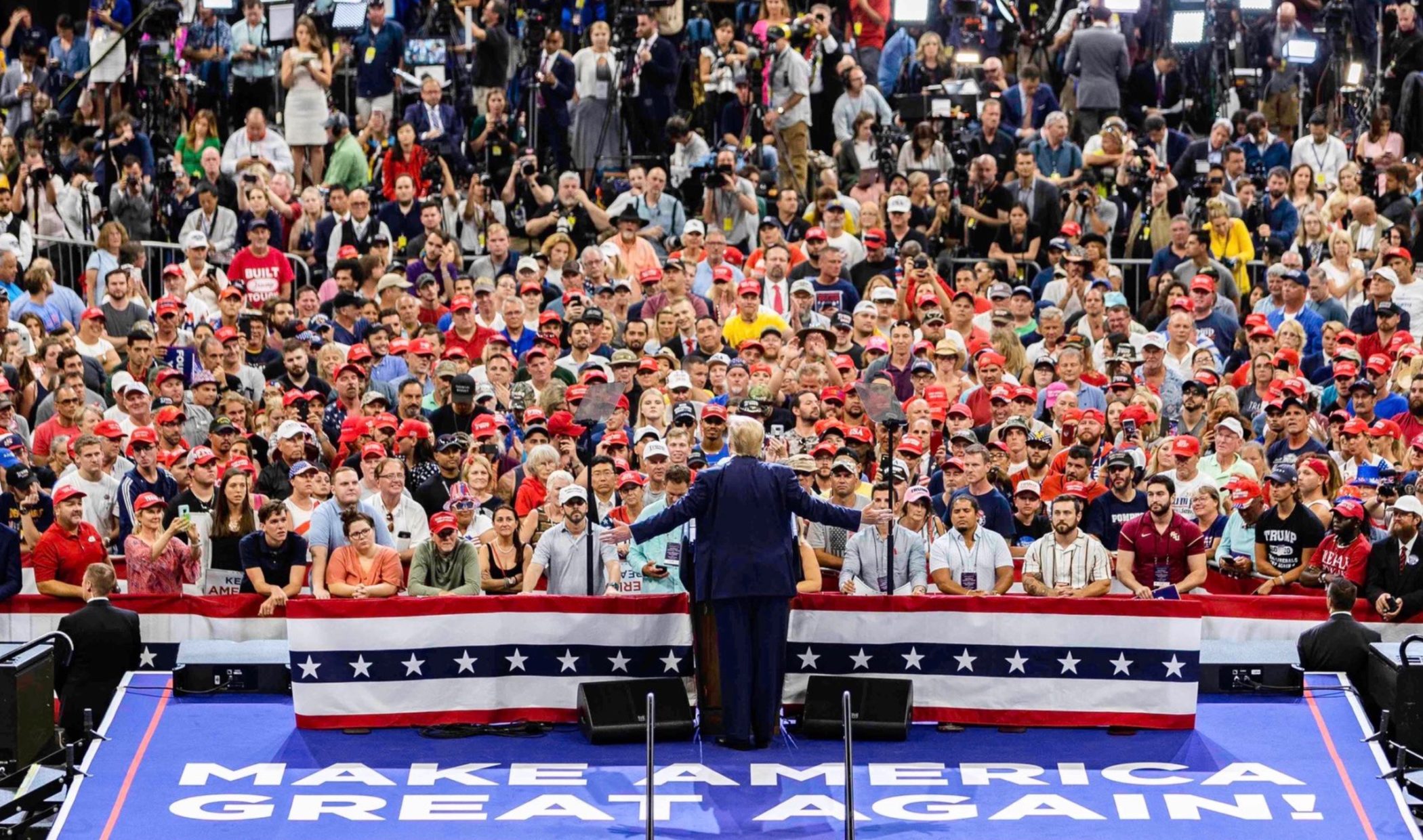 The bombastic leader – who overcame his own party’s establishment, the mainstream media and the political machine of Hillary Clinton to claim a shocking upset victory in 2016 – basked in the populist glow that fueled his political rise.

“We stared down the unholy alliance of lobbyists and donors and special interests who made a living bleeding our country dry,” Trump said. “The swamp is fighting back so viciously and violently. For the last two and a half years, we have been under siege.”

That much is true. Trump is indeed under siege, although at this stage of the game we do not believe his enemies have made a compelling case against him – certainly not as it relates to allegations that his campaign colluded with Russian interests to rig the 2016 election.

If anything, those allegations have fallen flat … and exposed the bad behavior of many of Trump’s enemies.

Of course for Trump’s status as a persecuted populist hero to ring true, he has to be advancing policies geared toward improving outcomes for the majority of Americans – and getting results.

Is he doing that? He certainly thinks so …

“Our country is soaring to incredible new heights,” Trump said. “Our economy is the envy of the world, perhaps the greatest economy we’ve had in the history of our country, and as long as you keep this team in place – we have a tremendous way to go – our future has never, ever looked brighter or sharper.”

That point is obviously debatable. Trump has fared better than his predecessor Barack Obama on the economic front, but America’s gross domestic product has yet to hit the three-percent threshold under his watch – and there are ominous clouds on the economic horizon.

Trump administration officials are doing their best to downplay the risks of a possible recession, but it is a real possibility – and has the potential to be fatal to Trump in an election year.

This news outlet endorsed Trump in 2016 – first prior to the Republican presidential primary and again in his general election campaign against Clinton.

Why not? Simple: We are staunch fiscal conservatives, and Trump has been an abject failure on this front. Not only has he failed to rein in out-of-control government spending, he has failed to provide middle class Americans with the tax relief he promised them on the campaign trail – instead choosing to dole out the vast majority of that relief to corporations and wealthy Americans.

Those groups deserved relief, to be sure, but given the rising income inequality in this nation – and the primary role middle class consumers play in fueling our consumer economy – they did not need it in larger proportion than the rest of us.

Also, while Trump threw plenty of red meat to his followers on the immigration issue, it is important to remember he had to be dragged kicking and screaming into this debate last year.

“On no issue are Democrats more extreme – and more depraved – than when it comes to border security,” Trump said. “The Democrat agenda of open borders is morally reprehensible. It is the great betrayal of the American middle class and our country as a whole.”

We agree … but we also remember Trump tried to bail on the border security debate last December, making it difficult to listen to him wax indignant about it now.

More red meat was thrown to the crowd on the issue of judicial appointments, specifically the contentious confirmation of U.S. supreme court justice Brett Kavanaugh.

“They didn’t just try to win, they tried to destroy him with false and malicious accusations,” Trump said, referring to the Kavanaugh affair.

That is true … but again, it is important to remember Kavanaugh’s selection was forced on Trump by liberal Republican senators like Lindsey Graham of South Carolina – who preemptively signaled their refusal to confirm a true pro-life justice.

As a result, “conservatives” got Kavanaugh …