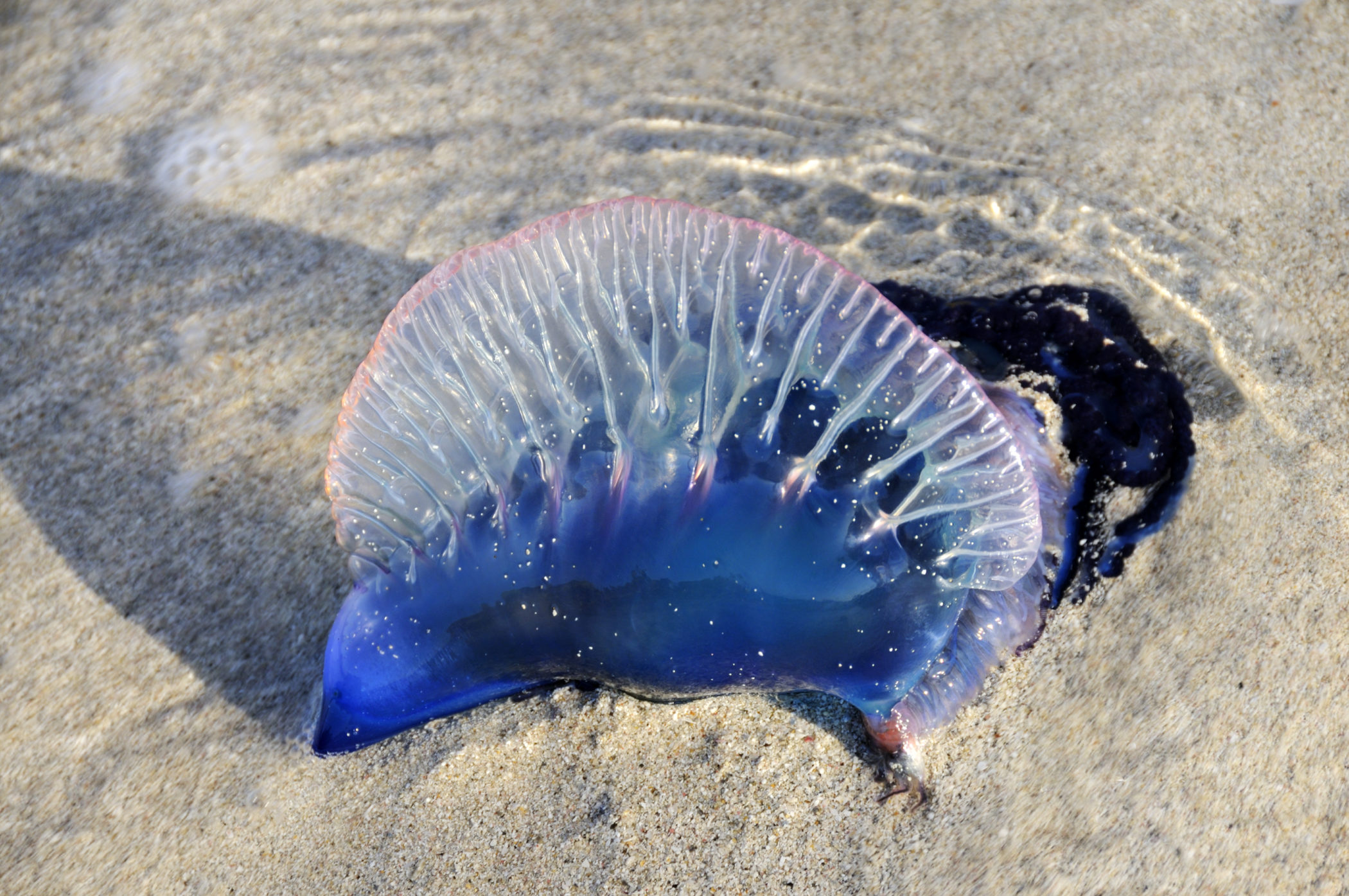 According to the S.C. Department of Natural Resources (SCDNR), a “small number” of Man O’ Wars have been spotted on Palmetto State beaches – prompting the agency to issue a warning to beachgoers.

“You should steer clear of these highly venomous relatives of jellyfish both in the water and ashore, as even a dead man-of-war has a sting strong enough to sometimes require medical attention,” a statement from SCDNR warned. “Fortunately, the bright blue ‘float’ of a man-of-war makes them easy to recognize and avoid.”

In fact, just days after SCDNR issued its warning more than a dozen Man O’ Wars were spotted on Hilton Head Island, according to reporter Mandy Matney of The (Hilton Head) Island Packet.

Named for their resemblance to 18th century Portuguese warships cruising at full sail, Man O’ Wars are found in the Atlantic, Indian and Pacific oceans. They have no means of independent propulsion, instead being driven by currents, tides and winds.

According to the National Oceanic and Atmospheric Administration (NOAA), Man O’ Wars often travel in legions of up to 1,000 –  each with “a balloon-like float, which may be blue, violet, or pink” rising up to six inches above the waterline.

Technically, a Man O’ War is not a true jellyfish but rather a symbiotic assemblage of specialized individual animals working in concert – a.k.a. a “colonial organism” or a “siphonophore.”

“A siphonophore is unusual in that it is comprised of a colony of specialized, genetically identical individuals called zooids – clones – with various forms and functions, all working together as one. Each of the four specialized parts of a Man O’ War is responsible for a specific task, such as floating, capturing prey, feeding, and reproduction.”

Typically, a Man O’ War’s tentacles reach 33 feet but in some cases they can extend as far as 150-175 feet. These tentacles “contain stinging nematocysts, microscopic capsules loaded with coiled, barbed tubes that deliver venom capable of paralyzing and killing small fish and crustaceans,” according to the NOAA.

Stings can occur in the water and if a Man O’ War is touched after watching up on the shore.

According to SCDNR, Man O’ Wars typically remain in the open ocean but “are occasionally pushed ashore by strong winds.”

“They have recently washed onto beaches from Florida to North Carolina,” the agency warned.

Duke Energy: Back To Scorched Earth In South Carolina?