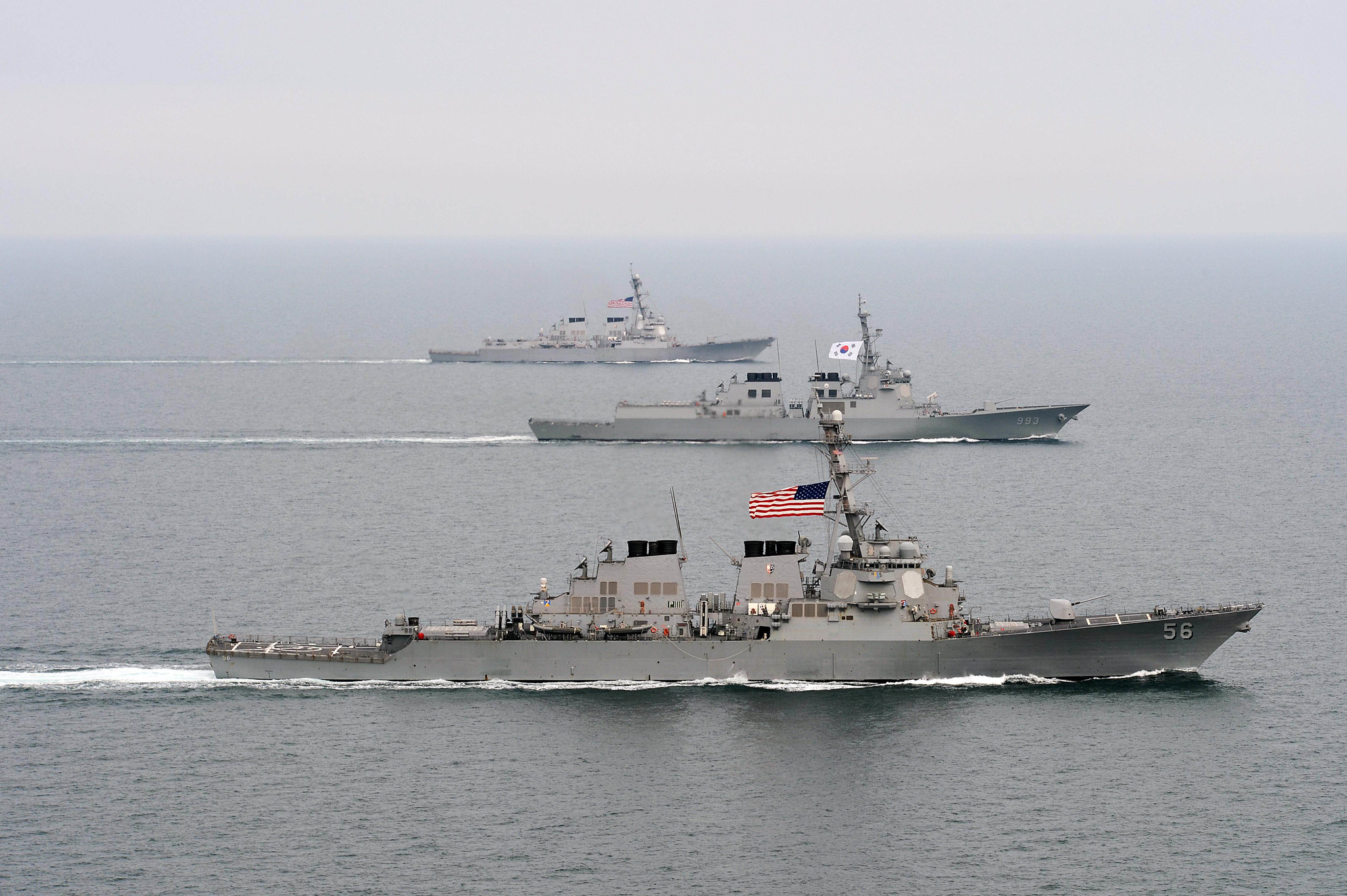 U.S. president Donald Trump traveled to Japan earlier this week and during his trip delivered Memorial Day remarks at the Yokosuka Naval Base – a sprawling 570-acre complex located at the entrance to Tokyo Bay.

Those comments weren’t especially newsworthy, but the run-up to his visit in the land of the rising sun has become a major story.

On May 15, 2019, two weeks prior to his arrival, an email to military officials outlined three key logistical considerations for Trump’s visit to the base – including readying helicopter landing areas and prepping the USS Wasp (LHD-1), the amphibious assault ship that served as the backdrop for Trump’s remarks.

The third issue covered by the email? The USS John McCain (DDG-56), a guided missile destroyer named after the late U.S. senator John McCain of Arizona and his father and grandfather, both admirals in the U.S. Navy.

It is obviously no secret Trump and McCain – the 2008 GOP presidential nominee – were sworn political enemies, with McCain emerging as a key player in the leaking of a now-discredited British dossier that led to the federal government’s spy campaign against Trump in 2016.

This history was not lost on the author of the email …

“USS John McCain needs to be out of sight,” the email noted in its final directive to Yokosuka officials.

“Please confirm #3 will be satisfied,” it added.

According to reporters Rebecca Ballhaus and Gordon Lubold of The Wall Street Journal, “a tarp was hung over the ship’s name ahead of the president’s trip … and sailors were directed to remove any coverings from the ship that bore its name.”

Additionally, “a barge was moved closer to the ship, obscuring its name” and sailors aboard the vessel, “who typically wear caps bearing its name,” were given the day off during Trump’s visit.

Eventually the tarp was removed and the barge returned to its prior position, but the perception of the White House snubbing a ship named in honor of Trump’s GOP nemesis quickly became big news.

The White House did not respond to the Journal reporters’ request for a comment prior to publication, but Trump tweeted about the situation not long after the story ran.

“I was not informed about anything having to do with the Navy Ship USS John S. McCain during my recent visit to Japan,” Trump tweeted, adding that he and his wife Melania Trump “loved being with our great military men and women – what a spectacular job they do!”

That statement did not ring genuine to the late senator’s daughter (and chief defender of his legacy), Meghan McCain.

“Trump is a child who will always be deeply threatened by the greatness of my dad’s incredible life,” McCain tweeted. “There is a lot of criticism of how much I speak about my dad, but nine months since he passed, Trump won’t let him RIP. So I have to stand up for him.”

“It makes my grief unbearable,” she added.

Laying it on a little thick?

Our view? We have no way of knowing the impetus of these orders regarding the USS John McCain. Nor do we particularly care. This news outlet was never a fan of McCain’s – opining shortly before his death that he did “incalculable damage to the American Republic at home and abroad.”

Still, whoever issued these edicts is not doing Trump any favors … although our guess is he has more pressing matters on his plate at the moment.

UPDATE: Or not … “I don’t know what happened. I wasn’t involved. I would not have done that,” Trump told ABC News senior Washington correspondent Terry Moran on Thursday. “I was very angry with John McCain because he killed health care. I was not a big fan of John McCain in any way, shape or form.”

“Now, somebody did it because they thought I didn’t like him okay? And, they were well-meaning,” Trump added. “I didn’t know anything about it. I would never have done that.”