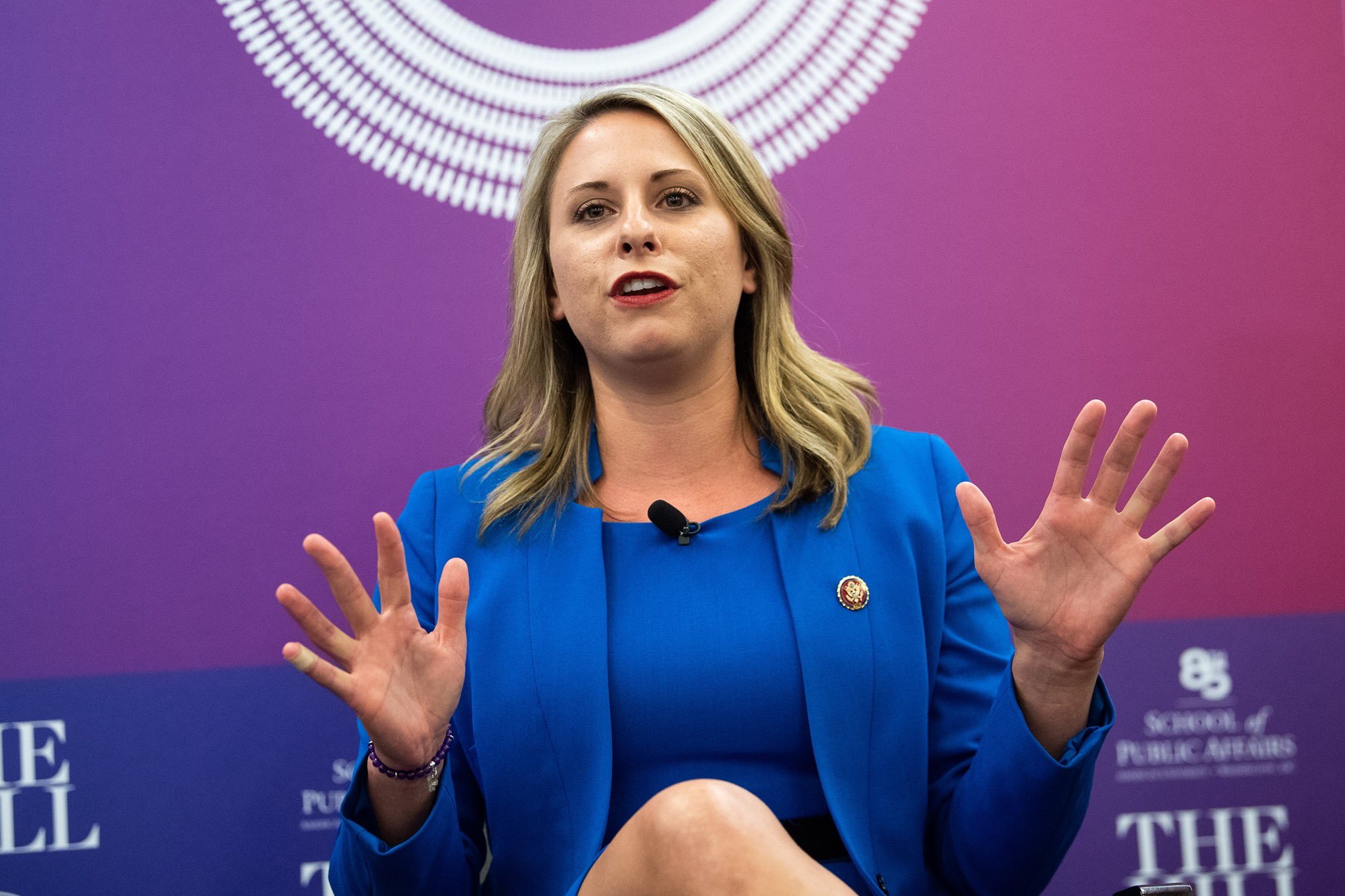 As impeachment fever grips Washington, D.C., an interesting sideshow has enveloped U.S. congresswoman Katie Hill of California – vice chairwoman of the House committee on oversight and reform. According to a recent article by Red State’s Jennifer Van Laar, the freshman Democrat – who is openly bisexual – was until quite recently “involved in a long-term sexual relationship with a campaign staffer.”

This staffer, a 22-year-old female, then became involved in a “throuple” relationship with the Democratic lawmaker and her estranged husband, Kenny Heslep.

What is a “throuple?”

“Heslep and the staffer, according to text messages provided to RedState, believed the polyamorous arrangement to be a long-term, committed relationship,” Van Laar noted.

The “throuple” didn’t last, though … (surprise).

Hill, 32, began distancing herself from the other two-thirds of her relationship shortly after moving to Washington, D.C. in January of this year – and completely broke off relations with Heslep and the staffer in May, according to Van Laar’s report.

(Via: Katie Hill for Congress)

“Honestly … it’s that I want to be alone,” Hill wrote in a text message to her ex-lover obtained by Van Laar. “I don’t want to be accountable to anyone else. I want to be entirely focused on this work that I think is so important.”

In addition to a treasure trove of text messages, Van Laar was provided with numerous “intimate photographs” of Hill and the staffer – photos her news outlet chose “not to publish.”

One photo that was published? An image of Hill – in the nude – brushing the staffer’s hair that has since gone viral on social media.

Why should we care who Hill does – or doesn’t – share her bed with?

We shouldn’t … well, except that in addition to having an alleged affair with a female campaign staffer, Hill has also been accused of having an affair with a male staffer in her congressional office. And assuming Hill and legislative director Graham Kelly were indeed involved with one another sexually, that would constitute a violation of House rules.

Stupid rules, we would argue … but rules nonetheless.

RedState’s sourcing on the Kelly allegation is thin, but conservative media outlets have seized upon it in the hopes of undercutting Democrats’ impeachment campaign against U.S. president Donald Trump. One conservative reporter – Matthew Boyle of Breitbart – went so far as to claim the Hill scandal threatened to “undermine impeachment” and could “cause serious repercussions for Democrats throughout the House of Representatives” as they advanced formal charges against Trump.

As for Hill, she denied the allegations in a meeting with Democratic leaders Nancy Pelosi (above) of California and Steny Hoyer of Maryland – blaming the allegations on an “abusive husband.”

“The fact is I am going through a divorce from an abusive husband who seems determined to try to humiliate me,” Hill told Politico. “I am disgusted that my opponents would seek to exploit such a private matter for political gain. This coordinated effort to try to destroy me and people close to me is despicable and will not succeed. I, like many women who have faced attacks like this before, am stronger than those who want me to be afraid.”

She referred to the allegations of a sexual relationship with Kelly as “absolutely false” and announced that the U.S. Capitol Police had initiated an investigation into the origin of the leaked photos.

The Katie Hill scandal is ...