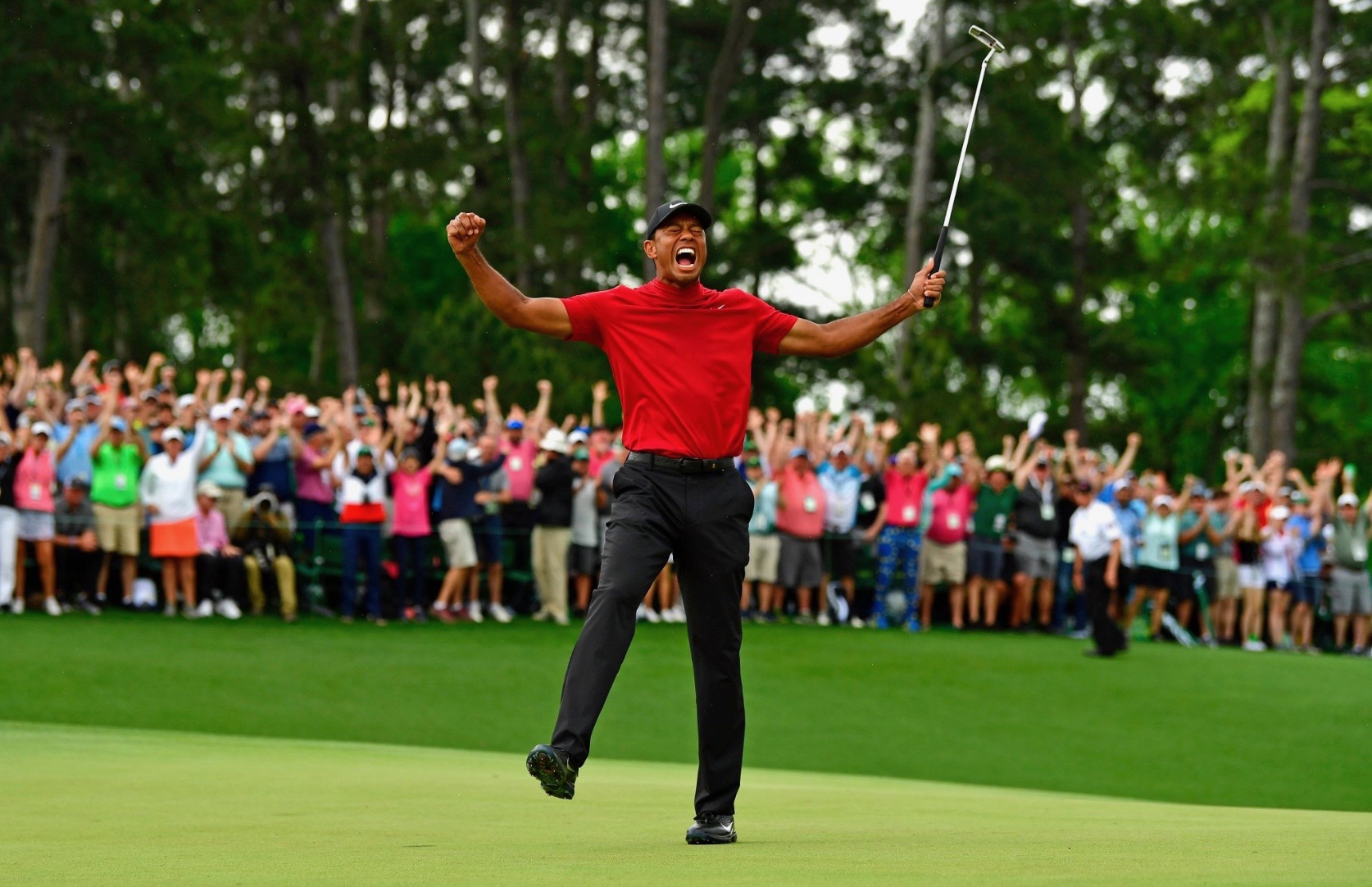 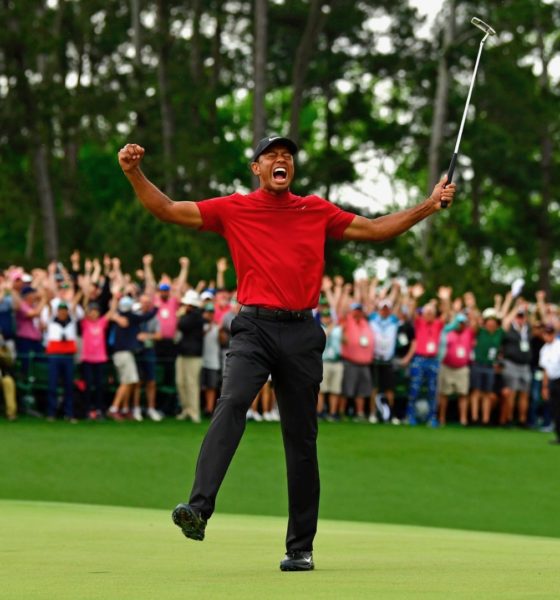 Golf legend Tiger Woods won his first major championship in eleven years on Sunday, fending off numerous players half his age to claim an emotional victory in The Masters tournament in Augusta, Georgia.

The 43-year-old won on golf’s greatest stage for the fifth time – and the first time since 2005. He now has fifteen major championships, three shy of the career record of eighteen set between 1962 and 1986 by Jack Nicklaus, the “Golden Bear.”

Whether he breaks Nicklaus’ mark or not, Woods is now the author of one of the most improbable comebacks in the history of professional athletics.

With his record-setting drives, deadly accurate short game and sure-fire putter, the former child prodigy was supposed to blow by Nicklaus years ago … but a rash of injuries and the notorious implosion of his personal life derailed his career for more than a decade.

At one point, the golfer who shattered records for the most consecutive weeks (281) and most total weeks (683) spent as the world’s top player dropped all the way to No. 1,199 on the official world golf rankings.

(For those of you keeping score at home, his win on Sunday propelled him to No. 6 in the rankings).

This victory came precisely 3,954 days after that U.S. Open championship – one of the longest droughts between major wins in the history of the game.

Woods went two years during that stretch without even competing in a major tournament due to his myriad health issues.

“This will be up there with one of the hardest I’ve had to win because of what transpired over the last couple of years,” Woods told reporters after his victory.

The key in Woods’ reemergence? Successful spinal fusion surgery in April 2017 that helped alleviate his chronic back and leg pain. Upon returning to competitive golf following this procedure, Woods rose 1,173 spots in the world rankings in just eight months.

Koepka, incidentally, was one of four players to finish a stroke behind Woods’ winning 13-under-par performance at Augusta National on Sunday. He had a chance to force a playoff, but missed a relatively short birdie putt on the eighteenth hole – setting the stage for Woods’ historic victory.

Woods’ two children – daughter Sam and son Charlie – embraced their father as he strode off the eighteenth green, a made-for-television ending to his fairytale comeback.

As big as Woods’ win was for himself and for his family, it is even bigger for the game of golf – which largely languished during his extended time in the wilderness. His latest win will no doubt drive renewed interest in the sport, which would obviously be a welcome development for local economies which rely on it.