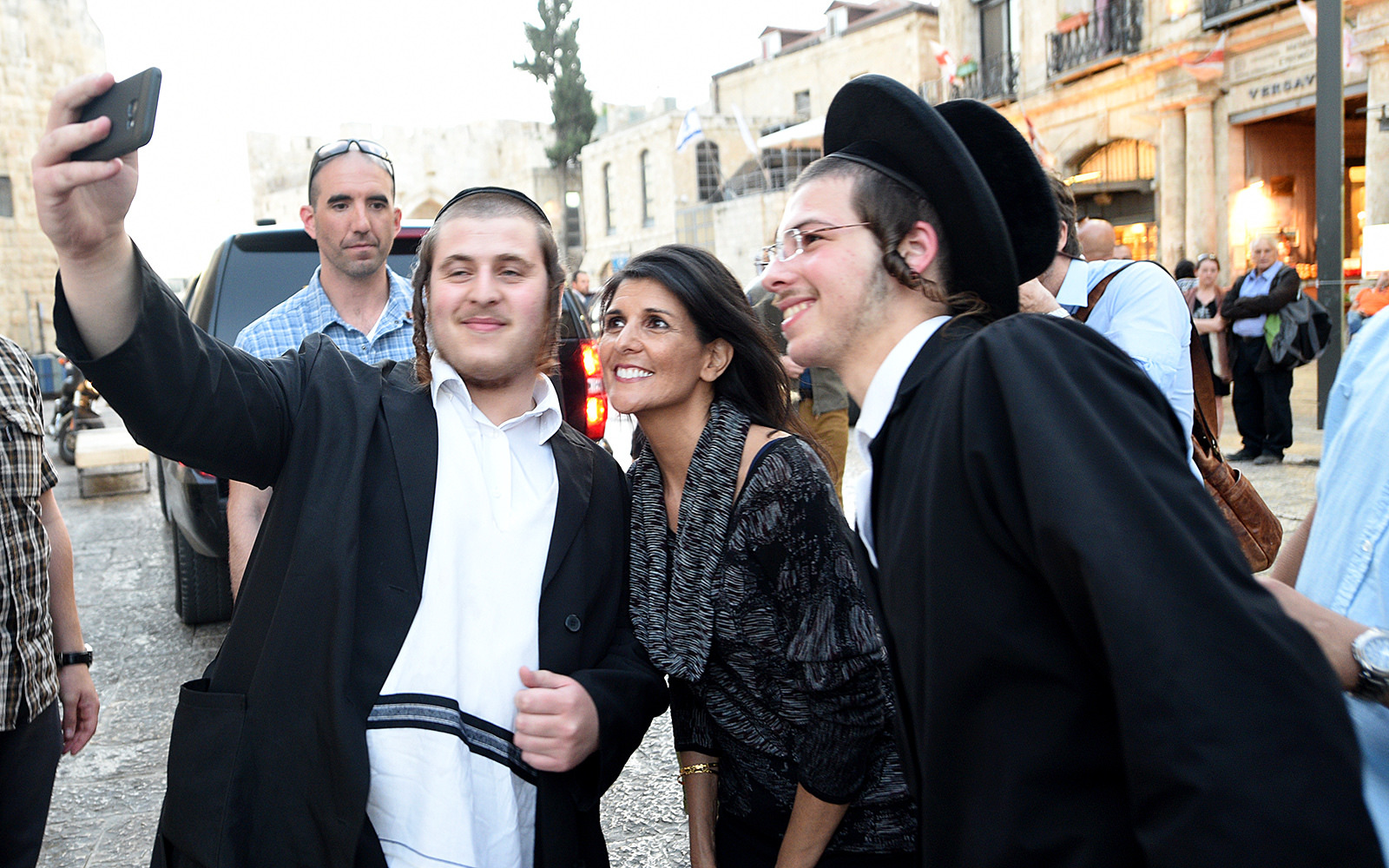 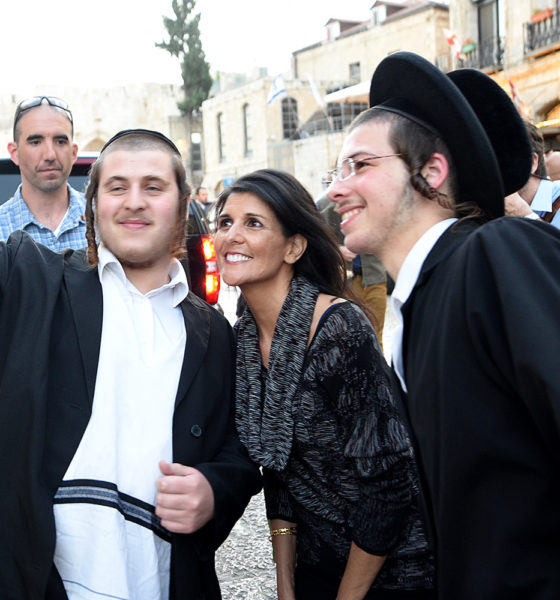 A month after appearing at a gala event hosted by the Greater Miami Jewish Federation, the 47-year-old neoconservative darling – who commands upwards of $200,000 per speech – is scheduled to be the guest of honor at an event held by the United Jewish Appeal – Federation of Jewish Philanthropies of New York.

Billed as the largest local philanthropy in the world, the UJA-Federation raises more than $200 million per year, according to the latest available figures. Along with its philanthropical aims, the group exists to “promote Jewish identity and renewal, strengthen connections between the Jewish people worldwide … (and) stand in support of the people of Israel.”

Haley’s New York City appearance will be held on Tuesday, March 12, 2019 at the Temple Emanu-El Streicker Center in downtown New York City. Tickets are $600 for VIPs and $125 for general admission attendees. Of interest? Only $5.00 of the ticket price “will be considered a tax-deductible contribution to the UJA-Federation.”

Not surprisingly, Haley is a favorite of this group …

“During her time as ambassador, the United States stood proudly with its allies, repeatedly taking a strong and principled stand against the chronic anti-Israel bias at the United Nations,” an event announcement noted. “In the UN Security Council, (Haley) proudly issued the first American veto in six years defending the United States’ sovereign right to move our Embassy to Jerusalem – Israel’s true capital.”

Now it appears Haley is being rewarded for her efforts … handsomely.

Sound familiar? It should … the alleged influence of Jewish money over American politicians was the subject of a huge controversy last month. The dust-up began when U.S. congresswoman Ilhan Omar of Minnesota singled out the corrosive influence of the American Israel Public Affairs Committee (AIPAC) and other groups acting in league with this organization.

We supported Omar in her comments, but we also ran a guest column from our friend Shira Weiss that criticized the über-liberal first-term congresswoman.

“As a repeat offender of making glib remarks about Israel and Jews, I hope that this time Omar does some necessary research about Israel,” Weiss wrote.

Fealty to Israel and its monied interests isn’t the only “pay-to-play” narrative emerging with respect to Haley these days. Last week it was reported that she had been selected to serve as a member of the board of crony capitalist aircraft manufacturer Boeing – a company she favored during her six years as governor of South Carolina.

In 2013, Haley signed legislation awarding Boeing $120 million in taxpayer-funded subsidies. She was also a vocal (albeit hypocritical) opponent of unionization at Boeing’s South Carolina facility – frequently using her bully pulpit to campaign against organized labor’s efforts to gain a foothold in the Palmetto State.

Once again, it appears Haley is being rewarded from those efforts … handsomely.

(Via: US Embassy, Jerusalem)

Is it all Haley’s fault though? Not necessarily …

“Politicians like Haley ringing the cash register following their ‘public service’ is not the real problem,” we wrote last month. “We don’t begrudge anyone for accepting what they are offered from the free market … at the end of the day, that is between them and their conscience.”

The real problem? The system which fosters these incestuous deals …

Of course, Haley has proven herself exceedingly adept at manipulating this system to her own ends since she first got into politics.

As for Israel, this news outlet would once again reiterate our longstanding support for its national sovereignty. We have never argued against the right of the Jewish State to defend itself – or even to wage aggressive war against its enemies if it believes such campaigns are in its national interests.

Our only request? That Israel pay for these wars itself … which is exactly what its leader, scandal-scarred prime minister Benjamin Netanyahu (below, with Haley), has repeatedly promised Israel would do for decades.

Whatever your views of the Jewish State may be, America cannot afford to defend its homeland in perpetuity.  Not only are we broke – our government is currently $22 trillion in the hole.  And it has rung up this massive mountain of debt in large part thanks to warmongering politicians like Haley who continue to insist that our taxpayers are somehow obligated to defend other nations and intervene in proxy wars where we have absolutely no business getting involved.

Furthermore, those of us who oppose such costly military misadventures – and who have the audacity to suggest there may be a personal financial motivation for the U.S. politicians to support them – are increasingly being branded as being anti-semitic.

“From their perspective, one cannot question the efficacy of American aid to Israel (or the influence monied pro-Israeli interests wield over American politicians) without being discriminatory toward the Jews,” we wrote last month.

We support the defense of the American homeland – including aggressive military measures abroad, as needed. What we do not support is footing the bill for another nation’s defense – or engaging in spheres of influence on the other side of the globe absent a clear and compelling national security interest. And in the event military engagements abroad are required, they must be conducted with overwhelming force – with operationally defined objectives and a clearly stated exit strategy.

That is not anti-semitic, it is simply a common sense foreign policy …