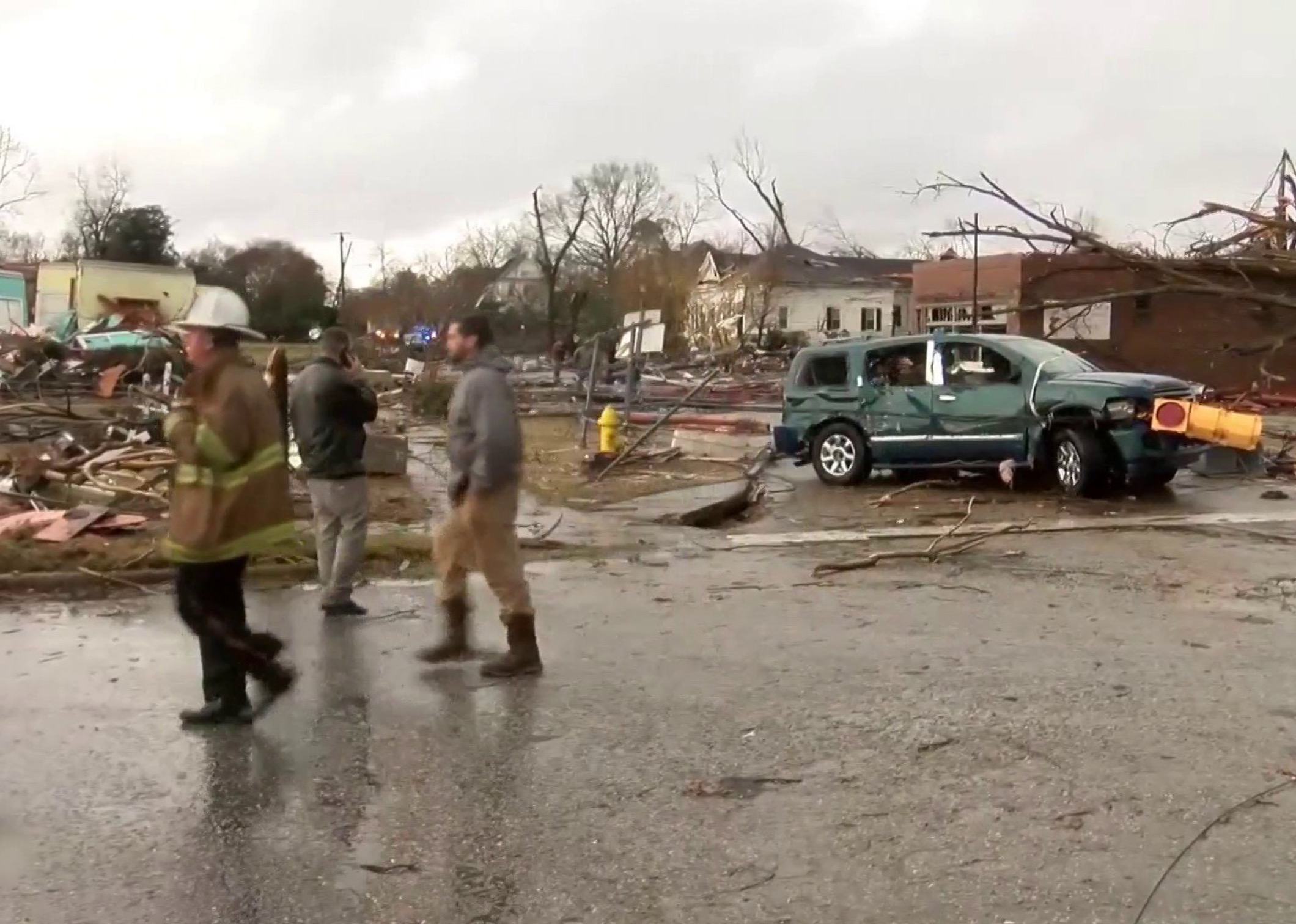 At least two dozen people were killed and many more injured in southeastern Alabama as a major storm system unleashed multiple tornados across the region on Sunday.

Several of the victims claimed by the storm were children – including a six-year-old boy – and the death toll is expected to rise in the days to come as emergency responders do the grim work of sifting through the debris.

“We still can’t get through to the worst of it, crews are still searching the hardest hit areas for people still missing and unaccounted for,” reporter Bethany Davis of WSFA TV 12 (NBC – Montgomery, Alabama) tweeted.

Hardest hit by the system? Lee County, Alabama – where a massive, half-mile-wide twister packing winds of 165 miles per hour touched down and cut a broad swath of destruction. Tornadoes were also reported in Georgia and South Carolina.

The National Weather Service (NWS) in Birmingham, Alabama declared an emergency shortly before 2:09 CST on Sunday after radar confirmed a “large and destructive tornado.” Some residents in Lee County had only five minutes between the first warning and the initial reports of damage from the twister.

“(It was) as if someone had taken a blade and just scraped the ground,” Jones told reporters.

Tornadoes are nothing new in Alabama. Over the past seven decades, nearly 2,200 of them have touched down in the “Heart of Dixie” – most of them striking during the months of February, March and April.

Tornadoes claim 80 lives annually, according to the NWS. Last year, however, there were only ten tornado-related fatalities.

Our thoughts and prayers go out to the families and friends of these storm victims. Same for the first responders currently conducting search and rescue operations in the affected areas.