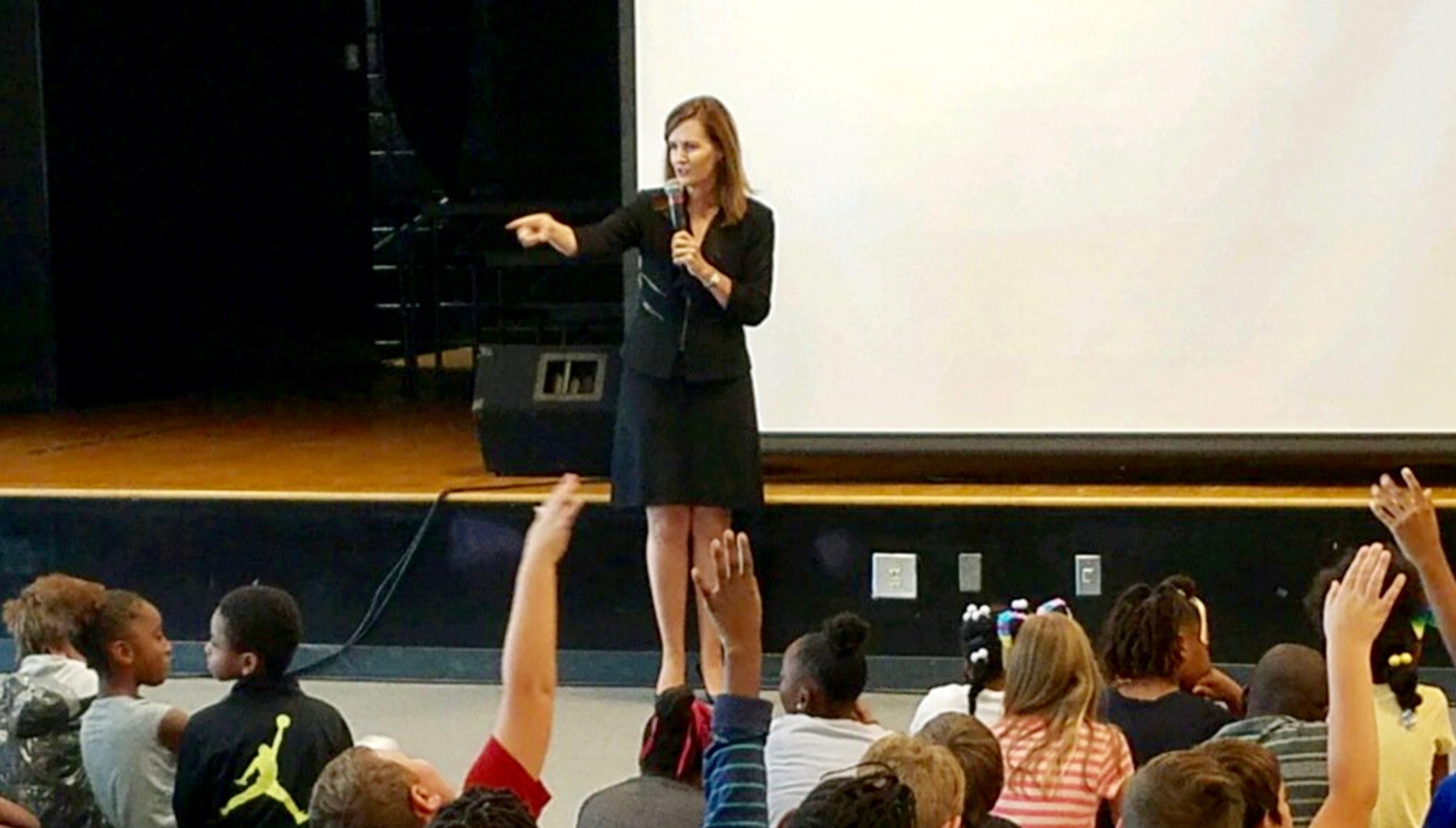 This week, Lydon brought that case home – securing a guilty plea from former S.C. fifth circuit solicitor Dan Johnson. The 48-year-old ex-prosecutor is facing two decades behind bars in connection with his systemic efforts to defraud taxpayers – first exposed a year ago by the open records group Public Access to Public Records (PAPR).

Two decades is significant. And that’s just what Johnson is facing at the federal level (he is also staring down significant prison time in connection with a litany of state charges).

In announcing the plea, Lydon noted that holding Johnson accountable for his actions “will go a long way in restoring the public’s confidence in our justice system.”

She then delivered one of the clearest, most concise statements on the proper administration of justice we have ever heard:

And yet in South Carolina, so untrue.

Last December a sprawling, multi-year investigation into public corruption in the Palmetto State ended with a whimper – and with zero accountability. And just yesterday, we pointed out the extent to which pay-to-play politics is still accepted practice among the South Carolina governing class.

“Throw a rock in the air and you’ll hit someone guilty,” Bono sang in U2’s underrated 1993 gem “Dirty Day.”

That, in a nutshell, is South Carolina state government … and trust us, every day is a “dirty day.”

Actually, we referenced that line in our previous piece on Lydon, challenging her to “continue pressing the pedal to the floor” on public corruption cases and to “drop hammers left and right on deserving heads.”

“One high-profile case does not a crusader make,” we reminded her.

Lydon is a busy woman, though. For starters, she has dramatically escalated the federal government’s “war on drugs” in the Palmetto State – specifically targeting opioid- and heroin-ravaged Horry County.

As libertarians who support the conditional legalization of marijuana and other drugs, we obviously do not see eye-to-eye with the U.S. attorney on drug policy – however we do believe her heart is in the right place. Furthermore, we believe she and other federal officials are (at long last) being somewhat smart about where they are fighting this war – which has blown through more than $1.5 trillion over the past four decades with very little in the way of results.

According to a Stanford University report released just last week, eastern states are the focal point of the opioid epidemic – currently in the midst of its third major wave (synthetics, which were preceded in years past by waves of prescription opioids and street heroin).

“Although opioid-related mortality has been stereotyped as a rural, low-income phenomenon concentrated among Appalachian or midwestern states, it has spread rapidly, particularly among the eastern states,” Stanford researcher Mathew V. Kiang noted. “It seems there has been a vast increase in synthetic opioid deaths in the eastern states and especially in the District of Columbia because illicit drugs are often tainted with fentanyl or other synthetic opioids. People aren’t aware their drugs are laced and more potent than they expected – putting them at higher risk of overdose.”

This is exactly what Lydon is targeting (geographically and with respect to the specific drugs referenced in the report) – although she has couched her stepped-up enforcement efforts as part of a broader public safety campaign aimed at clearing communities of criminal networks, not just the drugs they are selling.

“We will spare no resources to make sure this community is safe,” she said three months ago in announcing a major drug bust. “We aren’t just going after drug couriers and seizing large drug amounts, we are targeting groups that are directly destroying communities in this area.  We are less about the size of the drug seizure and more about taking back neighborhoods.”

Again, we view drug policy differently than Lydon (and differently than our peers in the mainstream media) – arguing that many of these criminal organizations “owe their existence in no small part due to nearly five decades of failed federal prohibition policy.”

Fixing that policy is key to sustainably safe communities over the long haul, we believe. And we would reiterate our long-standing insistence that it is wrong to criminalize one enabler of addiction while rewarding others.

Still, we have grudgingly acknowledged that the work Lydon is doing is important – and even expressed admiration for her personal courage and convictions.

“Lydon is taking on some very dangerous people whom we suspect are posing a danger to the safety of the Myrtle Beach area, and that sort of principled determination (at personal risk) impresses us tremendously,” we wrote.

Indeed. Now it is time for Lydon to impress us again, though … because the definition of justice she so artfully articulated in the Johnson case must be zealously advanced and unfalteringly pursued in other cases.

Lest it lose its meaning …

First and foremost, Lydon’s office – working in collaboration with state investigators and prosecutors (ideally, anyway) – must stand and deliver on its investigation into #NukeGate, the spectacular, $10 billion collapse of the V.C. Summer nuclear generating station expansion project in Jenkinsville, S.C.

Arguably the costliest scandal in state history, the probe into the botched construction of two next generation nuclear reactors at V.C. Summer – a joint venture of crony capitalist SCANA and state-owned utility Santee Cooper – could wind up being the most significant public corruption investigation South Carolina has ever seen.

This case is open and shut on so many levels (here and here) … and those are just the alleged illegalities and irregularities we already know about now. Our guess is this rabbit hole goes far deeper than anyone imagines, though, which may be one reason the investigation – now in its eighteenth month – is taking so long.

To bring #NukeGate home, Lydon and her office will have to work collaboratively with a host of federal and state offices. The same would go for several other clear and compelling public corruption cases involving current and former elected officials in the Palmetto State (and the special interests pulling their strings) that are in dire need of investigation.

Lydon and her prosecutors should probably start by reviewing the statewide grand jury report from #ProbeGate, the latest investigation into corruption at the S.C. State House. Or any of those legislative “ethics” cases that have been conveniently whitewashed over the years.

Or, again, just walk over to the S.C. State House and throw a rock in the air.

The clock is ticking, too …

Lydon was already behind the eight ball the day she took her oath of office. Due to a proxy battle over her post, she didn’t assume office until May of 2018 – eight months after it became clear she was the frontrunner for the position and seventeen months after the man who nominated her, U.S. president Donald Trump, was sworn in.

If Trump is not reelected (at best an even money bet), Lydon’s time at the helm of this agency will basically be over before it began.

So yeah … no pressure.

This news outlet will keep tabs on Lydon’s progress – with a particular focus on her office’s efforts to rebuild “public faith in our justice system.” So far, we have been very impressed – both by what she has done and how she has done it.

For the sake of a state ravaged by scandal and a chronic lack of accountability, let’s hope Lydon continues to impress.