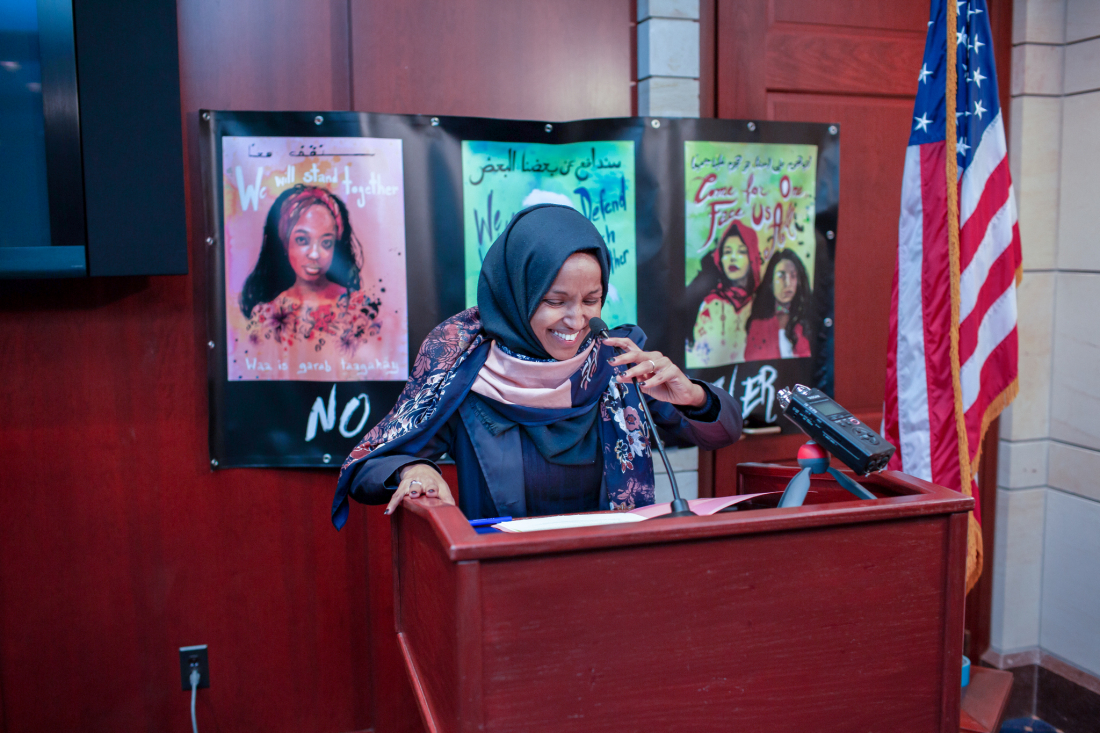 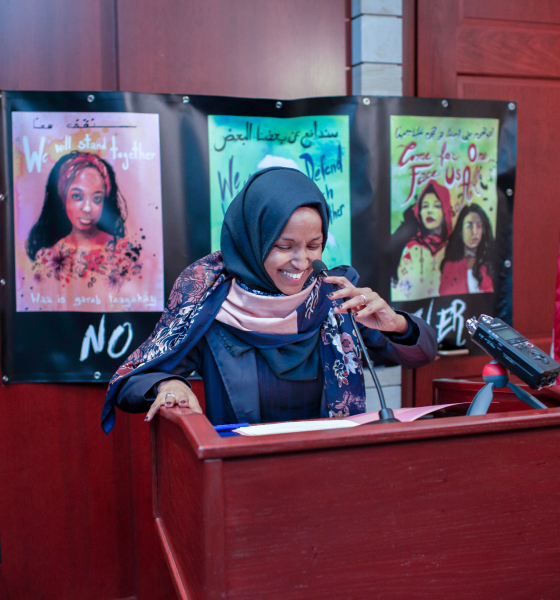 by SHIRA WEISS || In reading FITSNews’ recent article about Congresswoman Ilhan Omar, I should state that I am a Jewish woman – who was in fact raised modern orthodox – and I’ve heard countless debates amongst my peers about whether Omar made anti-Semitic accusations on three occasions followed by apologies.  We have seen similar things occur with Linda Sarsour and Tamika Mallory, a “friend” of rabid anti-Semite Louis Farrakhan, Alexandria Ocasio-Cortez and other U.S. representatives.

Debating the Palestinian-Israeli conflict is one of the hardest things any person can do.  It is a discussion I often run from, despite pissing off some of friends who are undyingly passionate about Israel.  On background, I have a brother who moved to Israel within the last few years.  I love visiting the land and each time I have been there (all fourteen times, including a full year of living in Jerusalem), it has been peaceful, quiet and beautiful.

Land is not easy to purchase for an economical fee there, so Americans who move to Israel are often offered nice homes in gated communities close to the occupied territories.  I have friends and family who live in these communities and when my gentile friends rage about Jews living in the West Bank, I have to excuse myself because it is a nuanced and ultra-complicated conversation.  When my close friend, a Muslim, refers to soldiers of the Israeli Defense Force as monsters, I patiently explain that DEFENSE is the key word.  I have known Israeli soldiers who supply whole Palestinian families with delicious home cooked foods and groceries for their weekends, who have forged close relationships with families in “enemy territory.”  It is extremely rare that someone just brandishes a weapon.  A weapon drawn by an IDF soldier is used only when there is an imminent threat to someone’s life.

Israel is a democracy in the Middle East and a very powerful ally to America in ways that we don’t even know about … due to top secret intelligence and military aid.  Israel is currently a leading innovator in technology that is then introduced to the United States, as well as medical advances and brilliant new inventions in security.  While there is a BDS movement that was established to boycott all Israeli products and services, those activists often do not account for the WAZE navigation system, ReWalk (a bionic walking assistance system that helps paraplegics stand upright, walk and climb stairs), the development of robotic guidance for spinal surgery or the world’s smallest video camera for endoscopic surgery.  Nor do they account for military and security measures that have prevented attacks in this country or the technology that hacked into the iPhone of terrorists in our country to uncover their messages to one another.  There is also Azilect, a drug for Parkinson’s disease that was developed in Israel.  These are only a few examples. 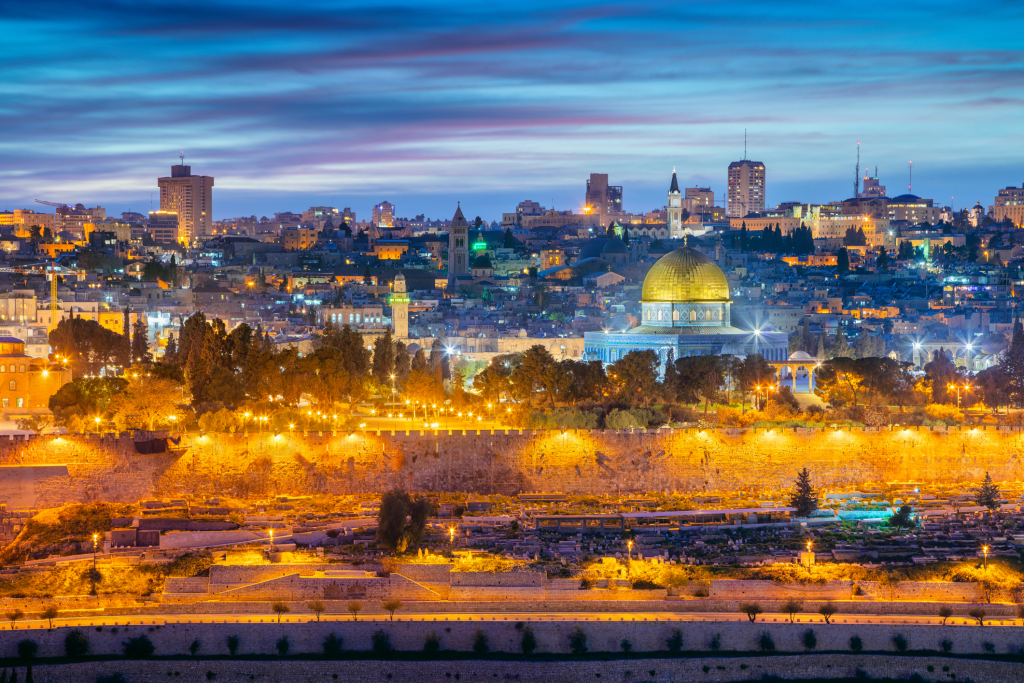 America relies on its Middle Eastern ally more than any other country in the region.  The National Institute of Health depends on research brought in from Israel on health, science and mathematical fronts.

Is Israel being funded too substantially for its military while the Palestinians, Egypt and Saudi Arabia also receive support?  To answer the question candidly, this is not my area of expertise although I know it is a question FITSNews raised.   However I can tell you about the reality that Ilhan Omar might not have accounted for in some of her statements about Israel: A few months ago, my friend Ari Fuld, an American who had moved to Israel with his family, was grocery shopping on a Friday in preparation for Shabbat.  As a former soldier, Ari (as many people in the region do) carried a gun strictly for self-defense, but had never imagined he would have to use it that day.

While he was paying for his family’s grocery items, he was stabbed fatally from behind by a Palestinian teenager on a mission to kill Jews.  Let me be clear, Muslims and Jews live side by side peacefully in Israel too.  The instances of terror are rare, but we hear more about them than attacks in the NYC subway system (which are actually more prevalent) because the country of Israel is the size of New Jersey.  We also hear about attacks because of an ancient conflict that has not been resolved and is a hot button that divides people globally.  The reality of Ari’s death for me was that someone I knew, someone I had argued with on Facebook and had laughs with in elementary school was killed in a terror attack.

Immediately after he was stabbed, the teen who had attacked him ran after a woman with his knife in hand.  Before Ari collapsed and died, he leapt over a wall and shot at the teen, immobilizing him and sparing the woman’s life.  Within minutes, Israeli medics arrived on the scene to pronounce Ari dead, but also to take the terrorist to the best of Israeli hospitals to give him the optimal pre-prison medical treatment.  It’s because Israel is like that.  In hospitals, Israeli and Palestinian doctors are colleagues and friends with the common goal of saving lives regardless of the good guys, the bad guys, religion, politics and causes.  Israel provides medical care to its terrorists, so it pains me to hear people say disparaging things about Israel that are unwarranted. Israel does need money to develop defense measures.  I have another friend who is a survivor of a bus bombing.  Her seat mate was killed and to this day, my friend has shrapnel in her ear and has made it her mission to help other victims of terror.  She always thinks of ways to prevent terror and has opened up discussions between her organization and people of varying religions and politics.

It is hard for me to digest all of this talk about financial aid to Israel when I have seen firsthand – through my visits – how committed the country is to America and the safety of its American tourists. It feels unjust to complain about a country that can help crack important codes, teach us about security to prevent another 9-11, develop navigation systems so we no longer rely on undecipherable maps and risk getting carjacked.  Don’t have any doubts that the American CIA consults with the Mossad.  Even if you dislike Benjamin Netanyahu (many Israelis do), there are thousands of Israelis committed to making America great again … in a way “The Donald” cannot envision. 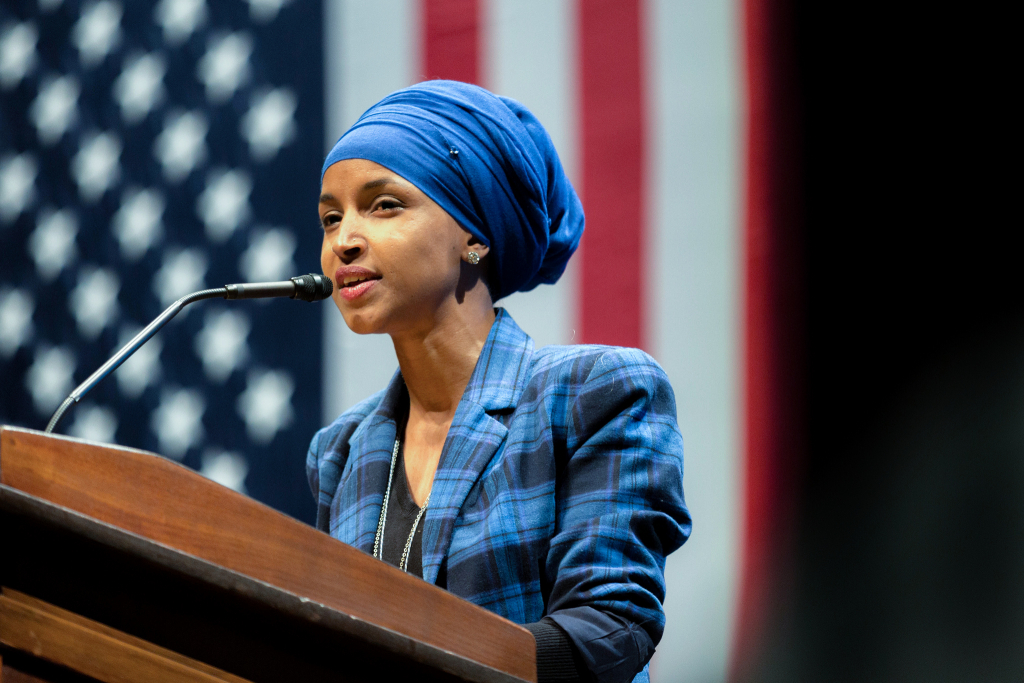 For Ilhan Omar (above) to make disparaging remarks about AIPAC and how “it is all about the Benjamins” really does enforce a trope about Jews and money. Furthermore, as New York Magazine points out, it is “the Christian Right, not AIPAC, that drives the GOP’s Pro-Israel Stance.” As writer Ed Kilgore stated, “(m)any conservative Evangelicals believe that in consolidating their hold over a Greater Israel, the Jewish State is unwittingly setting the stage for the end of the world and the second coming of Jesus Christ.”

“Those conservative Evangelicals, who also don’t tend to be fond of Muslims, have become the single most important constituency in the Republican Party’s base, and that fact has more to do with the relatively recent GOP solidarity with a particularly aggressive strain of Zionism than all the AIPACs and all the Sheldon Adelsons you can name,” Kilgore continued.  “And it would exist even if Jews were the poorest people on the planet.”

Meanwhile here is an excerpt from another article that appeared in The Atlantic:

Along with perpetuating anti-Semitic stereotypes, Omar’s comments were inaccurate and incomplete: AIPAC’s influence, which does not include payments to politicians, is only a small part of why the U.S.-Israel alliance is almost universally supported in congress. Her comments, and the backlash they provoked, show how fractured the American debate over Israel has become.

Omar is the new face of anti-Israel criticism on the left, and yet her use of anti-Semitic tropes undermines her credibility. Her comments have provoked a cycle of outrage, amplifying the most extreme voices on the Israeli-Palestinian conflict, and limiting the chances for more nuanced debate over America’s support for Israeli policies.

Instead of creating more space for critical debate about Israel, Omar has added credence to a common caricature of the anti-Israel left: that opposition to Israel is partly fueled by conspiratorial anti-Semitism.

For the record Ilhan Omar, on the off-chance you are reading this, a non-affluent Jewess is writing this article for FITSNews.  We’re not all rich.  We’re not all controlling the media and using our money to rule the world.  I feel that Omar’s statements reflected a generality that is synonymous with stereotypes.  I don’t necessarily feel malice towards her as I understand the concept of nature versus nurture.  I think that within certain communities, even my own, you come to believe certain notions as a consequence of the environment you are in and the people surrounding you.  Today we have mediums like Twitter set up to instantly debate and challenge people into thinking differently, something Omar has at least expressed that she would like to do.

As a repeat offender of making glib remarks about Israel and Jews, I hope that this time, Omar does some necessary research about Israel, the country’s needs (for Muslims, Israelis and Palestinians living in the region), the country’s dedication as a strong ally to America and as a democracy, its contributions to American technology, science and to life-saving medicine and security measures.

The question FITSNews posed was “Is Ilhan Omar anti-Semitic?”  While many people I know would respond in the affirmative, I think she is just uninformed and needs to speak with more Jewish people active in politics to get a full grasp on the situation in the Middle East as well as America’s involvement with Israel.  I would say that for myself, I need to speak with Palestinians willing to engage in respectful dialogue with me.  I too want to learn more and hear the other perspective.  I’ve been called “idealistic” and sometimes “naïve”, but I strongly contend that we need to hear the other side and try to finally work this out. Small steps.  The Middle East Crisis has been the longest haul, but I hope to see some sort of significant progress in my lifetime.

The “all about the Benjamins” comment from Omar came out like a “Jews have big noses” type of remark.  And I can assure you, there’s nothing prominent or unusual about my proboscis.  Let’s stay away from broad, sweeping generalities that can be inaccurate.  Instead, let’s amass more knowledge about each other and our respective cultures.

As one rabbi wrote in a Facebook thread pertaining to Omar and the collective judgement of her: “We as a community have to learn the difference between holding people accountable and scorched-earth responses.” 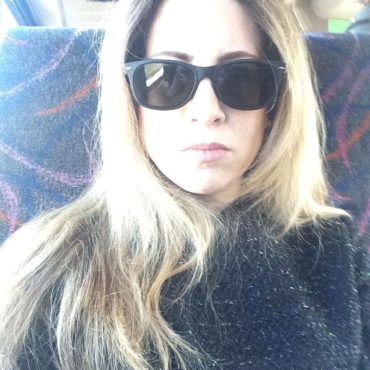 Shira Hirschman Weiss is a New Jersey based correspondent who grew up in the New York area right outside of Manhattan. She is a former contributor to the Huffington Post and a freelance writer who has covered a wide variety of topics ranging from technology and religion to reality TV and entertainment. You can see some of her recent musings on her personal website ShirasGotTheScoop.com..

Got something you’d like to say in response to one of our stories? Please feel free to submit your own guest column or letter to the editor via-email HERE. Got a tip for us? CLICK HERE. Got a technical question or a glitch to report? CLICK HERE. Want to support what we’re doing? SUBSCRIBE HERE.
Banner: Lorie Schaull/ Flickr