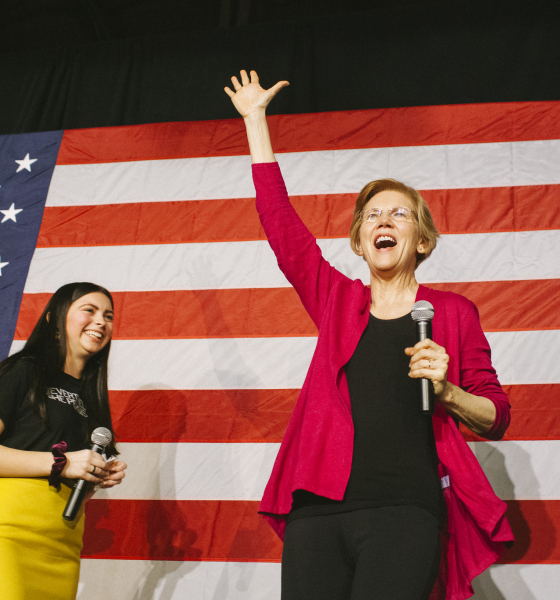 Liberal U.S. senator Elizabeth Warren of Massachusetts is one of the top tier candidates for the Democratic presidential nomination in 2020.

Unfortunately for Warren, she cannot seem to escape her “Pocahontas Problem” – a.k.a. the ongoing scrutiny associated with her dubious claims of native American ancestry.   The 69-year-old Oklahoma native attempted to preemptively address this issue last fall prior to announcing herself as a presidential candidate, but the effort backfired spectacularly.

To recap: Warren first touted her alleged native American ancestry during her victorious campaign for the U.S. Senate back in 2012.  At the time, she claimed – but failed to prove – that she was 1/32nd Cherokee.  Last October, Warren announced that an analysis conducted by Stanford scientist Carlos D. Bustamante revealed a “pure” native American ancestor in her family tree “in the range of 6-10 generations ago.”

Assuming Bustamante’s analysis is accurate, it would mean Warren is anywhere from 1/64th to 1/1,024th native American.  Or, half as native American as she originally claimed to be (under the best-case scenario).

Of course, Warren has taken it several steps further on multiple occasions in the past by claiming she was a full-fledged “American Indian” – including a hand-written entry on a 1986 registration card for the state bar of Texas. 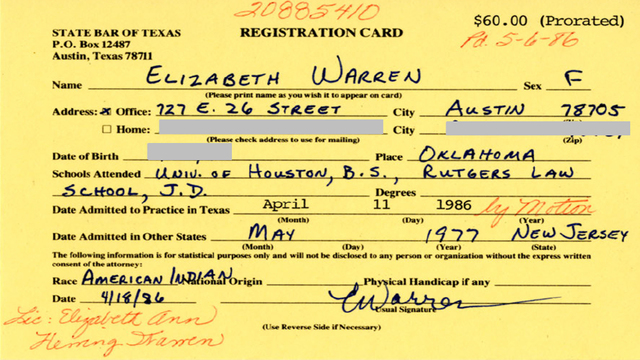 Warren has apologized to actual American Indians over the registration card flap … sort of.  She told reporters in Washington, D.C. that she filled the card out “based on my understanding of my family’s story.”

“I am not a tribal citizen,” Warren added.  “Tribes, and only tribes, determine citizenship.  I have apologized for not being more sensitive to that distinction. It’s an important distinction.”

As we have noted in our prior coverage, South Carolina is home to an estimated 13,0000 native Americans (again, real ones).  Most of them are descendants of the Catawba, Cherokee, Chicora, Edisto, Pee Dee, Santee, Waccamaw or Yamessee tribes.

As Warren becomes more active in this “First in the South” primary state, will these disputed ancestry claims hurt her?  We believe so …

Democrats in South Carolina and other early-voting states clearly have no shortage of options to choose from this go-round … and lying about one’s ethnicity for political advantage (which it certainly seems is what Warren has done) strikes us as an easy and immediate disqualification of her candidacy.

We are not to the point of declaring Warren’s candidacy mortally wounded as a result of her “Pocahontas Problem,” but her inability to stop the bleeding is beginning to drain her of the vitality she needs to continue.

Got something you’d like to say in response to one of our stories? Please feel free to submit your own guest column or letter to the editor via-email HERE. Got a tip for us? CLICK HERE. Got a technical question or a glitch to report? CLICK HERE. Want to support what we’re doing? SUBSCRIBE HERE.
Banner: Flickr/ Joe Crimmings