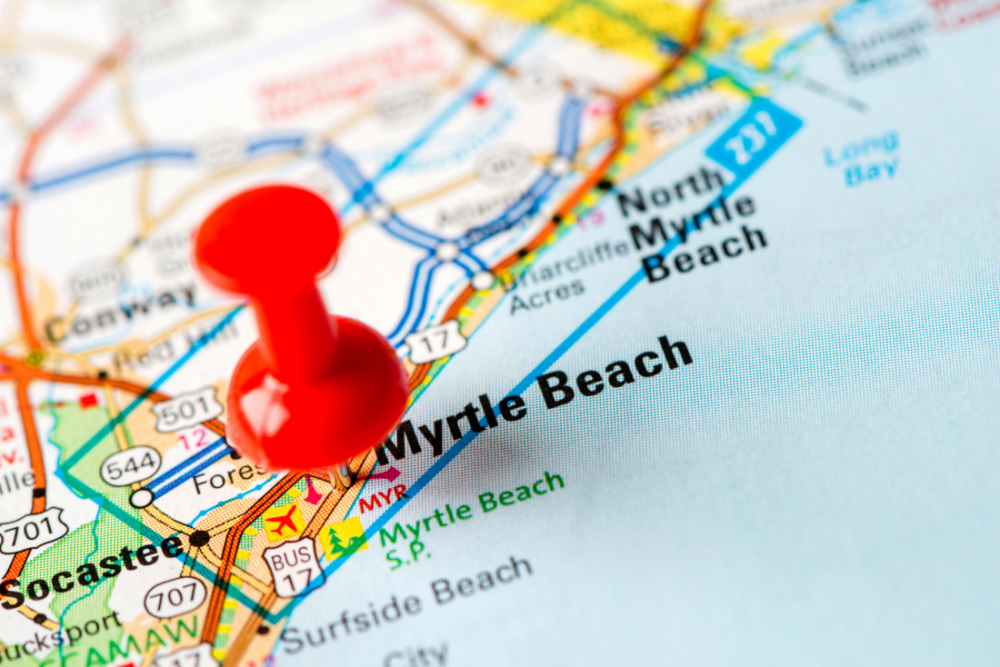 In case you missed it, this news outlet dropped a bit of a bombshell on Horry County, South Carolina earlier this week …

According to the memo, Barefoot and Gardner met earlier this month with Sandy Davis, the new president and chief executive officer of the Myrtle Beach Regional Economic Development Corporation (MBREDC).  This organization is a crony capitalist association which receives $1.1 million annually from county taxpayers to promote job growth in the region.

Gardner has been a longtime critic of the MBREDC, and not without reason.

This news outlet?  We oppose any funding for “economic development” – at any level of government.

Anyway, at this meeting – which one of Davis’ associates recorded – Barefoot allegedly told Davis (in Gardner’s presence) that she could “head off” negative media coverage about herself and her organization by paying $40,000 to the incoming chairman’s political consultant, Conway, S.C.-based advisor Donald Smith.  It was further suggested, according to the memo, that the payment could be disguised in such a way as to give her “political cover.”

Barefoot allegedly identified Paul Gable – editor of Grand Strand Daily – as the media figure who was contemplating negative coverage of Davis and the MBREDC.  Gable – like Gardner – has been sharply critical of MBREDC and its actions in the past.  Again, not without reason.

Not long after our story ran, the S.C. State Law Enforcement Division (SLED) announced that it had opened an investigation into these allegations at the request of Horry County administrator Chris Eldridge, one of several local officials who listened to portions of the audio recording.

Good.  We believe such an investigation is entirely appropriate under the circumstances, however we have not editorialized on this matter beyond that.

Not surprisingly, everyone associated with this drama has issued sternly worded denials related to their alleged involvement.  Even Davis – who would appear to have been the victim of this alleged extortion attempt – has told local media outlets she “never felt threatened or felt like I was told to hire anybody.”

“I guess everybody interprets things differently,” she told Charles Perry of My Horry News.

Davis is correct on that count … although from our perspective there has been no interpretation regarding this matter.  Only reporting.

In breaking the news about these seismic allegations, we merely laid out the narrative as contained in the source materials we received.  We neither assigned guilt nor assumed innocence on the part of Gardner, Barefoot, Smith, Gable – or anyone else referenced by those source documents.

As for Davis, we reached out to her for comment yesterday … but have yet to hear back from her.  Like anyone, she is welcome to avail herself of this news outlet’s open microphone policy at any time she chooses.

Unfortunately (but again, not surprisingly), our coverage appears to have spawned several unfounded assaults on our credibility as a news outlet – as well as some bizarre conspiracy theories from coastal bloggers with apparent axes to grind against us.

The most disappointing statement was reportedly made by Davis herself to The (Myrtle Beach, S.C.) Sun News, the paper of record in the area.  The Sun News’ reporters – Tyler Fleming and David Weissman – paraphrased Davis as saying “a lot of the stuff written in the FITSNews post wasn’t true and was fabricated, though she didn’t offer specifics.”

Our report quoted from a five-page source document as well as a source email – both of which were sent by government officials using taxpayer-funded means of dissemination.  We also independently verified the authenticity of both documents prior to publishing them and citing them in our coverage.

Speaking of leaks, Gable’s outlet – which the memo placed at the epicenter of this hot mess – has been working overtime to establish its own narrative in the aftermath of these developments.  According to Gable’s latest post, the memo in question was “leaked to a sympathetic media outlet in Columbia for a sensationalized story that would get the words ‘Johnny Gardner’ and ‘extortion’ into public view on the same day Gardner was being sworn in as the new Horry County Council Chairman.”

We hate to break it to Gable, but we have neither sympathies – nor antagonism – toward anyone involved in this story.  We simply felt the information we were provided was newsworthy, and judging by the flood of follow-up coverage (and the pending criminal investigation) it engendered – we were correct.

By far the most bizarre reaction to our coverage, though, came courtesy of David Hucks – editor of the website MyrtleBeachSC.com.  According to Hucks (who, like Gable, has been working overtime in the aftermath of our story to frame a narrative), the articles we wrote were “hit pieces.” He even has a theory as to why we published them – notably the assertion of “local sources” that a pending lawsuit filed against this news outlet last month by MBREDC board member and former S.C. Department of Transportation (SCDOT) chairman Mike Wooten is “being dropped.”

As we noted in addressing Wooten’s suit last month, we have yet to be served in connection with that case – nor have we seen the complaint in question.  All we know is what we have read in coastal newspapers, and based on those reports the only person Wooten would be doing a favor by dropping this bogus lawsuit is himself.

We have no idea what Wooten is up to, though … and to be clear: We welcome his lawsuit.

Bottom line?  A lot of folks in Horry County seem to be going to a lot of trouble to “kill the messenger” in the aftermath of our report, making us think “they doth protest too much.”

Our advice to them moving forward?  Aim better …

4 Shootings In 4 Days On Hilton Head. Police Say They Could Be Connected