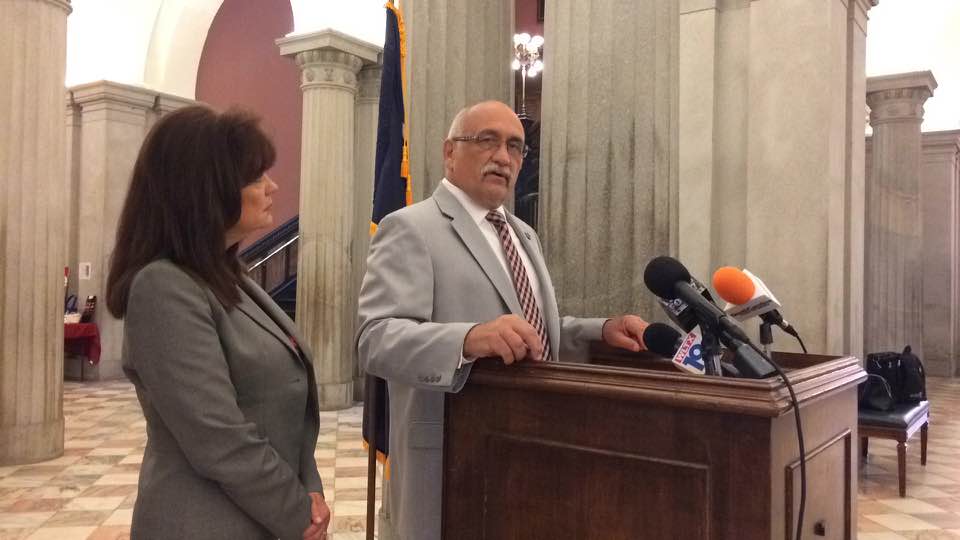 This news outlet has no beef with soon-to-be-former South Carolina state representative Mike Pitts.  He has always struck us as a reasonable guy – even on issues where we disagree with him – and we appreciate that he is one of the few state lawmakers who has been consistently willing to accept our “open mic” invitation.

Pitts has published several columns on this news site that run counter to our own views … and we loved running them.  That’s what the marketplace of ideas is all about, and we would reiterate our open invitation to anyone who wishes to address our audience on any subject.

Our mic is your mic …

Anyway, earlier this week our news outlet reported exclusively on Pitts’ impending resignation from the legislature with the goal of taking a new position as executive director of the S.C. Conservation Bank – an agency that has been dogged by controversy in recent years.

According to our sources, Pitts may have a fight on his hands for this six-figure, taxpayer-funded position – which requires him to be confirmed by the state Senate.

In particular, Democrats in the Senate are upset over what they believe to be questionable timing by Pitts – the outgoing chairman of the S.C. House ethics committee and a former subcommittee chairman of the budget panel that oversaw the agency’s appropriations.

These concerns were raised in a recent article by reporter Jamie Lovegrove of The (Charleston, S.C.) Post and Courier.

“State ethics law requires all outgoing public officials wait one year before taking on new employment involving an issue that they substantially participated in during their time in government,” Lovegrove reported.  “The law does not specify whether it applies to officials going from one state government job to another.”

Several Senators we spoke with indicated they believe this provision should apply to Pitts … and more ominously for the outgoing lawmaker, indicated their interest in raising these issues during his confirmation process in the Senate.

Can they block him?

Doubtful … we don’t think Pitts would have gone so far as to submit his resignation from the House (effective January 3) unless he knew he had the votes to be confirmed to this post.

Having said that, this dust-up is instructive …

Last September, we rolled out a controversial proposal that would pay state legislators more – a lot more, actually – but would also dramatically restrict their ability to profit off of their positions.

Basically, our proposal would have guaranteed legislators a generous annual salary (and benefits) … but at the same time eliminated their ability to reward themselves from the public trough.

Among the new restrictions we proposed in that column?

“A lifetime ban on lawmakers becoming lobbyists.  No waiting period.  No window.  A permanent ban,” we wrote.

As part of the various ethics reforms proposals up for debate at the S.C. State House this year, we believe such a permanent ban should be extended to all appointed government posts.  In other words, those elected to the S.C. General Assembly (and members of their family) would permanently forego any future, paid employment with the state that is not tied to an elected office.

Draconian?  Yes.  Necessary in a state as corrupt as South Carolina?  Absolutely.