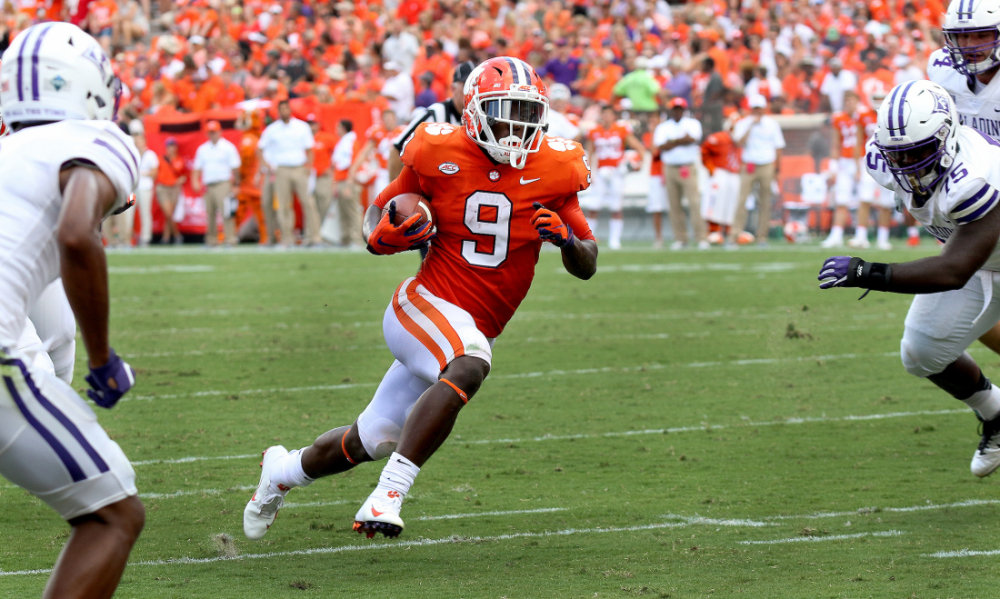 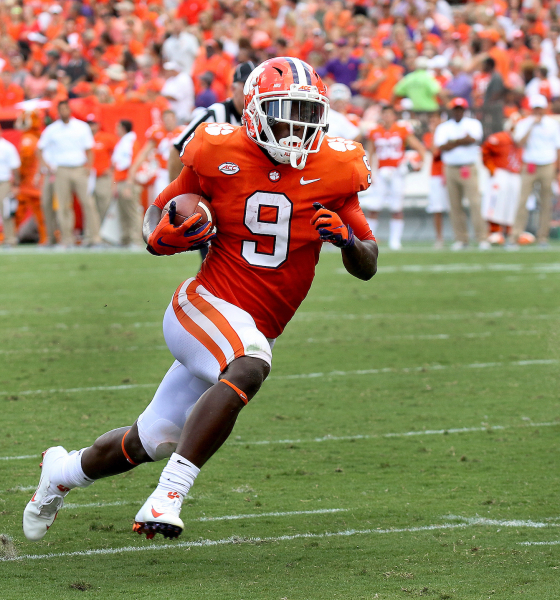 Sophomore running back Travis Etienne of Clemson University has captured Atlantic Coast Conference (ACC) player of the year award for 2018 – the fourth Tiger in the past decade to claim the honor.

Etienne led the ACC in rushing this season with 1,307 yards – the fourth-highest single-season total in Clemson football history.  He’s not done, either.  The 5-foot-10, 200-pound native of Jennings, Louisiana has a conference championship game left to play and at least one postseason matchup on tap.

In addition to his prodigious yardage, Etienne has scored twenty total touchdowns – including nineteen rushing scores – so far this season to lead the conference in touchdowns.

Etienne received 22 votes from a 46-member panel of media and coaches, easily outdistancing teammate Christian Wilkins for the award.  He was also named the ACC’s offensive player of the year.

Etienne wasn’t the only Tiger honored.  Clemson defensive end Clelin Ferrell – the conference leader in quarterback sacks – was named the ACC defensive player of the year.  A 6-foot-4, 265-pound native of Richmond, Virginia, Ferrell has 10.5 sacks and 15.5 tackles for loss this season.

Ferrell, Wilkins and Etienne were among eighteen Clemson players to earn all-conference honors this season – easily the most selections of any program in the conference.

With head coach Dabo Swinney winning ACC coach of the year honors earlier this week, Clemson is the first program to sweep the ACC postseason awards since Maryland did it in 2001.  Oh, and Clemson also captured the league’s freshman of the year award thanks to the exploits of Trevor Lawrence, the former No. 1 national recruit.

Got something you’d like to say in response to one of our stories? Please feel free to submit your own guest column or letter to the editor via-email HERE. Got a tip for us? CLICK HERE. Got a technical question or a glitch to report? CLICK HERE. Want to support what we’re doing? SUBSCRIBE HERE.
Banner: John Byrum via Sideline Carolina