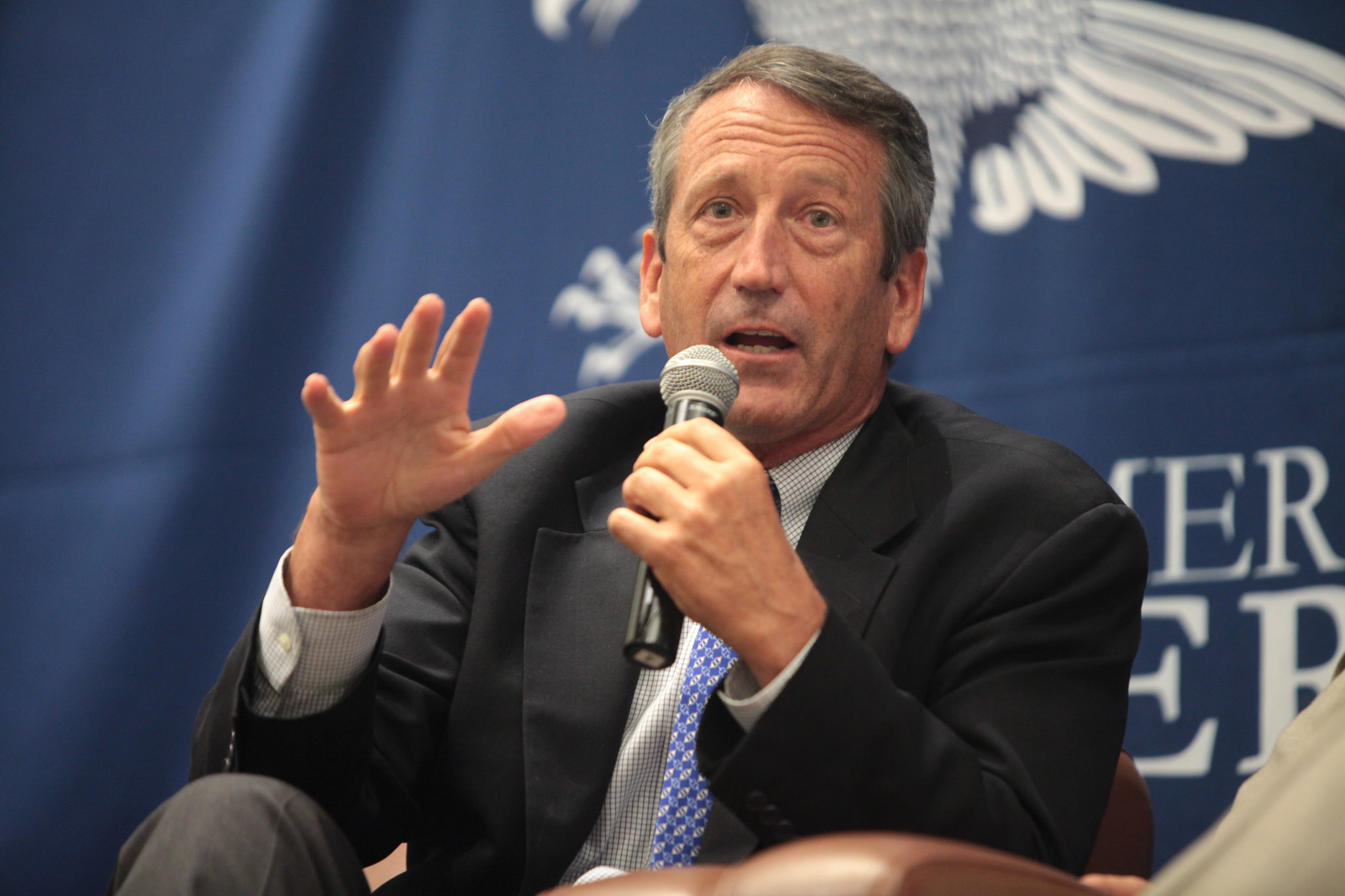 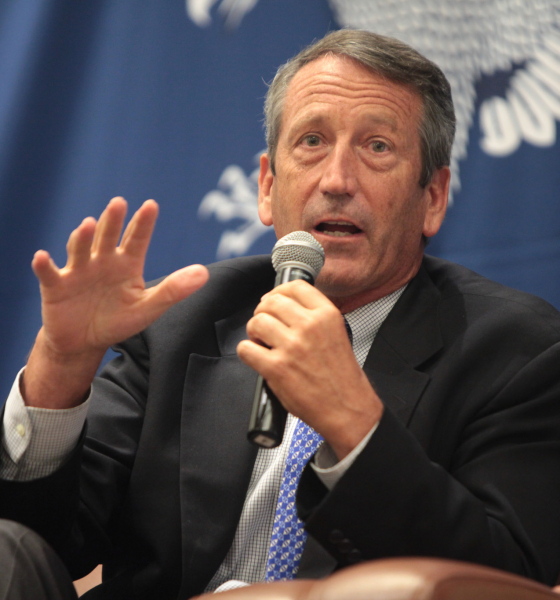 Soon-to-be-former U.S. congressman Mark Sanford is not going gently into that good night … but we knew that already.

Sanford, 58, made it clear he was going to stay in the arena following his defeat in the June 2018 GOP primary for South Carolina’s first congressional district (map).  Sanford – the career politician who has become a mere shadow of his former principled self – represented an earlier iteration of this district from 1994-2001, and has represented the current iteration of the district since winning a special election in 2013.

Sandwiched between those two congressional stints?  Two terms as governor of South Carolina – including an aspirational presidential bid that was undone by one of the nation’s highest-profile sex scandals.

All because his former (future?) primary opponent – first term state representative Katie Arrington, a staunch supporter of U.S. president Donald Trump – was defeated by Democrat Joe Cunningham in her bid for his seat.

Arrington’s defeat has given Sanford an opportunity to take his #NeverTrump show back on the road … this time with some ammunition.

“I think the race offers a chance for conservative soul-searching, and I say this as a committed conservative, who just happens not to be Trump enough in the age of Trump,” Sanford wrote in a widely cited opinion piece for The New York Times.

Hold up … “as a committed conservative?”

Last time we checked, Sanford hadn’t been a “committed conservative” for many, many years … 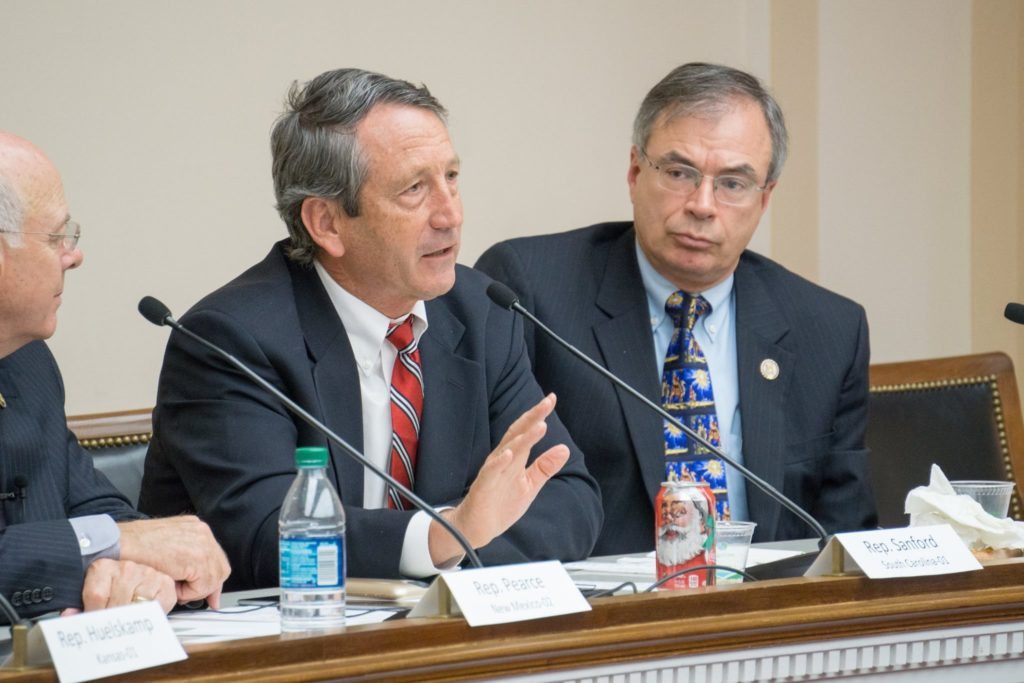 Seriously, this “taxpayer hero” voted for über-liberal former U.S. speaker of the House John Boehner.  And then told us Jesus made him do it.

But Sanford is correct in arguing that “the Republican playbook has changed” in the age of Trump, and that such a change “damages Republicans in suburban districts.”  And let’s be real: His opportunistically reflexive opposition to the president is why the Times published his opinion piece in the first place.

“The Republican Party that so many of us care deeply about continues to be held hostage these days, and what I saw last week in a district I grew up in and know well is that there is a half-life to insults, bullying and an embrace of a post-truth world,” Sanford wrote.

Never mind that Sanford spent the final two weeks of his failed 2018 congressional bid spending tens of thousands of dollars on television ads trying to convince GOP voters in his district that he supported Trump.

Also, it is quite amusing contemplating the notion of a “post-truth world” from a guy who lied to his entire state – infamously telling them he was hiking the Appalachian Trial alone when it fact he was in Argentina with his “soul-mate.”

Of course that underlying hypocrisy – like so many of the hypocrisies Sanford has treated us to over the years (here, here and here) – is conveniently forgotten by his handlers in the mainstream media.  And will remain forgotten so long as he remains stridently #NeverTrump.

But to what end is Sanford assuming this new role on the national stage?

Is he seeking his old seat … again?

Or does he have grander visions …

Back in May, a month before he lost to Arrington, this news outlet published an article discussing Sanford’s possible presidential aspirations.  And a week before he embarked on his latest national media tour, his longtime acolyte Scott English hinted that his former boss had something big up his sleeve.

“One last message for all the ‘smart’ GOP operatives who wanted to rid themselves of Mark Sanford,” English tweeted.  “You just opened the door for his third and most compelling act.”

English certainly has the “act” part correct … because that’s all it has ever really been with Sanford.  An act.

But what is the third installment of which he speaks?  What is Sanford 3.0?

Our guess is that Sanford is running for president in 2020 …  and honestly, why wouldn’t he?

There is literally nowhere else he can go.  Given that he lost the pro-Trump base in his district during the 2018 primary – and then lost much of the Republican establishment when he refused to endorse Arrington in the general election – Sanford is unlikely to recapture the congressional seat he is about to vacate.  In fact, we would argue a recent poll in the district – which showed him receiving the support of 26 percent of likely GOP voters – constitutes his high-water mark for the foreseeable future. 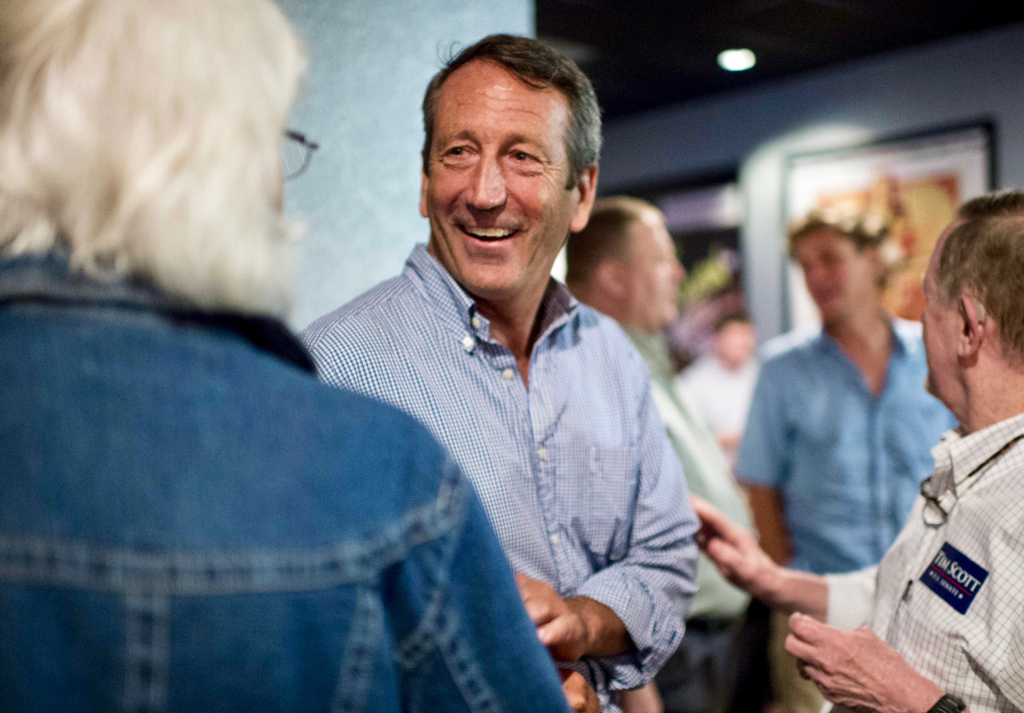 What about a return to statewide office in South Carolina, then?  Eh … that path is likewise unavailable to him.

The only thing left?  A presidential bid.  Which just so happens to be the one thing Sanford has been dying to do for decades.

And while Quixotic on its face, think about it this way: What other credible #NeverTrumpers are going to run in 2020?  John Kasich?

As we noted earlier this month, Sanford has $1.5 million left over in his House account from the 2018 primary and another $1 million sitting in his gubernatorial account (left over from his 2006 statewide reelection win).  Beyond that, he recently launched a new political action committee that can raise even more funds.

And that’s before the legendary “dollar-dialer” gets busy raising cash from donors for a presidential bid … and referring them to whatever national independent expenditure group emerges to back his play.

Do we believe Sanford is a credible presidential contender?  No.  But with the American economy on the razor’s edge and Trump’s volatility at an all-time high … anything can happen.

Stay tuned.  The final chapter of Mark Sanford’s political career has clearly not been written yet …