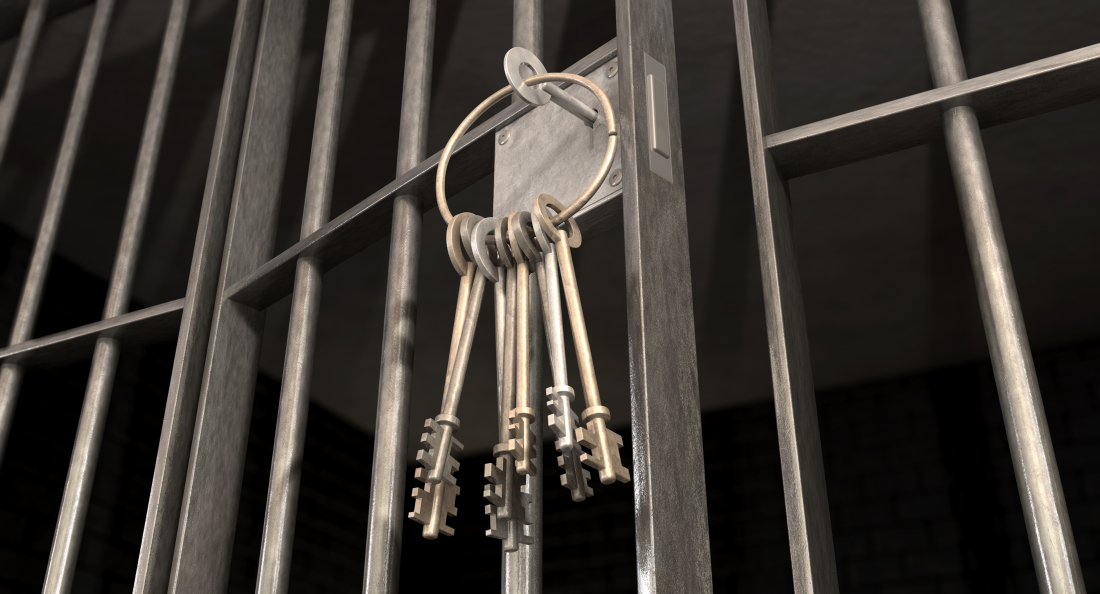 The self-styled “Honey Badger of American Politics” had been incarcerated for approximately two months after police belatedly arrested him in August on an animal cruelty charge.  As this news outlet exclusively reported, Kincannon stands accused of ritualistically sacrificing his mother’s dog in one of the most graphic and disturbing stories we have ever covered.

To recap: In the early morning hours of July 26, Simpsonville police officers responded to a 9-1-1 call from Kincannon’s father, Jim Kincannon, telling them his wife Roxie Kincannon had “locked herself in (a) bathroom” inside their home because “she was absolutely terrified of Todd because he had killed one of their dogs with his bare hands.”

Simpsonville officers entered the home – where Kincannon lives with his parents – and discovered “a deceased medium sized brown and black dog” on the floor of the kitchen.  The animal “appeared to have suffered numerous stab wounds and was laying in a large pool of blood.”

“Several suspect puncture marks” were observed on the left side of the deceased dog, and two knives covered in “blood stains and dog hair” were discovered in the kitchen sink.

Kincannon confessed to stabbing the dog to death, according to police, reportedly telling officers that “every 1,000 years Jesus needs a sacrifice and blood must be spilt.”

He reportedly told them he had received a command from God to sacrifice the dog, and that his conduct was legal because South Carolina’s constitution recognizes God as a sovereign authority.

“The last time you saw me, you didn’t recognize me,” Kincannon told the officers, according to the initial law enforcement narrative of events. “I’m Jesus.  I’m not making it up.  I have a sign.”

Days after this incident occurred, South Carolina attorney general Alan Wilson informed officers of the Simpsonville, S.C. police department that his office would be requesting “no bond” in Kincannon’s animal cruelty case.

More on her in a moment …

Despite Wilson’s request, Kincannon was released from an Upstate hospital mere days after the dog-stabbing incident … to his parents.

Even worse, for several hours after being discharged from Greenville Memorial Hospital police had no idea where Kincannon was.

Eventually he was located, and weeks later he was finally charged with “ill treatment of animals – torture,” a felony charge.

According to prosecutors tracking the case, Kincannon was released on Friday, October 12 after making bail.  Where did he go?  Back to his parents’ home.

“He has to live with his parents, can’t be around animals and must comply with mental health counseling,” a source familiar with the terms of Kincannon’s release told this news site.

Those conditions strike us as curious considering Kincannon’s alleged abduction of a dog belonging to his ex-wife two years ago.

Prior to his indictment on the kidnapping, domestic violence and animal cruelty charges, Kincannon defied a judge’s order in connection with a dog he allegedly kidnapped from Griffith in May of 2016.  This dog – “Noodle” (below, with Griffith) – was present in Kincannon’s parents’ home at the time of the incident last week, but according to police it was not harmed.

Accordingly, police turned the dog over to Kincannon’s father.

Why was the animal not returned to Griffith?  Good question …

Griffith, 28, told us she obtained Noodle in October 2009 – three years before she and Kincannon were married (and nearly two years before they had even met).

Kincannon allegedly abducted the animal in May of 2016 with the assistance of his mother.  According to our sources, he was hoping to use the animal as leverage in his divorce case with Griffith.

S.C. family court judge Robert E. Newton ordered Kincannon to return the dog to Griffith in July of 2016 – but he refused.  Griffith has not seen the animal since.

Frankly, we cannot believe Kincannon was released – let alone returned to the custody of his parents, who appear to be enablers and co-conspirators in his various machinations.

Who let him out?  And what were they thinking?

Sources close to S.C. thirteenth circuit solicitor Walt Wilkins tell us the Kincannon case is Wilson’s responsibility, however sources close to the attorney general tell us they were not informed of his bond hearing last month.

Whoever is responsible, Simpsonville residents are rightfully concerned.

“A lot of us are upset,” one resident told us.

We don’t blame them …

We believe it is abundantly clear by now that Kincannon is a danger to others … and possibly himself.  Unless and until that changes, we believe he needs to either institutionalized or imprisoned.

Kincannon became a popular figure among some on the far right wing of the political spectrum via his sensational pronouncements on Twitter and Gab.  Twitter banned Kincannon years ago, while Gab – which dedicates itself to free speech – no longer features Kincannon on its platform.  It is not immediately clear whether Kincannon was banned by the social media service or whether he chose to voluntarily remove his account.