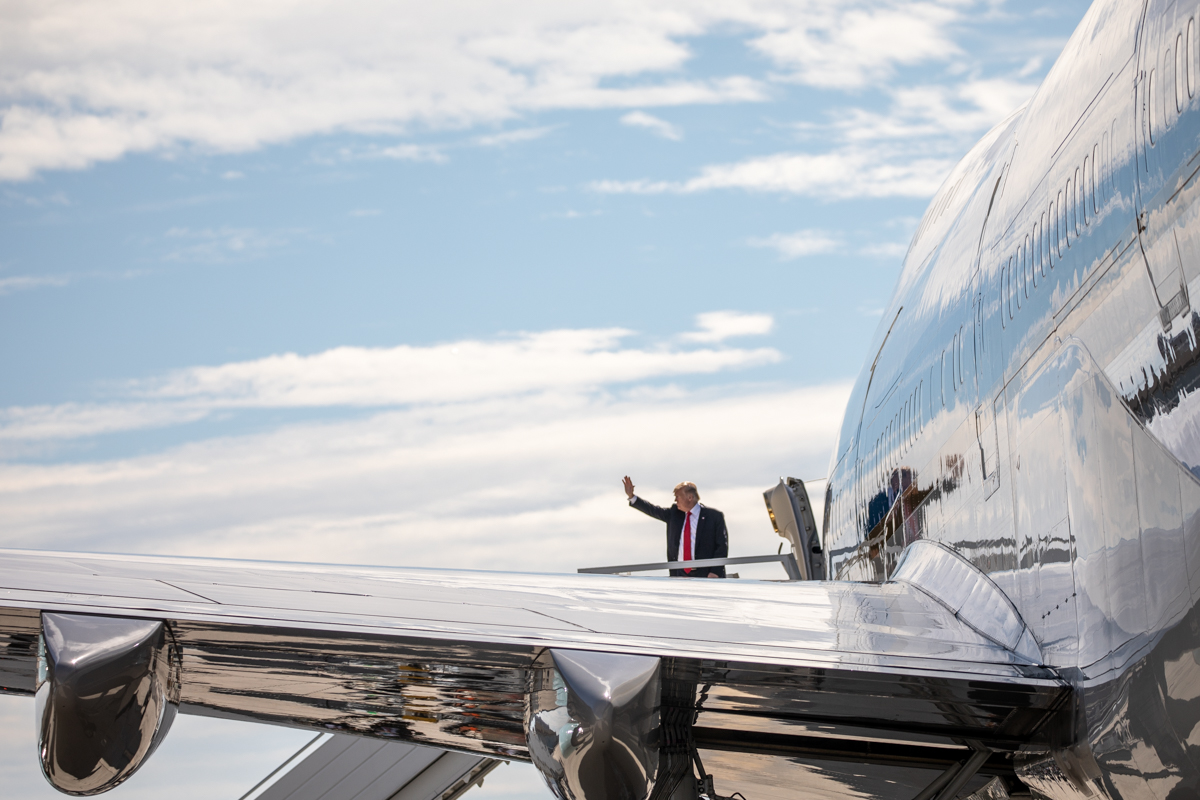 With congressional elections just two weeks away, U.S. president Donald Trump is promising middle class tax cuts – something he and congressional Republicans came up well short on during their first stab at tax reform a year ago.

“We’re putting in a resolution sometime in the next week or week-and-a-half, two weeks,” Trump told reporters during a campaign swing to Texas earlier this week. “We’re giving a middle-income tax reduction of about ten percent.  We’re doing it now for middle-income people.”

That strikes us as a direct acknowledgement from Trump that the GOP tax plan he signed into law last December failed to provide adequate relief to middle class income earners – something this news outlet has argued ever since the outlines of the proposal were first introduced last fall.

“Relief to middle class taxpayers simply wasn’t as sizable or as broadly distributed as it should have been – especially if the goal of the tax relief was to stimulate the consumer economy,” we wrote back in February.

The main reason the GOP tax cuts were not as deep and wide as they should have been?  Republicans didn’t want to cut government spending.

Will the second iteration of the plan address this deficiency?  We shall see …

Trump’s first tax cut – the lion’s share of which went to corporations and wealthy income earners – has had some stimulative effect on the economy.  The question is whether this modest economic uptick can sustain itself absent a corresponding tax cut for consumers.

There are also concerns about rising debt and deficits associated with the first round of tax cuts (another byproduct of Republicans’ failure to reduce spending).  The federal deficit clocked in at $779 billion in the fiscal year that ended on September 30, according to the Congressional Budget Office (CBO) – however a big chunk of that was due to huge increases in spending.

Trump’s latest tax cut promise took Washington, D.C. by surprise.  Even members of his senior staff appear to have been caught unawares.

“I guess I’ll hear about it when I get to work,” one of his senior staffers reportedly said upon hearing about the proposal, according to Politico.

Trump also acknowledged that there would be no resolution passed prior to the midterm elections because congress does not return to the capital before then.

“We won’t have time to do the vote” prior to November 6, Trump acknowledged. “We’ll do the vote after the election.”

If Trump is serious about a broad middle class tax cut, then this news outlet is “all in.”  If he accompanies this cut with real reductions in spending, even better.  Routing money away from the Washington behemoth and into the pockets of empowered consumers is the name of the game, as far as we are concerned.

This news outlet endorsed Trump (twice) during the 2016 election cycle, but we have become agnostic toward him in recent months – primarily owing to his failure to cut spending and his failure to target tax relief where it was (is) needed most.  We remain deeply skeptical of him – and of these election eve tax pronouncements – but if Trump produces a substantive proposal to cut middle class tax rates over the next few days and is able to push it through congress, we will enthusiastically support him in those efforts.