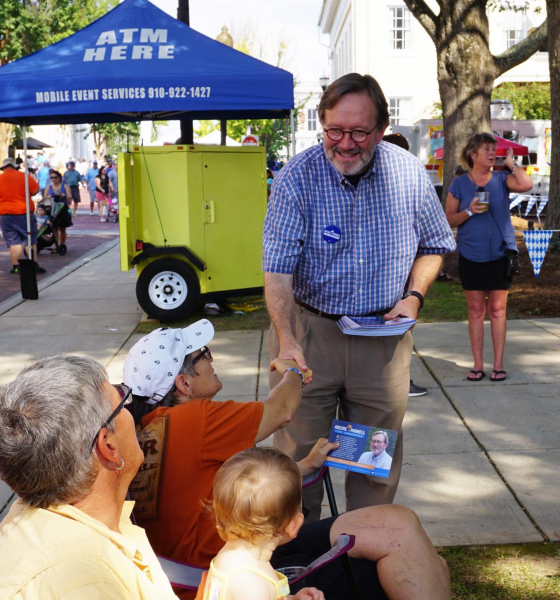 “This whole charade has been a disgrace …”

I object to the reference in a recent Joe Cunningham article that Archie Parnell had “no credible opposition” in his primary for the fifth congressional district seat in South Carolina.  I was his opponent.  I graduated from Dartmouth.  I’m good on the stump.  I know what the hell I am talking about.

Parnell spread the rumor that I was a Republican plant.  (S.C. Democratic Party chairman) Trav Robertson told me everyone was saying that (there was only one place that rumor could have come from).

Parnell stared so menacingly at my wife that she was upset and told me about it afterwards at the Fairfield County Democratic Convention.

I met Parnell twice.  Shook his hand.  He has one of those dead-fish handshakes.  That guy is scum and never should have run for office … ever.

I knew the first time I ever saw one of his House of Cards ads … that guy will never win.  He’s a creep.  I emailed his staff guy about that when I decided to run.  We had no debate in the fifth district.  Trav Robertson helped with that I would think.  Basically, the primary was rigged.  The saddest part is that I met another candidate who would have easily beaten Ralph Norman (right background, right work experience, impeccable reputation) but this candidate was told to step aside for Parnell.

This whole charade has been a disgrace. After being on the inside, I can clearly see why kids are still being shot at school and our healthcare system is a cruel hoax.

Steve: Thanks for the note. We covered your campaign, if I recall.  As to your assessment of the fifth district primary election, I suspect you are probably correct in your various surmises.  Very interesting to read of the “menacing stare” allegedly directed at your wife by Parnell.  Seems like the guy still has some “issues.”

Got something you’d like to say in response to one of our stories? Please feel free to submit your own guest column or letter to the editor via-email HERE. Got a tip for us? CLICK HERE. Got a technical question or a glitch to report? CLICK HERE. Want to support what we’re doing? SUBSCRIBE HERE.
Banner: Parnell for Congress